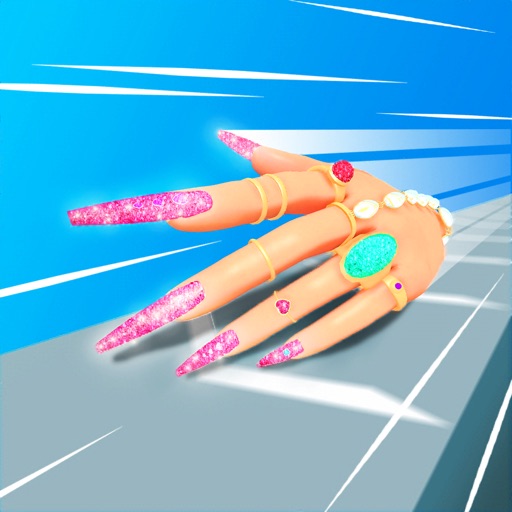 What is hand evolution runner app? Will you have the most beautiful hand? So let the evolution of your hand surprise everyone!

Gameplay: Swipe Right&Left to avoid obstacles and collect cosmetic products to evolve into the adorable hand.

Do you love Hand Evolution Runner app? Please share your friends!
Download and Install App Now 🚀 Play this game on your computer

What do you think Hand Evolution Runner app? Can you share your thoughts and app experiences with other peoples?

Thai game is the best game ever to exists i loved that this game came into my as life I would was depresseded before this cam into my moms eyes she naught me this game and I have loved it every sone!!!!!!!!!! Yea yea I’m at work right by my house playing this way so so don’t not intas to this game My gamma died when she saw this game she was like “eoo this is a ga game I have if store?” My dad was soooo exited that he sped tot get milk as done as he saw this game I besiege that he left to go get malkso we can satan up all night palling. So I’m yea this is because yea ok so I’m yes0

So, I really liked this game I thought the purpose and long nails were cute and really nice =) but as I kept playing the game it got boring, so then I saw the update button and pressed it and things got weird and I started to get anxious. When you start you have “ape hands” (monkey/gorilla) and uhm just why? Also why are you slapping people, obviously your going to go back a few levels if you slap a high number but why are you slapping people in the first place, another thing when you finish why are there dancing people in animal clothes. I don’t recommend this game please fix it.

Brianaplays - What happened to your game?

First of all basically the game is where you have a hand and it’s really bad and you have to make it look good and make your nails look longer and just all of that. But as I kept playing the levels got shorter and easier which is really annoying because it gets harder to beat your high score like one time I was on level 46 and the level was like two seconds long I barely got to get any nails. The game will be better if the levels are longer they’re pretty to fairly easy but they just very short now and it’s so hard to actually get your nails long and it’s just very crazy and weird how the levels are shorter even though I’m getting higher and levels. I think you guys should make the levels longer so it’s easier to get nails because I'm so close to deleting the game.

So i liked the game and it was very good but today when i got back on it they had updated the game. So i like how they made the hands better but i dont like how you just go down and get a high score you used to have to get all the way down and you would get to slap a girl a lot but now it’s just dumb and also on the way down the diamonds would be scattered and there were spin spikes that you couldn’t touch

First of all the only reason I gave it five stars was so it would show up, I would have given it a two. it only has two levels that repeat it selves and is a wast of time. The levels are to short and boring

I have it 3 stars because it’s a good game to waste time on, but levels keep getting easier instead of harder. The first level is long and harder than the rest, any other level is short and very easy. I don’t have anymore complaints, but I would like it to have harder levels, so I will probably be deleting the app.

I think this game would be good if it was a little bit easier and longer levels. But the main reason why I vote this one star is because every time you close the app and open it again…… you start all over again on level 1!!!!! I saw this game on tiktok thinking it would be fun, but it’s not. Please don’t download this game unless you want to be challenged and start all over again.

Pandpurplelove - Dont ever press the get button

1. Very glitchy 2. Gives u ads like “rate us” in the middle of the game 3. Gross and who would ever download this 4. Inappropriate gross with the hands and my sis says “I’m 4 and i think it’s a horror movie or maybe horror game” 5. There bad reviews and other people don’t want u to download it either (SO DONT) 6. Probably the worst games out of what I’ve seen this week and my option never download it And it’s HORRIBLE so don’t 😉😑

This game isn’t even time consuming. It moves too fast and you can barley even tell what you’re doing. Overall, the ads are trash, the "rewards" are trash, and the entire game is trash. If a game were to smell like those cheap plastic dolls from the Dollar Tree on the corner of a street where a bunch of hippies and homeless ppl live, it would be this game.

The game is great and it’s really fun, however the levels just repeat over and over again. I love the game and I like playing it but it keeps repeating which is so annoying. I don’t really recommend.

This game I really fun to play offline I was on I think around level 50-70 but randomly when I went into the game I was back to level 1 and everything was gone it looked as if I just got the game even I played for weeks. I was a fun game but it reset my levels :(

I’ve spent so much time on this game I collect everything and have gotten the line all the way full adorable and I still only get the last one 105?

Game makes my phone vibrate . After you win and the prize comes up and it’s jumping and vibrating….. it doesn’t stop. I have to close the app in order stop the vibrating. Annoying

Gooofy vibes only - HATE IT

I hate it because the girls always block you a lot of times plus at the end of the level when you have “beautiful” or “adorable” the girls have longer numbers to slap them out the way😡 and when I got adorable I went over the 105 and I didn't get to the girls with the diamonds at the end. Don't BOT GET THIS GAME!!!

I legit couldn’t even load into the game it would just stay on the loading screen.. is that glitch or something either way it’s annoying and a waste of space. I do not recommend this game to anyone :/

KooseBoos - When you get to the end

The game is overall great, but when your hand reaches the end with everyone cheering there are, Girls in bikinis and girls in bunny costumes. Change the ending please.

You can never get to the end so there is no point even if you finish the line!!!

Donasour - This game is trash

I don’t like how it was very short,it DIDNT even look like it in the add and when you play for a very long time and have a high level and close the app it reset the level so stupid,don’t download this game it’s horrible

This is the best game Ive ever played in my life, better than anything on anything

This game is so bad first of all there are so many ads and I can’t stand it! Second it moves so fast you can barely see what you are doing! And tired the ways the girls are dressed at the end is inappropriately offensive

ValeriaRodriguezVaquez - It doesn’t even let you win once

Pricess 1 - Not an good app

1.This game glitches alit so I would not recommend downloading this app 2. Its a horrible game like if I were to pick through a one through ten it will be a one

This game is so fun! But add more nails ideas

Just get rid of the stupid pet😭it’s in my way and is bothering me!! And I can’t get it off. I swear I’m not a Karen. I just can’t stand this stupid pet beside me

I dint enjoy this game - It’s not good

I do not like this game because when u play ur smack people in the face this could connect to kid that smacking people is ok and you can do it please change it!

Don’t have any words, it’s glitchy, inappropriate, and awful. Don’t waste your time

Hi there I love this game

I don’t like it. The hand animation is creepy. The giant people with their mouth open was scary, weird, and bizarre.

The game wont let you win, bc there are always the girls at the end. So even if you have the highest score you wont win

They've quite literally made it impossible to win. Don't waste your time.

When I first got the game I loved it but it will not let me in the game if it keeps doing this I will definitely delete it.

Whatthe heck yo - What?

Hi I was on level 200 and unlocked soooooo many things when I started I started on acene then I restarted my tablet and guess WHAT APP MAKERS IT RESTARTED ME NOW IM ON LEVEL 1 WHAT THE HECK.

This game is fun but every time the finish line there’s always big amounts of slapping ..

The camera view is horrendous

Not much ads, the animation is good, no glitches, and the idea of the hand evolution is kinda cool.

Wow this is a really fun and unique game all my family has it! Definitely recommended 😻

movements are too fast

The applications Hand Evolution Runner was published in the category Games on 2021-09-27 and was developed by Rollic Games [Developer ID: 1452111779]. This application file size is 279.2 MB. Hand Evolution Runner - Games app posted on 2022-02-23 current version is 2.6 and works well on IOS 11.0 and high versions. Google Play ID: com.Hyperlab.HandEvolutionRunner