Join millions of players worldwide as you build your village, raise a clan, and compete in epic Clan Wars!

Mustachioed Barbarians, fire wielding Wizards, and other unique troops are waiting for you! Enter the world of Clash!

New Features:
● Upgrade to the brand new Town Hall 13 and devastate your foes with the Giga Inferno!
● An all-new Hero, the Royal Champion, joins your army with her trusty spear and crushing Seeking Shield!
● Feel the furry-ous might of the newest troop, the Yeti and the horde-breaking defense, the Scattershot.

Classic Features:
● Join a Clan of fellow players or start your own and invite friends.
● Fight in Clan Wars as a team against other players across the globe.
● Test your skills in the competitive Clan War Leagues and prove you’re the best.
● Work together with your clan in Clan Games to earn valuable Magic Items
● Defend your village with a multitude of cannons, bombs, traps, mortars, and walls.
● Fight against the Goblin King in a campaign through the realm.
● Plan unique battle strategies with countless combinations of spells, troops, and Heroes!
● Friendly Challenges, Friendly Wars, and special events.
● Train unique troops with multiple levels of upgrades.
● Journey to the Builder Base and discover new buildings and characters in a mysterious world."


PLEASE NOTE! Clash of Clans is free to download and play, however, some game items can also be purchased for real money. If you don't want to use this feature, please disable in-app purchases in your device's settings. Also, under our Terms of Service and Privacy Policy, you must be at least 13 years of age to play or download Clash of Clans.

A network connection is also required.

Support: Chief, are you having problems? Visit http://supercell.helpshift.com/a/clash-of-clans/ or http://supr.cl/ClashForum or contact us in game by going to Settings > Help and Support.

What do you think Clash of Clans app? Can you share your thoughts and app experiences with other peoples?

Can you please add in a feature where we can see which of our clan mates is online I think it would be a great addition!

Houston Eazy - Please give it back

I would’ve given this a 5 star review if they would’ve kept the global chat .. I’ve been playing this game since it came out and I think this game is the best mobile game out there in my opinion , just please bring back global chat for entertainment and recruitment purposes !

Please bring the global chat back into play

I didnt get CWL rewards 🖕🏽

Bring back old hero animation, other than that great game

This game was amazing for the first 2 years I played it. Everything flowed smoothly, I was getting ready to Upgrade to Th10, I was happy overall with the game. Than our WiFi got cut. For about 3 weeks I couldn’t even touch the game. I thought, maybe the less attacks I make, the less I have to defend. A system like that would be more fair. But no. When I come back to the game, I had lost 400-ish trophies, I was kicked out of my clan for inactivity, my loot pool I had collected for Th10 was like almost gone, and my base was falling apart. Basically what I’m trying to get at, is that unless you either have lots of money to waste on gems, or you have inexplicable amounts of leftover time to play, this game is not worth it. I realized after I stopped playing this game how much time I had spent playing this game constantly. It’s addictive (and that’s bad) and it’s not worth your time or energy. Maybe if Supercell could for once not make a game completely fixated on making you play 24/7, I’d play their games. Please, if a dev sees this, at least consider making the game more fair for people who have lives, and don’t want to waste money. I get it’s to make a profit, but you’ve already got plenty of that.

I have been playing this game since about 2014 and have two accounts, one at TH9 and another at TH7. I really enjoy playing the game with my friends and winning wars with strategies we’ve come up with. However, I still have one major problem and that is how long and how expensive some upgrades are, especially in the higher town Hall levels. Wall upgrades take almost 1 million gold each and it gets even MORE expensive than that. Also upgrading most building take an insanely long time to complete (High level hero upgrades take almost a week each). That is just a little bit of advice, to make upgrades less expensive and take less time to complete so players can experience more of the game’s awesome features instead of having to wait days for a single upgrade. Other than that this is a great game and I have loved it for years.

jwudyyrhrjr - Been with for a long time

Gets old wants you play it for a year or two

ai is disgustingly bad and makes no sense, whenever programmed it clearly doesn’t have eyes

This game is good at first, but then it forces you to either pay to speed up upgrade times, or wait a day. It is really annoying, and I would like the times to be reduced.

I spend a lot of time in this game now/again, they got really good stuff going on now and the only problem is when I play, I always have to fight people two base levels higher than me and we’re either neck and neck or I don’t compare due to their advantage. I can’t get a bh6 to 3k trophies because all the bad bh7’s and 8’s soil it. Everytime I face someone my own builder base level I 3 star them. As for the townhall it’s better but I’m a th9 and th9’s don’t even exists for me anymore, it’s either th10 or 11 and it’s pretty annoying having to spam losing battles to lower your rank because others want to be a th11 in gold league. Definitely a fun game for creative/competitive people.

maxhububub - Keep up the good work!

Long Upgrades are the only thing that makes me not want to play this game sometimes but that’s it keep it up thank you for making it so great!!

This game is very good and deserves a 5 star review

This game used to be amazing, until they took out global, now the game is dying and no one is playing

I love this game and have been playing it since middle school but I recently bought a new phone and the first thing i did was get clash of clans and now I have to restart is there any way I can get my previous account back?!

This is a really good game. However the walls once you get to higher town halls are sooooooooo expensive. Most people just gem them but I don’t spend money on this game. Please make the walls cheaper.

After not playing clash of clans for years I decided to return and upon going through customer support to retrieve my old account, banned me from playing the game at all for phishing with no explanation. Upon emailing customer support they said that they could only help me if I used the in game support but I can’t since I’m permanently banned and after explaining that, they decided to just ignore me.

My father downloaded this game with some of his friends almost when it first came out and loved they taught me how to play. A few years later they named there bowling team after our clan, just months later the bowler came out and they loved it we have been playing it everyday since then and love the game

it wont let me put my id in

they got rid of global chat so its impossible to find a clan and not as fun. global chat was wild and i miss it please bring back.

We need global back it’s so hard finding good clans for you even though you have the settings you can customize it takes to much time half them deny no matter how good you are and it’s very boring global was always good time and exiting meeting others from all around the world ! Maybe consider adding it back :)

Hands down the best game I’ve ever played

ghhuik - This game is awesome!

Hey there should be an update where we can give people loot like Gold and Elixir and Dark Elixir but like a minimum amout.

There are a lot of people I know that think this game is boring but I don’t think it is. You should really change attacking because there are people that are 1-2 town halls higher than me and I just keep getting 3 starred I know I can fix that by editing my base but just make sure that only people at my town hall can attack me.

It can be addictive to some people it is very popular and i have played for years and like some people i have deleted it and downloaded it again,and by the way I think the clash of zombies is basically the same thing but it copied it ,it says at the top bored of COC play COZ

Johny shabadoo - I think a translator would help

This is a very fun game and pretty well made, but I think that everything on the clan chat should automatically translate to the language that you selected at the beginning of the game

The game is overall amazing and probably my favorite game to play, but the time it takes to upgrade some things is insane, it took me about a month or so just to upgrade my walls to level 7, and it takes days for other upgrades, but other than that, this game is great and I love it either way. 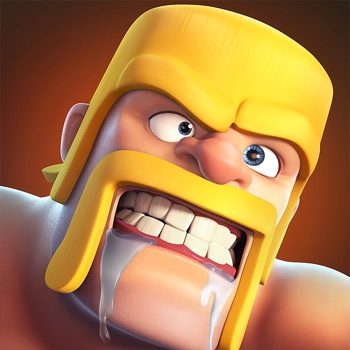