About Ember
“Back in the earliest days, there was no sun and the world was dark. The heavens opened up and stars fell like beacons into the pitch black world, and they were known as “Embers”. Powerful and wise druids of a primordial race, “the Lightbringers," roamed the orb searching for this luminous matter. They performed a ritual of awakening to call the “Embers” out of their deep sleep. Suddenly the world became bright, and the veil of darkness was lifted. The Embers were the embodiment of magical flame, light, and life, but as word spread about the sheer power of the Embers, they came to be hunted and captured…and so the War for Ember began…”
From the tome “Restoration of the Lightbringer”

A passion project 10 years in the making, Ember is a homage to classic role-playing games. Ember features a deep branching story, endless exploration across dynamic and living environments, a robust skill tree, and an intricate crafting system. In Ember, players are resurrected as a “Lightbringer” and summoned to protect the dying Embers as the world is on the brink of collapse. Beginning in the Deep Barrows, players traverse vast environments divided between aboveground and underground realms – ranging from lush forests to dry deserts and dark abysses – to reach the City of Light. The story unfolds through encounters with strangers, and players are forced to decide their destiny by making pivotal decisions.

Classic-style, role-playing game with 30+ hours of epic adventure
Epic storytelling filled with fascinating characters, lore, adventure, and humor
Over 70 quests with diverse gameplay enabling players to choose their path
Engaging party-based real-time combat system with tactical pause
Over 65 combat skills for the player to use in customized battle party strategy
Encounter hundreds of NPCs with their own tales to tell
In-depth crafting system, from baking bread to forging magic weapons
More than 20 handcrafted environments and shadowy dungeons
Meet different companions with their own backstory quests
Experience dynamic weather and time of day system

What do you think Ember app? Can you share your thoughts and app experiences with other peoples?

Thank you for supporting Ember. •Fixed a text bug where the damage type for Ranged and Magic weapons was reversed on the weapon info sheet •Added button to sell all crude equipment to merchant screen •High quality crafted food returns a small amount of energy, making crafted food much more useful •You can now drag consumable items onto party member portraits to use them on that party member easily 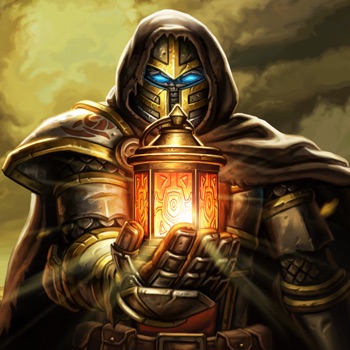