Just tap and hold to fill your bus with people!

Fit passengers to the limit!

What do you think Overloaded! app? Can you share your thoughts and app experiences with other peoples?

I really don’t wanna be a hater but I really think we could get some new updates! Maybe better people on your first try! I hope some of you agree with me! I wanna make sure everyone has fun tho! Ofc everyone should be happy but this is just not me if I think of me! I personally think of Commuters Thanks for your time! :) :D bye!!

red head 😜 - Thanks for the advice

It is some much better with no adds

Do you like watching ads? If so then this game is for YOU! Kind of a fun concept although goes in the same direction of other similar games like Idle Hole where you just get stuck in an endless loop of upgrading different facets of the game. In between endless ads.

It makes you want to play more

This game is such s scam! It practically doesn’t let you play at all and just does it for you!! It is very boring it makes me sad when fame adds look so fun but when you play the game they such like this one! 😡😭

Good game but there’s more ads than there is play time, will be the first time I delete a game due to the amount of ads it has

How do you play the first round?

This game is nothing but adware targeted to kids. I highly recommend not installing it, and Apple, why aren’t you banning these as they violate the App Store policies.

#blooper - Not letting me play

I only played one level and it played all the other ones for me. Hate it.

Please cut down on the ads. The game takes 10 seconds but we get a 30 second ad after every. Single. game. 🙄. I love the game, but the ads are too much.

I understand that you all are mad with games like this with many add but here’s a way to get no adds... JUST TURN OF YOUR INTERNET CONNECTION/WIFI

most relaxing Game in the universe😌

Fun time waster, however every level completed requires you to watch an ad.

If you turn your internet off you won’t have ads, I’ve been playing all morning and haven’t had one ad

NoLifeMatt - App has way too many ads

I love the app don’t get me wrong, it’s a great time passer and super simple. But there are just way too many ads. You choose not to get 3x after each round? Okay, we don’t care, here’s an ad. Want to play without getting annoyed by ads? We don’t care, here’s an ad. For the love of god cut down on the ads, I have always loved the concept of these apps but the ads are out of hand at this point. Make it every 5 or so levels you get an ad, not after every. Single. Round. Game companies like this would make so much more money if they didn’t put so many ads because people get tired of watching so many ads with little playtime in between. And 2.99 for no ads? You’re kidding me. You make way more money with ads than without and 2.99 would be a loss for you anyway? That is, unless you still have ads in the no ads package like most games of these do. Stop being so scammy and have less ads, it will bring in better players and more playtime. Uninstalling until fixed.

This game is the best. Ecause it’s satisfying a bit XD

Game is extremely simple and you will get bored after the first two levels, the levels were just designed so you can get an ad afterwards.

The game is fun and super simple but you have to watch an ad after finishing every single level. There’s an option to her 2x the cash if you watch the ad but even if you decline, you have to watch a full ad regardless. Obvious solution is just always pick the 2x but I’d rather just not waste 15-45 seconds between every level.

So many ads, makes it unplayable.

It’s a fun Game but it’s not enjoyable when theres so many ads!

Gish fish - So many ads

Each time you play its like a 30 second round you gain coins however you can only gain those coins or move to the next round by clicking “claim” which then takes you to an ad EVERYTIME. The game is not worth that amount of time you waist clicking out of ads.

Also it gets boring after a while. And adds. Wayyyyytoo many ads. Even if you pick not to watch the add for 2x cash you have to watch an ad. Stupid. Deleted

lgbtqa4u - Good game, too many ads

After every round it tells me to collect my money, then there’s an option for 2x but I have to watch an ad. What’s the point of giving me a decline option if I have to just watch an ad anyways??

Very simple game- load up the bus to earn the moneys... But every few levels I won’t have the money to upgrade (at all or any more) and the start button will not start the next level. So have to close out the app and expense to keep playing.

I get it’s a free game, but that just insane I have to watch an ad just to upgrade things

1. Very entertaining 2. If you don’t want ads, turn off the Wi-Fi 3. This is a good app if your bored / waiting 4. Nicely Put together I’ve enjoyed playing and I Love Lvl 67

So since we all have to pay for data on cell phones. Unless you have an unlimited plan (which I don’t) every time I click the “No thanks” button to double your score, it plays an ad anyways with no bonus !! If I don’t want to watch an ad then I shouldn’t have too !! Played this app for about 2 levels and then deleted it because of this trick ! Screw you developers !!

@TennantJeff I hope the healthcare system isnt overloaded like last time, that was brutal.

@MarciHunni @jodijode1 @marklevinshow Overloaded with ballots, do you think they'll be checked? NV gov changed our…

@RockStreetIrish They were, but man I overloaded my plate! 😋

@enzer33 @nealejones @L2MATA Well that's part of the problem and why we have had to take measures such as lockdown.… 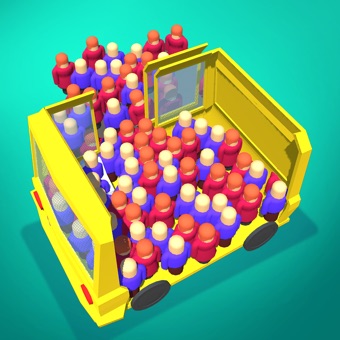