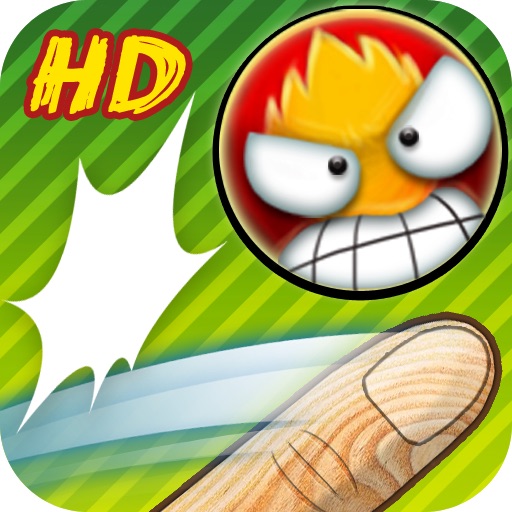 What is flick home run ! hd - free app? Flick your finger and make a homerun.
You can experience a real baseball batting through the physical pendulum.

This is a game in which you can experience various throws based on the pendulum. The ball will fly further if you can hit the ball directly with the quick flick. Experience a “real-life like” batting simulation.

What do you think Flick Home Run ! HD - FREE app? Can you share your thoughts and app experiences with other peoples?

Warning: Trying to access array offset on value of type null in /var/www/vhosts/appsrankings.com/httpdocs/app_main.php on line 248

Warning: Trying to access array offset on value of type null in /var/www/vhosts/appsrankings.com/httpdocs/app_main.php on line 249

Warning: Trying to access array offset on value of type null in /var/www/vhosts/appsrankings.com/httpdocs/app_main.php on line 251

It's a fun game but they lock all the modes and make the other modes very, very difficult to unlock and takes a lot of time... Also when you clearly see you swipe through the ball it says you either miss or the ball gets hit backwards...it is a fun game but fix those bugs with hitting and don't lock every mode in the game and make it impossible to unlock, otherwise I wouldn't pay two dollars for locked modes

Tiredofbuying - Way too hard to open other levels

Been playing this for a week or two now and it's not worth the $1.99 I paid solely because I can't get any other levels open. Having to reach step 15 to open the levels is ridiculous for an app you have to pay for. It takes way too much time and effort to even get halfway there. MAKE OPENING THE OTHER LEVELS EASIER TO DO. I PAID FOR THE APP...I SHOULD HAVE ACCESS TO THE FEATURES.

This game is so fun! It's also really cool because you can hit the ball so far that it can go out of the limits!! It's just challenging which is even more fun! I totally think you should get this super fun game!

35 on asphalt - Not worth the storage

I got this game before there was a free version, and a pay version. This game should not cost money, for the small amount of content, and especially if your going to make the free version a game the does not properly fit the screen, and you can only hit the ball a tiny amount. Back when this game was FTP I would sit and play this for hours, but now it is a heaping pile of greedy developing. DO NOT GET THIS GAME!

SelGomezRockz825 - Better than the full version!!

It is WAYY better than the full version. Hands down

Lanerdoodle - Dose not work with version of iOS

Fun working up through the levels.

Bad fish game - Are you kidding me

I see where this game could possibly be fun in the paid version, but putting such an easy to obtain max, the free version is not fun.

You can forget flappy bird,this is THE most rage inducing game ever.

#unicorns are AWESOME - I love it!

This app is the best app EVER! It’s so addicting and fun!

It's not the best game ever but pretty fun to play,

Game is terrible, only 2 modes and 1 is bunting!I mean come on! I would rate this 0 stars if I could but I can't.

Are you kidding me! Limited stuff. 2 modes. That's completely boring. Do not get this!

This game is frustrating and a waist of time. DO NOT PLAY!

used to be a fun app but when they updated it to include a 700 foot maximum on the free version they lost me.

Great game!!!I love playing it,even though it can be challenging.Which makes it even more fun!

When its supposed to be a direct hit is a miss in this game.

The swipe detection is sloppy every time I swing,the swipe goes right through the ball