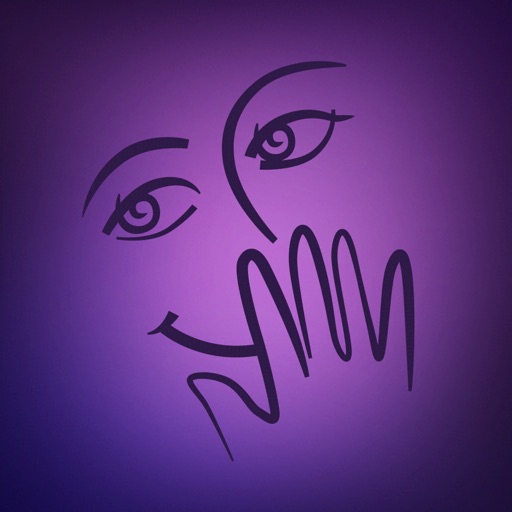 What is taboo - official party game app? It’s the game Ellen played with Katy Perry on her show. Like Charades with words not actions, split into 2 teams and take it in turns to describe the words on the cards. Your team has to guess as many as possible before the timer runs out! Play with video chat and throw a house party on your phone!

ABOUT THE GAME
Taboo is a group game for adults and perfect for a fun night in with friends. How do you describe APPLE when the words RED, FRUIT, PIE, CIDER and CORE are all taboo? If you use a taboo word by mistake, the other team will buzz and you’ll lose a point. Have noisy hilarious fun either online using in-game video chat or in person. Split into two teams, or go head-to-head in 2 Player mode. Think fast and talk your way to victory!

FEATURES
- FULLY CUSTOMISABLE - Decide the number of players, rounds, how many turns per round and how many skips are allowed
- AD-FREE GAME - Have fun with zero ads to distract you
- COMPLETE STARTER CARD DECK - Includes cards from the original game
- FULLY TRANSLATED - Available in: English, French, German, Spanish, Italian, Turkish, Greek, Polish, Hindi

Buy fun themed decks to keep your game fresh, including:

- IN-GAME VIDEO CHAT - You don’t need extra apps or screens! Play the game face-to-face with 2-6 friends, wherever you are
- NEW - One vs All Mode

It’s every player for themselves in this brand new mode!

- Play with up to 10 friends!
- Take it in turns to be the Clue-giver while everyone else guesses
- A leaderboard will announce the winners


One vs All Mode is available in Local Party Mode, and is coming soon to Online Video Mode!

If you’re all in the same place, you can play with as many friends as you like, using a single phone!

A Clue-giver is assigned from Team A
Clue-givers are chosen by the app, with team A and B taking it in turns.

Team B stand by the Buzzer
Team B will buzz if the Clue-giver says a taboo word!

Watch the timer
Your team must guess as many words as possible before the time runs out.

Do you love Taboo - Official Party Game app? Please share your friends!
Download and Install App Now 🚀 Play this game on your computer

What do you think Taboo - Official Party Game app? Can you share your thoughts and app experiences with other peoples?

We have two HUGE updates for you! 1. Taboo: Official Party Game is now free to download and play! Enjoy unlimited games with the Complete Starter Card Deck. 2. By popular demand, we’ve developed a game mode where you can take it in turns to be the Clue-giver on a single device without the need to team-up! - Play with up to 10 friends in Local Party Mode - Take it in turns to be the Clue-giver while everyone else guesses - Call yourself out if you use a taboo word - Find out who won with a leaderboard at the end of each game.

We have two HUGE updates for you! 1. Taboo is now free to download! Enjoy unlimited games with the Complete Starter Card Deck. 2. By popular demand, we’ve developed a game mode where you can take it in turns to be the Clue-giver on a single device without the need to team-up! - Play with up to 10 friends in Local Party Mode - Take it in turns to be the Clue-giver while everyone else guesses - Find out who won with a leaderboard at the end of each game.

It’s a triple update! We’ve been pulling out all the stops to make Taboo even better! CUSTOMISATIONS - Some of you said you asked for more game customisation options, and we listened! Now you can: - Choose the number of rounds in your game - Set your own time limit for each round - Decide how many card skips are allowed NEW LANGUAGES - We’ve had requests for more language translations, so now as well as: - English - French - German - Spanish - Italian - Turkish You can play Taboo in: - Greek - Polish - Hindi THE MIDNIGHT DECK - A brand new deck of adult-only cards! Wrap your tongue around the naughtiest words. Get together for a date night with a difference, or gather your closest friends together for x-rated hilarity..

We we’re stuck in the rain and needed a fun last time while the storm made its way through. Everyone young and old had a blast. And unlike the classic card game, these words were easy for the youngsters. It’s a bonus option that you can expand your deck. It does come at a extra cost, but the topics will have everyone in tears trying to explain it or guess. Can’t wait to play this on our next family road trip.

I love the original card game version of Taboo, but for convenience, my family and I played the app version of Taboo on Thanksgiving day. It was fun, but the programmers clearly did not implement a way for recently played cards to be remembered by the app. We played three separate games, and got multiple repeats of cards during those three games. Considering how that Taboo has a ridiculously large number of words to choose from, the fact that repeats showed up so quickly was extremely odd. Fix that, and the electronic version will be quite good. Still, worth the money spent.

I think the app is great but having the option to choose your deck before you play really narrows the field for guessing. There should be an update letting us mix the decks. Also, why limit the rounds to 20? We should play as many rounds as we see fit. Please fix these minor issues. Thanks.

for younger players in my family, i want the ability to add more time to their timer, but can’t. also, in the hard copy non-digital non-app version of Taboo, to disincentivize too much skipping, we like to deduct a point for every skip, but can’t do that in the app. i’ll update my rating to 5 stars once more game play options are added for “house rules” customization.

We played about 4 games and then the words just started repeating. Seemed like they were even in the same order. All the words in the English language and this game only has about 50 of them. I added 2 additional packs, but I think the main pack should have a bigger variety of words.

App works fine, but missed a critical feature in my opinion. If I mis-clicked a button, or the time ran out before I could input a result, I'd like to be able to manually edit the result for each word before moving on to the other team's turn.

Our game stopped in the middle of playing to tell us we had to pay. That’s ridiculous

Doesn’t work at all?…

Marhsa - Fun way to while away your time

Fun way to while away your time

Taboo still has not optimized their game for ProMotion displays on the iPad Pro and iPhone 13 Pro making it look jarring to look at. Fix this please!