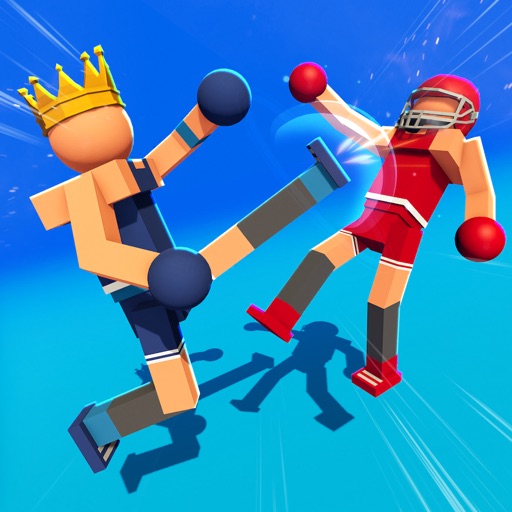 What is ragdoll fighter app? This game is ragdoll physics based fighting,where mistakes have real consequences. Will you beat the other fighters and become the next champion?

Do you love Ragdoll Fighter app? Please share your friends!
Download and Install App Now 🚀 Play this game on your computer

What do you think Ragdoll Fighter app? Can you share your thoughts and app experiences with other peoples?

How to contact Ragdoll Fighter (Rollic Games)?
Find this site the customer service details of Ragdoll Fighter. Besides contact details, the page also offers a brief overview of the digital toy company. https://appsupports.co/1560643139/ragdoll-fighter/contact

I love this game, but I think I know a way to improve it! Instead of watching ads for new moves, make it coins! Yes, I know it’s how you make money, but some people don’t like watching ads, so they play the game only using your basic attack. I had to watch too many ads, just for a move to be unlocked. Also, it would be great to make stats for the fighters that go up using coins. I feel that after unlocking all the characters, you have no purpose for coins... Bug: After unlocking all the moves, they still come up telling me to watch an ad to get them, even though I already have it. -Jakoby

I’m new to the game but when I saw it on an advertisement it reminded me of a game I used to play on my iPad like 3-5 years ago, it was a game about ragdolls and they would fight, they looked like cube people , there were multiple maps and you can choose how many people you wanted, there was also multiplayer and a couples secret level things, no ads and it was just fun, this game is fun and it reminded me of those 3-5 years ago.

Fun concept but doesn’t really keep me entertained and it gets pretty boring after while since there’s practically no controls, you just kinda move towards your opponent and the characters fight themselves. It reminds me of the game drunken wrestlers which was a really fun game and I downloaded this game hoping it was something like that

Whenever I do the special move from level 4 repeatedly I start to fly. Also can you make the levels get a little harder. Thank you for listening.

I find this app absolutely amazing, i was only hoping you could add 2 player, more maps and skins, and maybe even able to customize your character!

I love this game. It’s great, it’s easy,and it’s fun. I love the new updates with Special moves and new maps. The only problem is executing special moves. It’s really hard, and I think I’m doing it perfectly. If this is fixed, I’ll be greatfull. Keep it up!

Nightmarefnaf45 - Add customization for your character

Stained56 - Alright but to many ads

Alright so the game itself is good but there is practically an ad after every fight. Which means you can get an ad every 15 seconds. I know that the game has to make profit. But the fact that to learn a new move you have to watch an ad, disgusts me. You are basically being forced to watch an ad just to upgrade.

It’s a fun concept but an unfinished game. Like others say, it would be great if there was a skin shop. I also had to try really hard to lose. It seems like it’s rigged for the player to win. It lacks challenge. Fun concept and I hope y’all keep working on the game. Right now it’s just meh

The game is really good but i could literally stand still and it with punch for me and i could easily win. Make the game more challenging

So I saw this game on a ad and the thought it was fun. Well it was but the controls are to hard to use, when I use a skill it will on do a basic punch plz help me or fix it.

LiLjUgGg - This is the most entertaining mobile game

I love this game its fun and addicting! And its a great time killer! But one thing you should add is a customizable character feature, it would really improve the game!

Juggolosus - Just one thing though

Add a map selector/level selector so we can replay certain maps. It would be a great addition.

The game is very good but on a certain boss level there is an invisible barrier that I and the boss cant pass. If you give me an email address I can send a screen recording of it.

i like the game and all but improve the weapons because when i pick one up it makes attack less.

Ggghjhbjoj9huinh - How do you lose

Ooooooooooooooomg - Great game couple things you should add though

I always get stuck in the boxing Ariana

I love the game and all but it has too many ads. Every game I win there’s an ad at the end. If it keeps up I will write another review saying it’s bad and 1 star! Don’t set me off

Plz add to the game sound and blood also multiplayer and 1 screen 2 players the game will be so much funnier!!!!!

Hi can you just add more maps and skin thank you

Anytime the option to watch a video to learn a new move comes up I can’t watch the video. The only thing I can click on is no thanks.

Can you guys make a skin shop?

You need to add more stuff. it’s just the same thing every 4 levels with just a little different scenery. weapons would be cool and so would skins

Where are the weapons because I can’t see it

I literally just got this and on level 15 amazing!😎🥳

Why have special moves if they work 1 out of 20 times they’re attempted? The controls are horrible, and more than half the time the game doesn’t recognize you’re even trying to do a move. Grossly lazy devs

THE ADS ARE SO OBNOXIOUS, there's fake x to close and even when I click exit, the app store will still open and I won't be able to play the game at all. plus you can only unlock stuff by watching these ads.

don’t get me wrong this game is super fun but i feel like skins and other items should be available like an item shop but that’s pretty much it for sure download this game is addicting!

Dyzaa - Take out the ads!

I can barely play the game . Mostly ads! I understand that’s how you get your money but still . It’s gonna leave bad reviews .

Jaytoosmooth - Good game too much ads

TURTLEZ ARE FUN - Love it

Espltd81 - WAY TO GOOD SO GOOD

Gbbbby - This is the best game ever!!

I think you should play it

I love the game and the physics but I would love to have a shop so u can customise ur character. =D <3

So fun and addictive this is a must play😍

This game is great, simple fighting but great winning and ragdoll fighting. The only issue is that levels repeat. And it gets easier. I suggest you add more skins and accessories. Add new skills. Add new levels. Add a harder game mode of it. I’m certain your game will be more popular if you complete these.

Lol mater - i mean its alright

I love the fact that you can be special moves

After EVERY fight get ready to waste at least half a minute on an ad. You’ll spend more time watching ads than playing with this game!

Fun game but I’d like sound effects and more customization.