Isn’t it amazing that you can create a whole new color by mixing 2 basic ones?
Let’s see if you have any artist quality with “Mix Colors”.

The Rule is simple:
Create same color with the given theme to clear game!
You can press the flushing button as many times as you want to adjust the color.

Pour the liquid until it reaches the line of the container.
(Remember: Do not let it overflows.)

When you think it’s done, press the OK button to check the result!

What do you think Mix Colors! app? Can you share your thoughts and app experiences with other peoples?

Just turn off your WiFi, not hard.

Great game, but there are adds everytime you touch your screen and you can’t skip them

The ads make the game almost unplayable. Had back to back ads between basically each level, plus more for the unskippable wheel.

Would be a great, relaxing and satisfying game if there weren’t SO. MANY. FREAKING. ADS. that just end up frustrating me when I’m trying to use the app to relax.

I’m Karen and I bought this app for my son, it had so much false advertising and lies it tricked my son into spending MY money just so you can collect a couple pennies I’m so disappointed!!!😒

It’s an ok game, I can see it getting boring after a while, however I won’t be continuing past Lvl.4. I have already seen nearly 10 ad’s (one between each level and then one for each bonus/chest you earn) in the short few minuets I’ve had the app, completely ridiculous for a paid game, not even worth it.

Cool game but there are so many ads it’s unplayable.

I love this game.

love this game. theres a repeat of quite a few colours but i find it so satisfying. id love to see more colours. 4 stars for the excessive ads, but since ive unlocked all the jars i just play with wifi off. add more colours and jars, please!

It never let’s me get ANYTHING with ads. I can’t get chests or anything Good game though

I was so impressed how fun you made this app.I love how you could use the colours and make fun things with it! I give it 5 stars!Because it is so fun and I LOVE playing it in my bed.Can you make a new fun game on the app?

When I play the game there are too many ads.

I’ve only had it downloaded for 10 minutes and I’ve already watched more ads than I’ve played. I will be deleting.

Too many ads. Completely unplayable.

Preggobabe776 - F off with the ads

Game itself was fun but the amount of ads was ridiculous. I don’t mind ads on games but not when the ad is 3x as long as it took to complete the level, between every single level.

L like the game but like everyone mentioned wayyyyy too many ads, my gosh. I also find the game a bit too easy.

This game is the BEST!!! Like mua mua! Love it! So Awesome so cool just... MMM JUST THE DAMN BEST

I would like way less commercials. Please take this advice.👍

keenerdemeanor - WAY too many ads.

Not only are there advertisements between levels, but also ads that randomly pop up as you’re in settings? The advertisements disrupt game play and make it impossible to enjoy. It’s a great concept - but offer an ad-free version!!! I would gladly pay to enjoy the game uninterrupted.

Way too many ads. It was fun enough but after each very short level was an ad that was longer than the level

I have the colour and it still says it’s wrong! I do not recommend this game. It is a waste of time.

Like the game but used it for 10 minutes and got 5 ads between every single thing and to claim gifts you have to watch more ads it’s just too much .

The gameplay is enjoyable but the amount of ads is insane. Will not play because of it.

This game has a great concept but bad execution. It keeps freezing. I mixed the colours and got it to the right shade but then i didn’t advance to the next level it’s still frozen on the first level and i can’t press any buttons. I literally downloaded this app 2 minutes and am already having problems. This was a waste of my time.

the game itself is really fun but they keep using the same Colors over and over again which isn’t fun. The amount of ads is crazy and really annoying.

movita - Far too many ads

Downloaded because it was one of the top-ranked games in the App Store. Was subjected to ad after ad.

Every time I try and play it kicks me out!!

Too much! Enter the game, wait 3 seconds, get kicked, get frustrated and delete so many apps to make the game actually work. Not happy! 😡😡😡😡

Well the game is good, and fun, but incorrect. I get the color correct, and they match, then it says ‘miss’. I need to add way too much of the lighter color and then when it says I’m correct the colors don’t match at all. Please tell the person that made this game to get someone else to double check. Thank you.

Wayyyy too many ads. There is an ad after every level like actually stop!

Cwowryk - So many LONG ads

Some of which play loud music even when phone on silent. Sweet game but way too many ads and no option to go ad free.

I found the actual game pretty good however the amount of adverts on there, pretty much every couple minutes stressed me out to the point I had to delete it... couldn’t play it properly with so many of them.

have won all the mixing bowl things and the shape collection (ie melon, smiley face etc) and now i’m just collecting diamonds for no reason :(

Would be good, but there’s soooooo many adverts! It had to go 🙄

The game itself is good but I get wayyyyy too many ads!

BabmcdRugzgGbo - How to raise downloads by 10 times?

WhatsApp Truth revealed - THE TEA ☕️- 100% true- Skip to Overall if you want.

This game is very fun, however after some time (mixing colours) it gets quite boring. For sos we people as you may read, the app crashes before you can even download it! So don’t be surprised if it happens. Many ads do pop up which is quite frustrating but I would definitely recommend for youngsters like 4+ (I am 10+). OVERALL, I rate this app with a 4 star review. It is very fun to play, gets boring especially with the ads. And apparently crashes for some people too. So, it’s an ‘ok’ download but nothing more. However it does get quite fun when you mix multiple colours together and for 4+ children, it will teach them colours and what to combinations make a certain colour. Eg. Blue + Yellow = Green. I hope this helped for all adults/children who have questions about this game.

good but gets boring after a bit irecomebd

Gets a bit boring after a while

@tweepla Haha. No. I made one of white, then used a small glass container to mix the colors one at a time. I just rinsed it in between 😂

@FitzTheReporter: @DarwinBondGraha Yes, seconded. The folks I saw busting the windows of a Specialty's were a mix of colors. They were,…

@LinguereEnterp1: We have some new Kunta Kinte fabric styles and options for you including these plain colors below. Mix and match the p…

@FitzTheReporter: @DarwinBondGraha Yes, seconded. The folks I saw busting the windows of a Specialty's were a mix of colors. They were,…

@mahcneto Sweet! Will most or all of the colors be new, or will it be an additional 8 on top of whats already there… 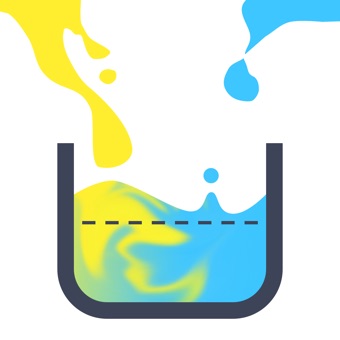