Challenge your deductive skills by helping our two young heroes on their quest to bring the legendary paintings of Pictoria back!
Look carefully at the numbers on the edges of the grid to stop the sneaky wizard Moonface...


- Face plenty of grids and discover some beautifully animated enemies and artefacts!

- Fight baddies (even bosses!) on the way. Be smart or you could be the target of a critical hit!

- Having some issues with a specific puzzle? Head to the shop and spend some gold on powerful magic items.

- Try to reach the end of the world map, one puzzle at a time. You'll find villagers giving you special missions, too!

PictoQuest is an addictive game for everyone, come save the realm of Pictoria!

this is a full game with absolutely zero ingame purchases!

What do you think PictoQuest app? Can you share your thoughts and app experiences with other peoples?

If you love nonograms/picross puzzles, this adds a fun change of pace. I do have a question for the devs though, I got a blessing from the mermaid, but have no idea what it does (if anything). Thanks for making a fun game!!!

JamesZa - Differentiates itself from other Picross games.

Lovely art, fun puzzles. It has a really nice interface for playing the puzzles. Playing on iPad seems to be the best way to play, it seems like others are complaining while playing on smaller devices. Honestly, I’m not sure what they are expecting. Picross games, by their nature, are very space dependent. I don’t think the developer should be docked stars for something out of there control. I like the RPG environment, with all of the Picross games out there this one can differentiate itself with its atmosphere. However, the RPG elements, in my opinion, don’t add anything to the game. I don’t like being rushed playing any kind of puzzle and many of the challenges are timed based. The power ups you earn just help with solving the puzzle or give you more time. I don’t want the game to solve the puzzle for me and I don’t want to rush. Therefore the zen mode is my best option, but that, kind of, ruins the whole conceit of the game’s concept. But, the developer TRIED which I think is the most important thing. They could have just made it another well-designed Picross game and it could then have been added to the existing pile. Also the graphics and animations are spot on and really fun. Looking forward to what they do in the future.

Overall I enjoyed the game, but there were a few things that made it more stressful than it should have been, and a few missed opportunities that would have made this exceptional. I played this all the way through on a new iPad Mini. The touch controls are okay for the smaller grids, but once it hit the 15&20 across puzzles, I needed to use the Apple Pencil to be precise enough. Even then, I accidentally hit a square I wasn’t meaning to quite a bit. It’s strange that the puzzles didn’t take up more of the screen - there was plenty of unused space there. There is an option for a D-pad interface, it I found that to be way too slow, considering the game is essentially timed. I would have liked a faster way of switching between fills and X's. The Konami nonogram game really nailed the UI for a touch screen, so hopefully the sequel to this could learn from that. The RPG elements were an interesting idea, but I wish there was a bit more variety in the powerups. Some sort of weapons and armor system would have been nice to buy more time, and earning stars or XP or something like that by finishing a puzzle within a time limit or with no mistakes would have been cool. I would have liked to be able to knock monsters out more quickly via combos or powerups or something like that, and then have time at the end to finish up puzzles in my own time or aim for better times without having the monsters attacking me to waste time and ruin my concentration. Only being able to access the shop a certain points was really annoying. The other option was to backtrack a lot, very slowly with no idea of how far it was to the shop because you couldn’t zoom out on the map. I also didn’t understand the point of the warp points. I never needed to go back and re-solve a puzzle and I couldn’t see which warp was close to a shop in advance, so I just didn’t end up using them . It was good enough to finish, but I really hope to see a better thought out sequel in the future.

Horrible dialog. Useless story. Basically no story at all. We shouldn’t have to press the X or square to switch to them. It should be a toggle. Tap anywhere in the lower right side to toggle. That way we don’t have to take our eyes off the puzzle.

I love the concept of the game and the overall feel. I don’t think it is that fun to play simply because the controls are awful. It has a small d-pad that is so small that most of the time I hit the wrong direction. They have speed games that make it near impossible to beat because the controls are so unresponsive. If this can get fixed I think the game is a 5 star game.

BethArific - Picross of my dreams!

I’m so happy this is Premium and not ruined by micro-transactions! Love how large the puzzles are, I prefer 20x20 and over as I enjoy the challenge. This does such a fab job of giving me the challenge I desire with puzzles that are logically solvable!

First off let me start by saying w/out seeing a full view of the map I love knowing how far I am into the game, thanks for the percentage. Secondly, to anyone who has played games like Worlds biggest pixel cross then this is definitely worth the money. I played the lather for roughly a few months and got tired of it cause it was nothing new and a grind waiting for tokens. However this game i would say is fairly priced, I haven’t encountered a single ad, and it keeps you on your toes. Third, I honestly think the “game pad” is useless. No matter how many times I try to use it, it just hates me. Being a person with big thumbs I hit the wrong thing (I thought to myself). However I tested it time and time again and even with my fine touch pen. The joystick in the game is wonky. I’ll hit right and it’ll go any direction. (Most likely a bug) so my recommendation is to enable the touch screen. (Again big thumbs here) make sure you actually hit the [_] and X and make sure it’s highlighted. Many of times I’ll hit either or and it doesn’t change. Finally, I wanna thank the devs for such a unique combination between game styles, an old rpg feel like breath of fire mixed in with newer game type like pixel cross. I absolutely love the game and can’t wait to be a future customer again. Overall 9.5/10 (big thumbs)

I love these kinds of logic puzzles and I love rpg.. good idea and concept. Unfortunately, it must be touchscreen in order for this game to be a hit. The 15 second challenges are absurd, if you can’t quickly fill in rows. Great start, but touch screen is a must for these types of games.

Fun game when the grids are small. Graphic is fine if you are playing on tablets, iPhone users need a magnifying glass to see. *UPDATE- today I just discovered the 20x15 grid, and the square are way too small even with the virtual pad. Even with the virtual pad navigating the cursor around, the virtual pad itself is so small. There are a lot of empty spaces outside the playing table, I wish the developer can utilize these empty spaces to make the graphic larger. The Autofill is working well, so I don’t have to fill-in the Xs resulting mistakes- again, because everything is so small!!! UPDATE- Reducing the coin to purchase power-up is a great update.

Love the idea, but the gameplay is off. There is no way to touch a square and not fill it for instance, which is very annoying. The coins are way to low for what you need .

I like this game, but I would like the option to not have timers on some of the puzzles. I like to play picross games at my own pace to relax. Timed levels are very stressful.

Touch controls often fill entire lines or the wrong square entirely. No auto fill for completed lines. You can only play in landscape mode. No audio cue when you switch from cross to fill. You get very little gold versus what shop items cost. The RPG element further hinders a below average picross game. Look elsewhere.

The control is atrocious. Direction pad buttons are small and easy for inaccuracies which is frosting for timed quests. The touch version only works for 15x15 size, because tiles get smaller to fit in a small board, even on my iPad it’s so difficult to just manoeuvre. Basic graphics, non existent story line, no bad music score, I can’t imagine how ill designed the interface would be on 30x30 unless the board is scaled to take advantage of wasted screen real estate.

As a nonogram big fan, this is epic. This game makes nonogram more funnier than ever. Cheer! 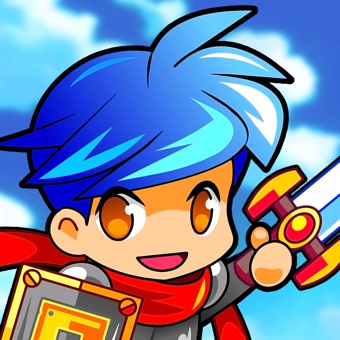