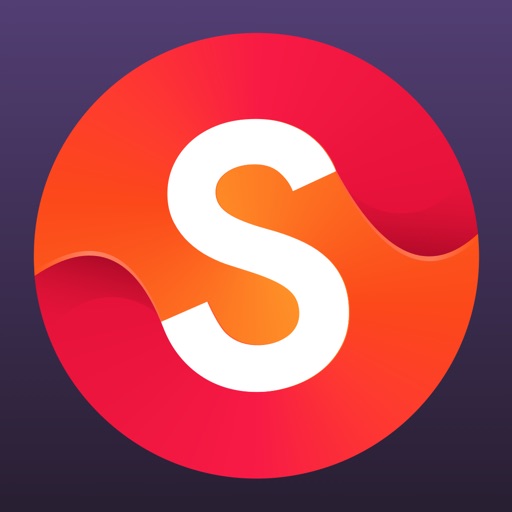 What is sphinx trivia - win real cash app? Enjoy real-time trivia with players from all over the world and train your general knowledge and skills offline in the special trivia training mode.

Not sure? Here are just a few reasons why Sphinx Trivia is awesome:
- NO boring and deep digging content;
- NO ads and product placements during live quizzes;
- NO long empty talks between questions;
- NO real hosts pretending to be funny;
- NO question repeats;
- ONLY quick brain workouts every day.

Offline mode subscription terms:
Sphinx Trivia offers 3-day free trial with full access to offline training mode that contains thousands of trivia questions in different categories, such as Art, Books, Business, Entertainment, Famous People, General Knowledge, Geography, History, Music, Science and Nature, Sports, Technology, TV and Movies.
If you choose to subscribe, you will be charged a subscription fee according to your country. The subscription fee will be shown in the app before you complete the payment. Payment will be charged to iTunes Account at confirmation of purchase. Subscription automatically renews unless auto-renew is turned off at least 24-hours before the end of the current period. Account will be charged for renewal within 24-hours prior to the end of the current period, and identify the cost of the renewal. Subscriptions may be managed by the user and auto-renewal may be turned off by going to the user's Account Settings after purchase. No cancellation of the current subscription is allowed during active subscription period.

What do you think Sphinx Trivia - Win Real Cash app? Can you share your thoughts and app experiences with other peoples?

It’s a fun game. But it’s unfair to allow VIP users to have major advantage. So I think you should improve by removing the points handicap for VIP members, or adding more weekly winners. Response to your note: Look, I still think it’s unfair to allow VIP major advantage. One of the weeks, I came in 4th, and since then I’m frustrated that the guy had more points than me, despite that I WON MORE GAMES THAN HIM! End the handicap please.

I really do like the app. But I have concerns regarding to things. Hope you will fix it soon. First, I have already paid for Lifetime Premium subscription. But you have still sending invoice for 4.99 for weekly subscription. Secondly, when will you finish Grand Masters’ questions? Still saying Coming soon

Love your game,but almost impossible to win!!! You give your campers way too much of a point advantage,so by mid-week there is no point playing anymore!! And you glitch people out and steal their lives which pretty much also finishes you for week!!! And you never answer your feedback or attempt to return stolen lives or points! I still think your game in itself is the best! Except for the unfair scoring!!! Cesspool

Wow, really liked the concept. The game is different from other live trivia shows. Going to update my general knowledge with Sphinx here.

Some of the questions are so long time you read it the timer runs out before you can answer the question. Fix this Not every one reads or comprehends as fast as others so they read slower

Downloaded for free was pretty excited and then I click play now and I can’t unless I pay. And I’m not spending $5.00 a week to play. Or a one time payment of $60 for lifetime access or $9.99 a month for monthly access. I just wanted to play a game. But no thanks deleted

Poq - Game has been abandoned. RIP

No support response. No payouts. Prizes were lowered. Point system messed up awarding points to those who didn’t even play. VIP point boost unfair to other players. What was once my favorite game has been abandoned.

Bessian - Not mentioned that it’s a paid app

I downloaded the app from an ad on instagram and there wasn’t mentioned that you have to pay to play the game!

This is a trash app that pays next to nothing and has more ads than tolerable. They boast about no long winded hosts then slam you with ads. It’s garbage and it’s best to stay away from this app.

Royawkward - IS NOT A FREE APP!

This app let’s you try it once a day with 20 questions free, the rest, you have to pay to play. Awful marketing campaign

Why can’t this be free?

Nice app and useful - A question

Does it have amazon gift cards

You have to pay a subscription to get payed

Scam scan scam, nothing free there