MASSIVE BATTLE MAPS - From Erangel to Miramar, Vikendi to Sanhok, compete on these enormous and detailed battlegrounds varying in size, terrain, day/night cycles and dynamic weather – from urban city spaces to frozen tundra, to dense jungles, master each battleground's secrets to create your own strategic approach to win.

DEPTH AND VARIETY – From the 100-player classic mode, the exhilarating payload mode to the lightning-fast Arcade and 4v4 Team Deathmatch modes, as well as the intense Zombie modes. There is something for everyone! Play Solo, Duo, and in 4-player Squads. Fire your weapon to your heart's content! Be a lone wolf soldier or play with a Clan and defeat the enemies when duty calls! Offers FPS (First-Person Shooter) and TPS (Third-Person Shooter) play, lots of vehicles for all the different terrains in the game and an arsenal of realistic weapons. Find your perfect ride and pieces to cruise towards the final circle!

*Requires a stable internet connection.
*PUBG MOBILE recommended system requirements: iPhone 6 or above and iOS 9 or above.

Contact our customer service at PUBGMOBILE_CS@tencentgames.com if you have any questions.

What do you think PUBG MOBILE - NEW MAP: LIVIK app? Can you share your thoughts and app experiences with other peoples?

The World's Most-Downloaded Mobile Game The Most Original Battle Royale Experience CLASSIC MODE UPDATES New Exclusive Map: LIVIK 1) Exclusive original map that has a realistic style and offers an epic experience in a Nordic terrain! 2) 52 players battle each other in a 2km x 2km map, making for a faster and more exciting experience! 3) Be the winner in 15 minutes! 4) Evolve your strategies with the changing terrain and enjoy the thrill of strategic competition! 5) Use the map-exclusive SMG P90 and Marksman Rifle MK12 for an exciting battle experience! 6) Experience the thrill of obstacle-free driving on all terrains with the map-exclusive vehicle Monster Truck! 7) LIVIK is a Classic Mode map that increases your Classic Season Rating. LIVIK is still in the BETA stage, so we will continue to improve it for the best visual and gaming experience. SYSTEM FEATURES UPDATES Team-up Platform The Team-up Platform is an all-new feature that allows players to find suitable teammates quickly. Voice recruitment has also been provided according to the voice requirement. 1) Detailed information: Display the player's KDA, Top 10 %, tactical style, etc., as well as recruitment information like the team's strategy and objectives. 2) Find the right team: Idle players can view the recruiting teams based on the selected mode, language, etc. Supports quick joining, fine-grained filtering, and manual refreshing. 3) Recruit fitting teammates: Recruitment that supports fine-grained requirements. Players focus on their team information page when creating or joining teams. Supports viewing and inviting idle players in the lobby. 4) Voice recruitment: Voice recruitment teams are only visible to players who have selected voice recruitment. After sending out a voice recruitment, the recipient is invited to converse in real-time with the host. If both players are satisfied, they become teammates. Similarly, if a player selects voice recruitment, they must perform a real-time voice conversation with the leader before joining a team. CHEER PARK UPDATES 1. New Arcade and Quick Draw Scenes 1) Added a new trench in the Shooting Range to prevent other players or vehicles from blocking targets. 2) Added new Cheer Park features and scenes: added a launcher and hot air balloon in the Cheer Park, and a barrier zone next to the Shooting Range so that Quick Draw players can choose freely which to use. 2. New Firearm-specific Quick Draws Added firearm-specific Quick Draws. For an Assault Rifle Quick Draw, both players get the same (randomly chosen) assault rifle, which is the only weapon that can be used to deal damage during the Quick Draw. TDM GAMEPLAY UPDATES - Coming Soon 1. New TDM: Team Gun Game Team Gun Game is a 4v4 match. The starting weapons are the same but can be upgraded by defeating opponents. The winner is the first team to use the final weapon, Pan, to defeat the opponents, or the team with the highest score when time runs out. Enjoy exciting clashes! 2. New TDM: Library 1) Attack and defend in the first-ever indoor map, with a symmetrical layout and three assault routes: left, right, and center. 2) Take positions on platforms, in doorways, or behind bookshelves depending on your weapon. This gives players with weak weapons a fighting chance. 3. New attachment: Barrel Extender The new muzzle attachment can be used with the vast majority of Sniper Rifles, Rifles, and SMGs. It increases the firearm's effective range and reduces the damage reduction of bullets due to distance.

Im playing from a 3rd world country. 2.1gb is really a large size for updates. This has kept me from playing. Please work on partial updates with smaller update sizes.

Plz give us African server we Nigerians play with high ping

My voice keeps echoing back to me

GÑBabyjokęr - Hackers and you not doing anything

We keep reporting some users to your site and you fail to do something about them. Hence making the game play not only boring but discouraging . You bring new stuffs and encourage us to pay and we do that... but why allow hackers into the game. They are ruining the game for genuine players and it sucks. Do something about this.!!!!!!!!

Great game but too many hackers seems PUBG are overwhelmed.

ejikeEz - Occupies too much space

Why is a mobile game 2.4GB ? I mean PUBG is the largest game I’ve ever seen on AppStore, now i have to delete the first battle royale game that ever got me hooked. At the rate you guys realese updates the game might as well be 5GB , now i cant even get other apps. Itz surely deserves a 5* though just try it to reduce the size please.

Very nice.... but can you please reduce the updating part cause of us are trying to manage our phone space. Thanks.

We like to play against our friends just like in fortnite... Why do we have to wait 10 days just to buy roomcard...make it free to create a room....every other thing is fine with the game...just the issue of room Pls make it free..we want to play with friends and against them....allow us togo to the room menu and create room anytime

It’s my favorite game but I’ve been trying to update to version 0.19 but it just keeps rolling since 3days ago and it’s not been updating. What do I do please?

I was banned while playing the game. I don’t know why

App keeps force closing anytime I enter it on my iPhone 6, it doesn’t even load past the first screen

I love PUBG with all my life, but now it’s always crashing each time I open it How can you help me?

I just updated to the latest PUBG and now my games don’t open, it crashed from the splash screen

I give it 3 starts not because its a bad game but because of its update... my game has crashed twice since the update and i have to keep downloading it all over again! Wtf?? The new livik map lags too much! And the servers have gotten worse!! I use an iphone 6plus... We just need a game that can serve not only high end devices.

Rexprime21 - Failure to start up

I can’t login in to the game don’t why’ I already have the new update I need your help my network is good, not any problem it’s just from the game

please you should help me because the game is no more opening from today, when ever i click it, it will just show tencent games and exit 🥺

Gr8Udeze - Games crashes when I try to open.

Recently game crashes when I try to open.

I can’t open the game anymore after the new update

The 10 days limit is too short & one other thing is the use of Bp coins to buy gun themes should be made available... I enjoyed this game ✌️

You guys should please do something about the hackers, it’s really annoying

Now, I’m not a review type 😂but I do like this game I have only two requests A server in Africa And make the wait before buying room cards like 1-3 days cuz 10 days is just useless

Nice game , we are well aware of the African server already available in some countries , though available in Erangel/TDMs , if it can’t be launched globally , then at least should be extended to more African countries

Great game I’m so addicted to the game I play it all time and I can’t let my phone rest. I love pubg so much, this is the best game I’ve ever had on my mobile phone so far. Thank you for making such a great game💯

I would like to download this app,but 2.4GB is too much to ask of my WiFi network

The overall gameplay and the whole new update is cool but I really want zombie mode, I didn’t get to try it but it looks so fun please for the sake of the fans bring it back

baffalema - This game is haram for Muslims to play it

Pubg is a very interesting game but we need African server

The app has been able to download and I love it

When is ping lite version coming to iOS?

Tried updating it, and it’s downloading all over again

This game is so awesome and addictive

I’ve got issues downloading with mobile data 😫pls fix it

This is the best mobile strategy game I have played so far. Thank you guys so much for creating such a wonderful game. But if you guys can correct some things concerning the game, I believe it will be better and more enjoyed by mobile gamers. The space the game takes is too much compared to the android version. If you guys can cut down some space. I believe it would be downloaded by more iPhone users. Secondly there should be an offline practice area where players can be able to master and develop their skills in the game. Thank you.

Pubg’s update sizes are always too large, you guys should try to reduce it just a little 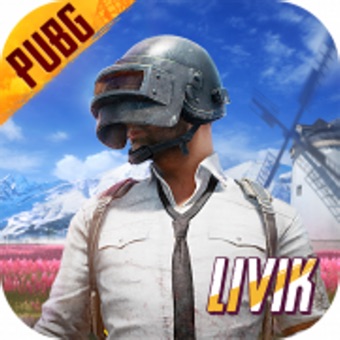