Granny Legend is a unique action RPG game that you have always wanted deep in your mind.
Explore this beautifully designed worlds and unlock your legendary heroes.

Enjoy this simple yet extremely addictive gameplay, packed with an epic music collection and great visual effects.
Defeat monsters and their bosses by Spinning your weapons.

There are more than TWENTY heroes with very unique skills, unlock and bring them to defeat the upcoming army waves of enemies.

VIP membership subscription
- You can subscribe for VIP membership, It gives you one rare hero, 30 gems + 3000 coins + 30 energy everyday and remove all pop-up ads.
- The VIP membership is a weekly subscription, that costs $6.99 and starts after a 3-day free trial.
- Payment will be charged to iTunes Account at confirmation of purchase.
- You will be able to use premium features for the duration of the subscription.
- Subscription automatically renews at the same price unless auto-renewal is turned off at least 24-hours before the end of the current period.
- Subscriptions can be managed by the user and after purchase, auto-renewal may be turned off in the user's iTunes Account Settings.
- No cancellation of the current subscription period is allowed.
- You may cancel a subscription during its free trial period via the subscription setting through your iTunes account. This must be done 24 hours before the end of the trial period to avoid being charged. Please visit https://support.apple.com/HT202039 for more information

What do you think Granny Legend app? Can you share your thoughts and app experiences with other peoples?

I remember why I deleted the game the first time I had downloaded it. There’s adds after every. Single. Level! Its the most annoying part of the entire thing. I just want to get to the level of the game shown in the previews for it.

Love the game, just waiting on a character Levels on hero mode.....anytime soon ?

Marquel85 - Fun when it works

Could be a Fun game, a tiny bit mindless but keeps one entertained briefly. HOWEVER it freezes on load screen & during gameplay which is really frustrating. Did not receive the Halloween character and the developers can’t amend this? Shame.

Game has a lot of potential but unfortunately you have to watch too many adds. I’ve paid to get the adds removed but I continue to get tons of them. Uninstalling and asking for a refund.

chris86au - Ad removal upgrade does nothing

The game has a lot of ads. I paid for the ads removal and still getting some amount of ads throughout game. Very frustrating.

Just downloaded the game, it was fun but it crashes every time an add comes on and also when I finish the boss stage. It crashes two times after I killed the same boss, twice. Lost all the coins I won but it still takes away the power points.

Was a 5 till last update, can't watch videos for chests, videos for reviving or anything now. Just had a loading circle on it and won't progress, no issues prior beforehand, internet is perfect either, needs to be fixed.

I’m pretty sure I have passed stage 30 but the other heroes aren’t unlocking? Also, would it be possible to get rid of energy, it’s too expensive and even when you pass you have to pay, can you put in hearts ? Also, would be good if each hero has a specialty so that if you’re in trouble you can use these specialties instead of dying and reviving .. Also can the chests be opened like daily .. mine is still stuck on 22H 30M .. it’s annoying considering it’s been like that for 3 days Thanks

there is a bug in no.17. Although I killed all of the monsters, I cannot pass

Awesome great graphics and only see adds if you want to

This game is fun and entertaining but keeping playing is getting bored.

Please make more chapters of the hero mode, it’s true that was so hard to pass all the levels successfully at the beginning but now I’m doing it so easily, but I’m missing more chapters. The normal mode is so extremely boring and repetitive, every single level are the same.

Really addictive game, love playing it but I’m currently at level 330 roughly and can’t get any double gold or revives from watching videos due to a bug not letting me click it, the buttons there just doesn’t load anything. Would be great if you could fix this? Other than that it’s a brilliant game would recommend :)

I really enjoyed this game until last couple of days. It don’t allow you to gain any bonus. If button appears, and there is a big if, you can’t click on it. Well you can but add is not playing. Very annoying! Don’t know if something went wrong in update or it’s for purpose to push people to spend money. I’m in lv 334 now but can’t continue.

Game tried to charge me £4.99 via Apple Pay mid play. Avoid at all costs

Good game but my mates saw an App called Granny Legend and they’re not letting me live it down. Maybe change the name.

The normal mode is fun, but in the hero mode the rats and birds run at an unreasonable speed and mainly just outside the stage. It would be great if you could fix that...

The game is to hard now

The game itself is great. The main game is really addictive and enjoyable. I’m scoring it down because the hero mode that was recently added is VIRTUALLY IMPOSSIBLE to complete. Not even the most skilled players would be able to complete this because it is just way too hard. There are not enough item drop and health is too low to do it without taking too much damage from the enemies. When the wheel is spun to collect items you can watch and ad to spin it again but it only ever gives coins, which are useless in hero mode and can be gotten from the main game easily enough

I don’t get the options to watch videos for a revive option, but my husband does?

Good game I’m enjoying it but the only thing should add more levels...

You can never play a video to double your coins or revive as it doesn’t ever load in time.

One of the best games I’ve ever enjoyed

got to level 32 and the game decided it was going to wipe all my data and put me back to level 1. waste of time. deleted.

Fun little game, like the premise. Lots of ads for sure. I mean with all the games now surely ads or energy meter to play, but both, really? Why would you pay to remove ads only to have to still wait/pay to play? Uninstalled, shame as it could be fun in the long term.

anticod - If you wanna watch ADS all day, this Game is for you.

90% of Game consists in watching ads to triple your gold so you can upgrade the damage faster. It doesn’t require any skill whatsoever is just an have 10 sec of gameplay then watch this 30 seconds advertiser to make that 10 second of gameplay count. Oh, and the best thing, sometimes you get “secret chests” and guess what you have to watch an ad to open it. Ruined a potentially good game because of greediness.

@charliekirk11: John Legend, Jane Fonda, Lizzo, and dozens of other “celebrities” have signed an open letter to “defund police” That mu…

@charliekirk11: John Legend, Jane Fonda, Lizzo, and dozens of other “celebrities” have signed an open letter to “defund police” That mu…

Shout out to whatever looters brought my granny medicine to her house 😂😂. I told y’all she was an out west legend

@OldRoberts953 A legend of Saturday afternoons. Many happy hours watching 'World Of Sport' as a ringside mouthy gra…

@carltonspeight: Fun fact: In the peak of Angela Davis’s activism, the government framed her for conspiracy to murder. She fled for 2 mo…

@styleforarigg: my granny is fuckin mad about the police killing black lives... i stan her open mind. shes a legend who cares about ever…

my granny is fuckin mad about the police killing black lives... i stan her open mind. shes a legend who cares about everyone ❤️ 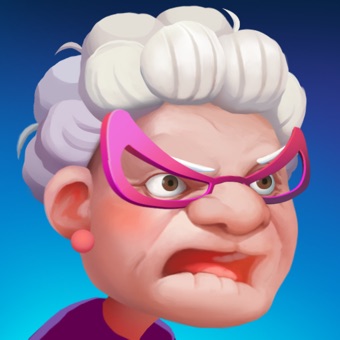