An action-packed fantasy RPG with over 100 million Summoners around the world!
Jump into the Sky Arena, a world under battle over the vital resource: Mana Crystals!

Summon over 1000 different types of monsters to compete for victory in the Sky Arena!
Assemble the greatest team of monsters for strategic victories!

▶Features
[Strategic Gameplay]
Witness the dazzling display of each Monster's unique skills!
21 different Rune sets to pick and choose additional abilities for your monsters!
Come up with the best strategy to win battles!

[Massive Collection]
Fire, Water, Wind, Light and Dark!
5 different attributes, and 1000 different monsters!
Collect as many monsters as you can and assemble the greatest team!

[Real-time Raid]
Battle as a team!
A real-time battle with 3 users!
Defeat the boss with your fellow Summoners using various tactics!

[Homunculus]
The Forbidden Summoning Magic has finally been revealed!
You can Evolve the skill of your choice with this special Monster!
Summon Homunculus and show off your strategy!

[Craft]
You can Craft more than 100 items at the new Craft Building!
Craft High Runes, special Buildings, Statues and more with the new Craft System and install them wherever you want!

[World Arena]
Enjoy a real-time battle with users worldwide!
Experience a breathtaking battle that starts from Pick&Ban!
Reveal your unique strategy to the world!

[Guild Content]
A sensational Guild PvP in the Isle of Conquest!
Explore the Tartarus' Labyrinth with Guild Members!
Make your Guild the greatest of all!

[Dimension Hole]
The closed Dimension Hole is now open!
Fight against the ancient power of different dimensions!
Defeat the Ancient Guardians and meet the powerful Monsters with new awakening power!

※ Please note that you can still enjoy the service excluding features related to the above without giving access permissions.

What do you think Summoners War app? Can you share your thoughts and app experiences with other peoples?

I’ve been playing a long time but why do I always get 3 or 4 stars monsters! I’m already at lvl 35.

we write reviews - I wish I can get my valkyrie back..

I know summoners war is a great game and all.. but of how dumb I am I used my valkyrie for power up i’m guessing this is my issue..

it says it’s compatible with my iphone SE but every time i try to open the game it crashes after a while, sometimes i can’t even open it it will immediately crash i like the game please fix this

Whenever I login, I have to download the recource files again, ALL the time even if no updates or etc.

Worst rates summons, specially ld scrolls. Everything is based on RNG, nothing related to skills. If i try to start this game, I would say "NO". This is the worst game I ever played. I regret how long and how much spent on this game. The developers try to sell u everything, transmogs, rune packs, scrolls and even reapps. Plz, read this review if u are thinking to play this game. Not a single penny or min worthy on this game. Read other reviews too. Bye.

all pve content is extremely boring and frustrating when you finally get a good rune from cairos after farming for the whole day and it rolls bad. Good scrolls are hard to get for f2p players without events and pvp is more p2p than anything else. The rates are absolute GARBAGE especially for ld scrolls.This game has so much potential

Been playing over 3 yrs still do everyday. Absolutely love it. Would be awesome if speed up farming features added into the game.

RNG heavy game, which is not worth it if you are casual. Reapps such a cash grab 100% killed the game imo. Definitely not worth your time playing this crappy game

If u like games that’s gets u monster to fight this game is just for u. U often get monster that u didn’t expect to get and u keep play because the events makes it soooooo much more exciting! Def recommend 🥰

Huge grind, big cash grab and stingy drop rates. if you're not hooked, don't bother with this game!

So the game decides to delete my account... I know I haven’t played in a year... however after spending over 300$ I believe it would be nice to keep it no????

I’ve been playing for a few years now and the game is fun to say the least. Recently however every time I open the game or try to play it prompts me with a download. I get this download and play the game just to have it appear the next time I try to play. Can anyone explain why this is happening.

Why is why taken - IDK

Playing this game for years and love every new update!

Hey Com2uS!! This is an amazing game and I hope it lasts forever!! 🥰 Just a suggestion if it could be easier, or players could have more of an opportunity to get summoning stones. It would be a great bonus or reward for games. I would like it if you could take this into consideration, and I totally understand if you don’t and wish you the best of luck with this game! ♥️ Have a nice day! 😃

Never played a game with the WORST drop rate ever

Amazing game honestly. I spent hundreds of hours and (hundreds of $$$) on this game in my first year or two of playing. You don’t need to spend to progress, infact spending really only benefits the top % of players who need the extra edge in competition. My 1 star is because of the terrible customer service com2us has in regards to account and player issues. I took a 1 year hiatus from the game only to return to find out someone had attached an email to my account and taken it away. After sending many screenshots and other sources of proof of payments made etc, I was informed I wasn’t providing enough information. What a pathetic slap in the face from a company I’ve given plenty of my hard earned money to.

i hate cupcake life person - I LOVE THIS GAME.. but.

Whenever I open the game it makes me basically redownload the game, but all my stuff is there, but it takes like half an hour to even play, so y’all only get a 4 star :/

Ever since the latest update The games been crashing, can’t real do anything, it’ll start and I’ll be able to go into a dungeon/literally anything else then it’ll send me straight to my home screen.. sucks because I love playing this game.

I love this game and would give it five stars if not for a small problem. Recently within ten minutes my game kicked me out 6 times 3 of which occurred to me when I tried to play a scenario. This has gotten very annoying. Even though, I don’t feel the need to go overboard and give a rating of 1. I was told this has happened to others and It was seemingly because of the recent update. I’m not too happy about this especially since there’s two events going on that I can’t do at the moment because of this. I hope that the developer’s can fix this problem soon or at least extend the events until it’s solved. -A confused player, Mei

Love this game so much

I have been playing this game for over 3 years with my husband and my best friend and we all love it! Always something to do between arena, dungeon, guild, labyrinth, and siege and now they brought out second awakening. Anyways I could on and on. GET THIS GAME!

One of the best games I’ve ever played!

This is generally a good game but there are sooo many pop ups for offers, and as a f2p, I feel like there should be a option to turn them off, also, essence grinding should be grindy, but not “I’ve been grinding for a week to get lapis” grindy

Unreal game, been playing for years. For some reason with the latest update, it won’t keep the version on my phone. If I close out of the app for more than 5 minutes, I will need to redownload 1232 MB. Which also tends to freeze! Miss being able to regularly play this game, hopefully it can be patched quickly :)

Give me 5 star dragon knight

I absolutely love this game prolly the best RPG for mobile👍👍😁😁

Crockolacka - What I think about this game

Hate this game all based on luck and requires large amounts of time for small amounts rewards. I have been playing for years and people that just started are getting much things than me. If you like to grind and think you are a lucky person this game is for you if not then this game is too time consuming and is not the game for you. I leave the decision of wether you want to play or not up to you

The game keeps crashing, anytime you try to do something on it , pls fix it , it was working smoothly before .

Hi com2us. I created an account on my Samsung device, and I'm not sure if I got banned or hacked. But I lost that account. Some friends said its probably a ban. But I've never tried to cheat. I buy packs on a regular. So I don't get why I got banned. I've played for over 2yrs with the previous acct. I switched to iOS and created another account. And now it keeps saying "account conversion failed". So if you could kindly explain this to me or fix this, I'd be happy. Summoners war, is my favorite game of all time. Pls help resolve this issue.

I love this game to death

Summoners War Sky Arena Cheat Hack Welcome. Today I have to present an amazing game and the software very useful.…

I made a homunculus on Summoners War and named it “Anya” cause look! 🥺♥️ 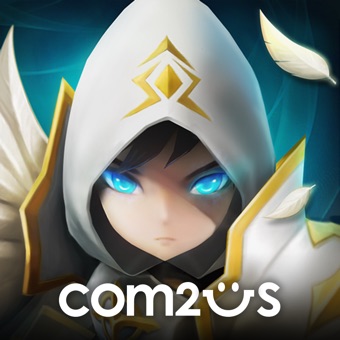