Brought to you by the creators of Battleheart, OMG Pirates!, and the original Zombieville USA - this sequel is jam packed with content and features. Take command of your favorite character, customize them with a spectrum of weapons and skills, and do battle with the living dead - either alone, or with your friends!

What do you think Zombieville USA 2 app? Can you share your thoughts and app experiences with other peoples?

• Multiplayer will now connect to closest master server by ping, which should greatly improve latency for players outside the US. • Multiplayer can again be played with random players - choose "public game" to match with other random players • Added manual upload/download for iCloud for when automatic syncing is unreliable. This can be found in the options menu, and requires iCloud Drive to be enabled.

Can’t even join my nephew when he’s right next to me. fix This make it how it was before when you just needed to have blue tooth turned on.

eminemmm2 - We need an update

I love this game through allot of years. I’m just afraid it would stop at any time. Please we need this game to be up to date.

I started playing this game for a month. Very cute and entertaining. I loved the upgrade system. I definitely recommend downloading this one ☝🏻. But i’m disappointed that co-op doesn’t work between friends in (private mode) 😤😤. I’m asking the developers , please support the app. We will appreciate the effort ✌️.

I don’t know if because the game is so old they killed the co-op? I just re downloaded the game to play with a friend and the co-op doesn’t work. I’m a little frustrated because I told them to buy the game because of the co-op and now we can’t even play it.

This game could be amazing if you guys had updates more

2020 March - just remembered this game I used to play on my iPod touch back in middle school / high school great times!

I used to play this game when I was younger and recently picked it up again. I was amazed at how good it was. I thought nostalgia had made it better in my head, but it stood the test of time. This is amazing!

The game won’t even open up. No title screen or anything just a black screen.

hmu on insta @foreignwarren_ if you tryna play

Either update this game or make a third that would be really cool.

I loved this game. But all my progress is deleted and I have to start over, which I won't. The new mandatory tutorial session is pointless and wastes time. Thanks for making a great game useless.

Love the game all the way around. The only problem I have is that after several years playing off and on, I’m really surprised there isn’t an update for larger screen iPhones. Been looking forward to that for quite sometime!!!

i’ve played the game long enough to have every single weapon and ability fully maxed (as well as all characters). some abilities are honestly pretty lacking as well as some weapons. flamethrower, tesla rifle, grenades, land mines, and dual pistols are all pretty underwhelming. however this is still a very fun arcade game with many fun builds

Good game, co-op just needs more fan base. Only thing it needs to surpass is to shift the perspective (slightly) and add dimensional movement. Unlock a new potential. If the devs are still out there? Still, Good slasher scroller shooter (4.75/5)

I love this game so much. There is one flaw though. YOU NEVER UPDATED. I just want like a 4 vs dead or new guns and perks. Seriously. The last time you updated this game was 3 YEARS AGO. I love this game. Please update.

This game is really good and has a great multiplayer option. Although theres a glitch with the multiplayer servers. Sometimes it lags and when players are far range from the host. They disconnect and do not get the money earned. This should be fixed in the next update. Thank you very much! -Anonymous user

I played this game for so long and hasn’t gotten bad. Keep it up!

I love this game, one of my favorites, but you need to either make bigger updates or another game of zombieville, keep this series going!

Aye yo, like....Just hope on a Public Game. I’m always on around 4-6 PM (Pacific standard Time). It be boring playin alone Mane. If you wanna Hmu my IG is the Theilluminatigotpablo. Issa spam btw. Text me and if more people hmu we can make a group chat and ye. But text me first if you saw this comment, alright ima still play Zombieville so peace y’all.

This game is awesome, it’s super fun and addicting. A great way to kill time. However, it crashes a lot. It will kick me out in the middle of a level. Another annoying thing is that for a game that cost money you would think that they’d make it longer. I beat the game in a day and have already unlocked everything. It gets a little boring after you’ve completed it so quickly. They really need to make more upgrades or new maps....

Seriously I paid for a game only for it to not be fully optimized to my phone that has a notch.

Malcolm awesomeness - I love this game...

I’ve literally been playing this game since I was 5. It is truly an unacknowledged masterpiece. Get this game!

This is not a co-op game

I’ve been playing this game since the 4th grade, in 25 days I graduate high school... so I’m definitely dedicated to the game 😂 i enjoy the amount of possibilities with the guns, perks, characters. You can upgrade the guns, you can choose the loadout, upgrade your perks as well. My favorite part of the game is when you max out a gun the skin changes. I LOVE that! Maybe make different skins to chose from. It gives you something to look forward to when saving up. But I wish their was more assault rifles. Their could be an Ak47 or an SKS Incase you don’t like the one sniper rifle they have. Their could be more sub machine guns their could be more light machine guns instead of the one mini gun. Their could be another pistol instead of the magnum and the first gun. Their could be add-ons to each gun such as bigger mags, scopes, grips ext. Just open up the possibility’s, maybe make each character have his/her own perk based on the character itself. And have a 30 second timer and once it’s charged you can use your ability. For instance the prisoner could have increased melee damage or maybe make a perk that lets you have a 4th gun in your load out. Or make a perk that increases fire rate or a perk that makes your cars life last longer. I understand funding would be the main concern for making these changes possible but it’s a thought. I love the cars that’s a nice twist but they always blow up as the worst times. Maybe make it so you can save up and buy the car of your choice, and then upgrade the speed and duration of the vehicle. Just add the car on to the load out screen and that will be another way to customize your loadout. I hope this helps, keep an open mind to the possibilities 👍🏻

Revolt1987 - When you produce III generation?

I’ve been playing this game for years now, and after picking it up again a couple days ago, I can say that this game is nothing short of amazing. Sure, it could use a revamp, but it’s still great. A fun time waster for all times. Great job. Can’t wait to see what happens in the future when we could have a 3rd addition to the series.

This used to be my favorite game years ago and the only game I would constantly play. But it seems the developer has focused on other games that In my opinion don’t look as fun. So this game hasn’t been updated in a long time. I would like for the devs to optimize this game for the new Iphone’s screen resolution/size. And add some new content to keep it fresh! I keep searching for a new game in this series every month, but It’s always some other game that the dev is updating. I don’t understand why this game has been put on the back-burner for so long since it’s #9 rated in arcade. Seems like a lot of people are still playing it and love it, but everyone is asking for more content which isn’t being delivered. I am a game developer as well and will personally help you update this game if you’d like! I just love this game too much to see it get outdated.

I have played this game for years, and not to my surprise, it’s still fun. But this game does get redundant. It would be great to have some new guns or a new level, or even a new zombie would be great. I might be dreaming, but if the such as hazmat boo or granny had their own abilities, now that would be something. Like clown guy has improved damage on chainsaw, or hazmat has more resistance to zombie attack’s.

One of the best games I have ever downloaded. I much preferred the Bluetooth Co-ops though. The Co-ops game play is almost impossible with poor WiFi and impossible in areas without WiFi.

CaptainRivhYT - Awesome but can be better

In most ways this game is the BEST game I ever played. But it the game doesn’t fit the iPhone XR. If you can in the next update, can you make it compatible both the iPhone XR screen?

Mika mobile please make a Zombieville 3 zombieville 2 is my favorite I would love for you to make a 3rd.

Dun Poke Mah Phone - Zombies 3 where you at?

Give us another one!!

Love this game, my friend who passed showed me 5 years ago and I’m still hooked. I would love to see more content because I have a lot of coins and beat every level

This game was my childhood! I played all the time with my brother and kept playing until I was 12

superbro- - I love this game but…

@MikaMobile I have a question that I have been wondering for many years.. will there ever be a Zombieville USA 3??…

“You have to let something in[to your life], or else you turn into one of those hollowed-out people you hate so muc… 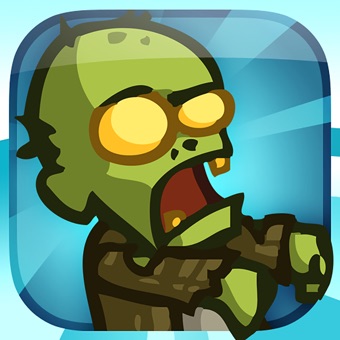