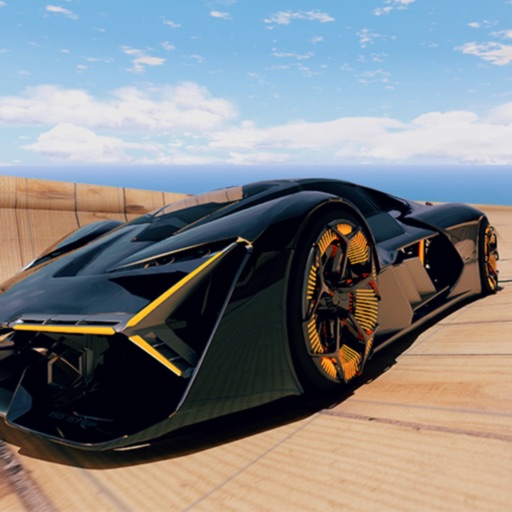 What is car stunt master - car racing app? Car Stunts Master is an open-world car game in the racing games category. Get exclusive vehicles, customize your cars and play this realistic simulator made for fans of motorsports and tuning.
Features of formula GT Car Stunt Master 3D:

What do you think Car Stunt Master - Car Racing app? Can you share your thoughts and app experiences with other peoples?

I don’t know why people are saying there’s too many adds it’s only after a level like most games and the game is real it’s not one of those games where it’s a scam and fake it’s real, thankfully because most of the time it’s a ripoff which is stupid!

I take ur stuff - This is fake

The ad I watched seemed pretty cool. So I downloaded the game and realized the ads are completely fake. I only downloaded it so I could see if this was real or not, sure enough, it’s fake. The game itself hardly functions. They don’t want people to have fun. They want money. They took clips from a game on steam, put it into an ad and said “hey look at this game! It’s so cool and you should download it” but in reality this game is not worth even your time. So please, if you are looking to download this game, don’t do it, go download an actual game. There are many games on the App Store. This one’s just not it. Taking advantage of little kids gullibility isn’t very cool. Neither is making a game that barely functions. 1/5. Do better.

PJ_Mc youtuber - The Game is good, but could be better

I've had this fame for about a month now, and the game is pretty fun. However, I wish their was more tracks in the game. I finished the 30 in about 2.5 weeks, and it got boring after that. So please, add more tracks. Also, no more ads!!! It is very annoying whenever I'm in the middle of a game and get an ad out of nowhere. Maybe have the ads be placed after you die so you can respawn? That would make the game a lot more fun. Thanks

Trouble111976 - DO NOT DOWNLOAD GAME IS NOT WHAT IS ADVERTISED

any add you see thats over 1 star was 100% payed to make a statement, and they probably boost those reviews somehow. only came here to leave a review. every ad uses clips from the game BeamNG drive on steam, game is 100% fake. they get money from each download, so they use fake ads, once you download they dont care if you actually play, if you have any decency you would avoid these types of developers and their games, its all just scams to get money from naive kids who dont realize what mobile games actually consist of.

Agentchomps - Really fun you should get it

First I’ll start off with ALL THE ADS ARE FAKE!! Second I’ve seen a YouTuber play this game BUT this game totally copied it! I am really done with all these fake games now. I also think this game should be ok amen down for basically copying or copyright or something along those lines. Third Why do you have reward limited on the level? Like how are you supposed to get 20,000 dollars if you have a reward limit? It’s ridicules! (PS don’t get this game it’s very bad) have good day y’all.

This game is very good and you can cancel the ads in no time, and there is very sweet graphics, and not that many ads, just at every level, and it’s pretty funny

This game has so many cool sounds. But it has lots of ads. The Lamborghini car is the fastest one. You get to choose your own cool character. (Review by a 7 1/2 year old)

Heatherstar314 - It’s the best but

Sub to Nice_Riley - Sooo close from being the perfect game

The game is cool, but all the cars have the same generic sound. Also I recognized that sound from Asphalt 9 when you exit modifications. Also I can’t seem to edit the color of the rims of my car. Overall, It’s a cool game but please, PLEASE fix those problems.

Let'sGoBrandon!!! - It’s a game but it’s just like the ads

Aaron oler - Really fun but too many ads

There’s an ad that covers most of the buttons, all the time, so you can’t even tell what you’re doing. The sound effects are wobbly and horrible. You don’t seem to have any control over what tricks you do, and every character you have to choose from looks ridiculous.

ACKEHA - litterally the most epic game ever

I was going on a search for car games this one is the best on the AppStore I can’t stop playing this gosh darn game.

Liqm maks kk - Fun but a lot of adds

Hamafanman - Not what you think it is

In the adds it has beaming drive but it’s a whole completely diffrent game LITERALLY beamng drive is only computer game. Don’t get this game it’s a scam. Also this game has a lot of adds. The characters are wierd. It’s a monkey,wierd spiderman,wierd iron man and someone I don’t remember. The graphics are crap. Do not get this game.

You have a banner ad at bottom of screen, but still have an ad after every move you make. I know it’s free but Jesus.

Game is so horrible like why would you even make something like this what is that monkey skin like those cars are trash get better at Fortnite my guy.

This game is so much fun they should keep it forever

Love it so much but I don’t like the ads

It would be five stars but the freakin ads and the ad banner at the bottom that wont go away!

This game is a ripe off because they want people to think it’s a good game. They actually took a clip from Gta and put the car in it and they put Franklin in it in the ad it looks like there playing gta . It is a good game but not gta so if you don’t want it to be gta so download it.

Its fun but its not like the ad. The ad is GTA 5 but the actual game is a off brand when you crash your car is invincible.

I downloaded it form a ad it looked fun but when I downloaded it it was trash. When you go up ramps it auto drives for you and you can’t drive. Don’t download.

Anonymity kekddkjdjcjcj - I hate the game

your ad featured a song by Moreart called "I Will F---". this is a song about raping women. your game is marketed for kids and adults. I, as an adult, will no longer play this game, or any other game you put out. Goodbye!

Who all do - Trash

Didn’t even work for the first 25 minutes of playing and way too many ads.

Greatest game I’ve ever played, better graphics then most modern games I’ve played including ghost of shushima and red dead redemption 2. I defiantly would suggest this to all ages 10/10

Pooooooòppy pö - This is an okay 👌 game

It is a good game but why does the car turn by itself???

I downloaded it to play with my daughter. It had an ad in it (GTA style) where a man jumps of a skyscraper, killing himself, with blood and all. Very realistic.

I’m not kidding. Still a good quality game though.

This is an amazing game because you can get realistic cars.but my favourite bit is the naked monkey.

Game is awesome but to many ads

Graphics are great, gameplay is a little too easy, lots of stupid ads

It’s great but way to many ads

I hope you like watching ads. That will be 75% of your play time. I’ve deleted it. It’s unbearable.

This game is so annoying like I get no new cars

Ads that hide the X. To many to often. No crashing in first. Thought it was beam ng

Why rip off a popular game? Yknow ppl r gonna hate it. Or atleast make it more challenging

Leah heartburn - To many ads and

In the ad it looks cool but the game is not, they just took an ad from drivebng! 😡

Good game to many ads