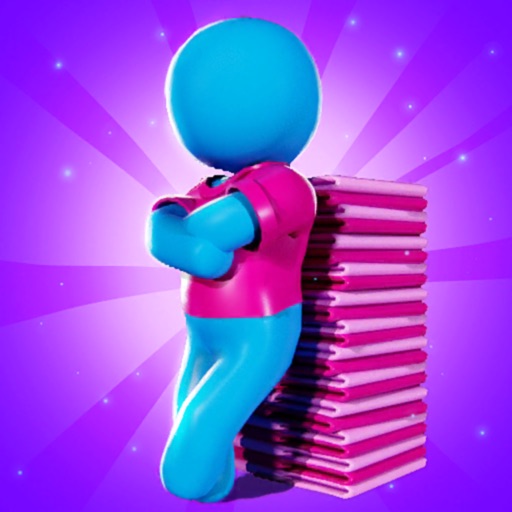 What is tailor master 3d app? Customers are waiting for clothes !!

Unlock new sewing threads, use them in your loom machines and make amazing clothes.More colorful clothes means more money so don't forget to use colorful threads. There are tons of clothes such as shirts, pants, dresses and even bikinis.

Do you love Tailor Master 3D app? Please share your friends!
Download and Install App Now 🚀 Play this game on your computer

What do you think Tailor Master 3D app? Can you share your thoughts and app experiences with other peoples?

It is an amazing game. It really isn’t that hard. I’ve only been playing the game for a couple of hours and I already earned about 20,000 dollars in the game (including some ads)! Trust me you want to download this happen the have different color fabrics, you can hire employees, and have customers, everything you always wanted into opening a clothing store. And this doubles for me cause I really want to design a lot of my own pieces and have my own shop so this is a basic start. But yeah just me... you need to download this game!✨

There are strange problems with the game. There are no instructions on how to play the game and advance. You have to figure it out for yourself. The people I hire will only stack clothes on two lines and none of the others. It is extremely annoying to have to reload the machines every time I open the game. Every time I finish a shop, it will not give me the option to advance. It take multiple times of exiting the game and going back in and in some instances earning a bunch more money before I can advance. I have been stuck for about a week now. I have upgraded everything and collected over $300,000 and there is no option to continue. I also have never been asked to deliver anything to the office. Compared to the other shops and the amount of machines that were there, it appears that at least one machine is missing.

The concept of this game is awesome, and the game is fun but there are some issues…… Your helpers will mostly stack clothes in aisles 2 & 3. The clothes will be stacked to the ceiling in 2 & 3, but the other aisles will have little to none. Aisles 4 & 5 payout more money than 2 & 3. Here’s one major problem: I paid for no ads, now the ads are running continuously at the bottom of the screen, which is causing the game to be slow & choppy. When the ad at the bottom disappears for a second the game runs fine. The game would run better if you didn’t pay for no ads, but then you have to watch an ad every 60 seconds. Play at your own risk!!!!

It’s a good idea but there are quite some issues. One thing that bothers me though is what is the point of hiring helpers if you don’t continue to make money after you close it! Everything is actually somewhat expensive so for beginners it’s hard to properly get up enough money to upgrade everything. I guess the ads replace it but not everyone wants to buy ads. At least 50% of what you make when you’re gone would be nice! Or lower the prices of things for beginners!

I hope developers get rich you can watch A short ad for almost everything I just started I’m becoming pro already it’s becuase the developers are the best!!!pls make more games like this from preston sigmund

Mangafreak01 - Love this game but glitches

To many glitches when you get to level 2 it starts glitching really bad like it’s buffering and trying to catch up with itself. And all the progress that was made on level 1 is now gone and have to go back to level 1 and buy everything again

I understand that this isn’t an “idle” game but the way the machines and stocked mannequins completely clear if the app closes or crashes is frustrating. Plus the helpers don’t distribute products evenly across mannequins or pick up evenly from the machines. I noticed in my 2nd room that they were focusing on the cheaper machines while my most expensive products were piling up at the end of the row. I don’t recommend this game

The game is constantly lagging, and I can barely move anywhere bc of the stacks of clothes and cash that have to be loaded in. It’s taking a toll on my phone. Please update the game so that the frame rate doesn’t drastically drop every 5 seconds or something

My game is still lagging and my character still sometimes won’t move. I changed the rating from 5 to 4 until this problem gets fixed. Please fix I really Love this game.

La_ren - Needs an update for a few issues

Love this game, only issue is collecting money takes FOREVER!!!! and after a few seconds it’s very laggy. Needs an update to fix issues. Also would love to be able to hire some one to collect money and continue making money after you aren’t playing.

Jody koch - Where is the new levels or worlds?

Where is the new levels I have only theee levels so far and the game lags like a lot. I love this game and it is fun to play

I purchased the game without ads. It freezes up and although there isn’t any more pop-up ads, there is a banner at the bottom that is constantly running ads. No ads means no ads! It could be more fun if they go past three levels. Otherwise, I am very disappointed.

the game is good, but after a few minutes of play it gets slow and the app closes, and it still has several errors, please another update I like the game a lot

The game is fine for the first level but after that it gets jerky and hard to play. Additionally if you buy the no ads in app purchase it doesn’t take away the ad banner at the bottom of the screen. It only takes away the ads that interrupt game play.

Gunnousai - It’s great, but it could be better

I’ve played the game for a little bit and I’ve tried to watch an ad to get infinite rope, but no matter how many times I tap on it, the ad won’t play. I even deleted the app and then reinstalled it hoping that would fix it.

You had an update. I was lucky to keep my money. However, I now have a small limit to the amount I can carry. I also had to start over with buying machines, threads, upgrades, etc.

The game itself is fun, but the helpers are awful!! The ‘helper’ mixes up the clothes. It’s like skirts on hoodies, or pants on dresses! Please try to improve the workers from going willy-nilly and spare me from going BONKERS about it!!!

Isthisonetskenye - Fun but a scam

It’s a super fun game, but do not make any purchases in there. I made a purchase to be able to watch no ads and still had to watch ads during the game.

Constantly crashing. I paid for no adds. I would rather have adds and not crash.

I love this game but I can’t go 3 minutes without getting ads which is annoying!! I want to play the game not watch ads more than I’m playing

Minesyoursours - Lies… I purchased no ads, nothing changed

They just took my money and never removed ads. Such a scam. Avoid purchasing from them.

This gets to be a consistent problem. The game constantly crashes. An update is well needed. Yes, it’s okay. More improvements needed.

This game has so many fun features, but it lags to the point that it’s practically unplayable.

Pi paid for no ads, but I still get ads. What a ripoff.

It reset me and now I have to start over

I’m confused I’ve only been playing for 2 days and can’t go on any further. My level doesn’t haven’t a goal, so how do I move on?

Clareadland - Can’t get rid of adds

I’m trying to pay for no adds and the button won’t work and I’m getting a add every 2 minutes it gets annoying.

It’s good and very addicting but it’s very short and need more levels, plus there are too many ads, and the game kicks you off after a while,

Disfanalways - Good but could use updates

Needs more levels. Finished in one day and now bored with it.

The game are fun but it slow and lag