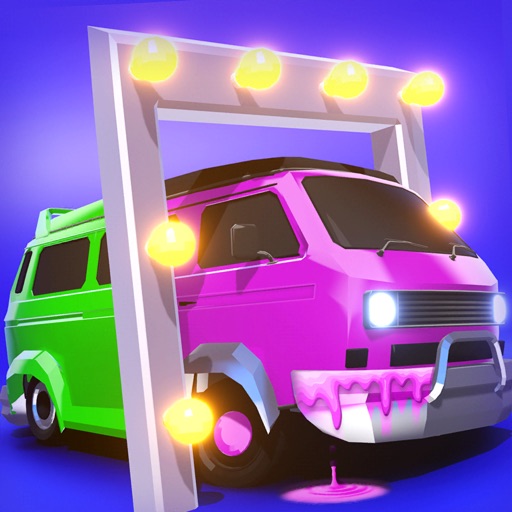 What is car makeup app? Clean your car, make it beautiful and sell it at the highest price
- Free to play. Play it anywhere anytime.
- Awesome graphics.
- Funny gameplay.

Do you love Car MakeUp app? Please share your friends!
Download and Install App Now 🚀 Play this game on your computer

What do you think Car MakeUp app? Can you share your thoughts and app experiences with other peoples?

How to contact Car MakeUp (Rollic Games)?
Find this site the customer service details of Car MakeUp. Besides contact details, the page also offers a brief overview of the digital toy company. https://appsupports.co/1589738688/car-makeup/contact

The idea of the game is super cool if i’m bering honest. It has where drive the car and buy money and then use that money to pay for renovations and than at the end u sell it. Unfortunately, almost every time i buy the car the game glitches and takes me back to my home screen. The biggest issue with this is cuz then it takes away the money that u “bought” the car with when really all u did was have a “great” time while ur game was glitching 😡😡😡. So plz get this fixed! The game would be great if there was just no glitching!!

I really liked this game to begin with but after a little bit it’s really repetitive. There are only a couple cars that you get over and over again and even when you watch an AD or buy an upgrade to the makeup package you get stuff you already have. When you sell the car you get money but then however much money you make it changes the price to buy a car and it will always leave you with a couple hundred dollars. But it’s still really fun to play but it just really needs an upgrade to the makeup part and cars

Woodseer - Its ok but some bug

The reason i put 2 stars is because this game is ok but its just that there are only like 3-5 cars minimal upgrades and its the same stuff over and over again at first when i had gotten the game it was fun i was earning over 50k per car but i closed the game and the next time i had opened the game and played it i was barely getting 5k and obviously I couldn’t upgrade anything either since they were above 10k and over over 50k for the other one, i really think you should fix that and add more variety to the cars, upgrades and paints

Honestly it is a good game to do when your bored but it’s not good when it starts glitching. I was playing the game once and it messed up and wasn’t working how it was supposed to. It missed the ending where it rates the car and went passed the stop instead of stopping. Also the beginning sometimes lags for a second then gets going.

Sup guys my name is Johnny - The four star

There is one problem with the game I play lots of car games but when you buy your car in this game almost all of your money is gone and you have to play for at least a hour to get enough money to do anything.

Nickname75$ - Bug that you can’t report to them

There is this one bug when you reach this certain level the game will stop working and I tired closing out the app and reopening it and the buy and drive button disappeared and now nothing works so ai tired uninstalling it and reinstalling and the same thing happened again at that same level and you can’t report bugs from this game to rollic games.

if i’m being honest i enjoy this game, it’s really well made and the graphics are pretty good for your average game like this. only thing is it’s a little boring after time because we don’t have anything to spend money on or anything. i think if you added more cars in which we could buy with in-game currency the game would be really good and enjoyable.

Troop gamez - Pretty good game, have some recommendations though.

I love this tbh, the only problem is that it crashes sometimes, also add some more cars and customizable items for your car, other than. That love it!

Glans erg - Do not down load AVOID ST ALL COST

I would give this game negative stars if I could, you literally play for 30 seconds and after every time you go you get a2 minute add that you can’t skip, avails this game at all cost, they have bots writing all the high star reviews, I guarantee this review will get pushed to the very bottom so it’s never seen, this is the only honest review you’ll find

Apart from this being an OBVIOUS cash grab with all the ads, it’s not even well made. You will do everything correct and end up selling the car for less than you bought it cuz then it’s another ad to get any value. At least make it a game that works right if you’re gonna make people watch hundreds of ads at a time.

Entertaining, but after leveling up the income so far it’s like it dropped back down, so now I can’t “sell” the vehicles for what I even paid for them so I can’t upgrade anything anymore without watching adds.

Vsnsmdks,w,spdod,smsjdkdjs - It was a good game

This is a good game and all but I just wish that you didn’t have to buy the car to give it a makeover otherwise that’s the only flaw I’ve noticed. No hate just my opinion 😊👍👌

I love the game but it always gets to a specific point and freezes. I can’t go any further and I have to delete the game and download it again.

Every time I clean the car perfectly but it says dirty and take all the value away. I kept trying for half an hour and nothing worked. I really do t k ow what happened because it was fine for a while but all of a sudden it just started happening.

There is a glitch on the third level. It just backs me out of the game and it will keep on happening. I do not recommend this game.

I only play this while I’m in class and I’m bored or when I’m bored in general. I’ve played so much that the game isn’t even playable anymore. It just shows the car but there is no play or buy button. It’s probably a big but at the moment I’m unable to play the game.

The game crashes and closes fully after using the lancer (level 4 car), its ok until i reach the mud where the games goes black then crashes and makes me redo the level thus spending more money.

Jehdbdjfjdj - What’s the point of getting money

It’s not a bad game but what do we spend money on? I don’t see a option anywhere

Way to many ads I spend more time watching ads than playing the game it’s ridiculous should not have to watch a add after every play !!!

I can’t open the app it keeps closing after the elephant pops up. It’s slightly frustrating because I’ve tried everything plz help.

Absolutely terrible game. Every time i get to a certain level the game crashes. Even when i close out the app or reinstall it. The same thing happens at the same level. The repetition of the game is very annoying

so yesterday i went on the game and it was like buy new care but it’s invisible and i buy it and it’s at the start the car won’t go forward only side to side and i don’t wanna delete the game bc the level looks super good so please fix the game !!!!!!

You play for five seconds and have to watch 2 ads. One to sell for the best offer and then another prior to starting the next round. Awful and takes all the fun out of the game.

Now idk if you have this problem but it keeps crashing when I just get on and that should be fixed I am mobile apple iPad now fix!

You play an 8 second round and get a 30 second ad at the end of every round. I know they have to make money somehow but omg. Played 3 rounds then deleted it bc I can’t stand apps like this.

Every time I make it to the end to sell a car I lose money I had 250,000 spent 120,000 on the car when I got to the end the upgrade instead of adding to base price subtract it. Now I’m broke thanks.

Why update it - Don’t work

Okay basically I,m on my third car in this game and when I get to the first part which is 5he mud it kicks me out fix this please…

Kept crashing and the game is not fun in the slightest. Crazy short levels, no progression towards achievements or anything of that nature. These types of games are mindless and are made for toddlers

This game was an amazing game but after like 3 rounds the game was stuck in this one position and I cloud not press the button and when I did it did nothing!👎

There more time in ads than actual game play got bored really quick!!!

Laneous234 - This game is fine

But every time I go through mud the game crashes.

Every next game there’s like 32 minutes of advertisement, instead of enjoying the game, ad will destroy the momentum of enjoying it.

Game is near unplayable due to lag, and text doesn’t even show up.

Game crashes every time I try to play it

Ngbjv) - This is so broken.

It won’t even let me play the game. Worst time. This is my fav game and it won’t let me play.

FanaticSargent - A lot of bugs on an iPhone 12

i like the game and all but after level 12 the cars restart and keep going up in price but it’s ok. anything thing is i can’t see how much the car is worth or how much money i have if i want to buy upgrades. ads are fine because you just turn off wifi. good game overall but needs more cars and updates

Robotdude1 - Doesnt even let me play!

I download it try to open it and it crashes! Waste of my time.

Too many ads, it’s impossible to play.

I CANT EVEN GO INTO THE APP LIKE WTH😡

Spada257 - Love it but I have a question

Amazing game but I’m getting kick out of the game when there’s an advertisement.

Seems like they made the game in like 10 min no creativity just a copy of other casual games. Devs be more creative then reusing same code base again and again

Definitely used bots to get your rating. Game doesn't even load.

Wouldn’t even load for me. It should be called crash master.

Each single time there is an add ( by the way there are a lot) the game is crashing, it’s annoying