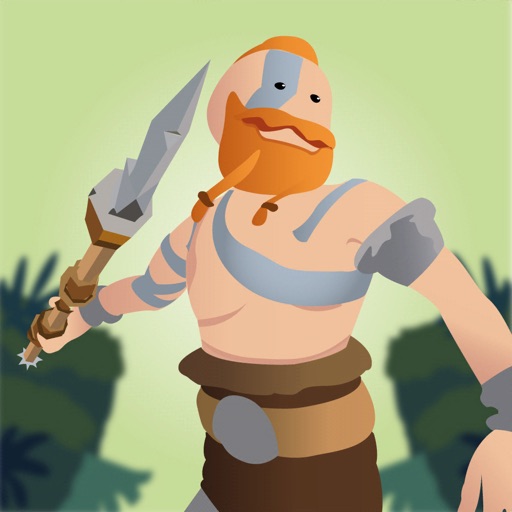 What is weapon cloner app? Looking for an epic RPG game? Get ready for this super fun monster slaying game. Weapon Cloner is here to satisfy all fantasy role playing fans.

The horde is attacking your lands, as a hero you must protect your village and clash your enemies. Clone your weapons to kill thousands of Monsters and unique Bosses! There are various enemies like Goblins to Giants, Trolls to Cyclopses. Increase the amount of your weapons and multiply hundreds of them to crush your target.

There are amazing weapons to unlock. Pick the best weapons that fits your play style and create new fighting strategies. There will be giants with different powers, but no worries! You can freeze any monsters with Freezing Spear, curse them with Poison Bombs or burn them with Fire Metal Spear!

Are you ready for an epic weapon fighting game?

◉ Throw weapons at your targets

◉ Free and easy to play

Do you love Weapon Cloner app? Please share your friends!
Download and Install App Now 🚀 Play this game on your computer

What do you think Weapon Cloner app? Can you share your thoughts and app experiences with other peoples?

How to contact Weapon Cloner (Rollic Games)?
Find this site the customer service details of Weapon Cloner. Besides contact details, the page also offers a brief overview of the digital toy company. https://appsupports.co/1556833469/weapon-cloner/contact

I through one pushback trident and I seemed to have done a “FINISH HIM” move or something because it summoned 999,999,999,999 pushback tridents all packed together and threw the enemy of the map and it didn’t even kill him lol But then I was in the infinite void and couldn’t do anything so I just exited and came back in. Otherwise good game.

Ok this game is good and all but it will need some improvements sometime soon. There are lots of people requesting glitches and most are not fixed. I suggest to shut down the game to every user and read through the reviews. Also, the boss level I’m on is not working. There is a guy with three minions and has a cloak on his head. If I throw a weapon, the weapon won’t hit anything and keeps going on. And yes this game is good there is no hate in this review but, you need to fix glitches or people are not going to want to play it anymore.

After leveling up and playing it is a decent time killing game but the level 173rd has a glitch where the weapon doesn’t shoot. A while lane comes out and it glitches. I tried to wait and the monsters come and hit you regardless if you spread the weapon and clone it. If that get fixed and y’all lower the ads ill be great. But as it rn I can’t go past level 173rd

On level 193 you will throw something and it will not work, it’s no the glitch we’re a spear goes threw the enemy. One spear goes far away and then the rest of the just drop to the ground. But it’s a good game.

So I’ve had this game so almost 4 months now and it’s been amazing. But about a week ago it stoped working. Whenever I want to play it and choose a weapon it does the motion of throwing the weapon but the weapon does not go anywhere. It stays in front of you and I cannot complete the level for that reason

Hānai i kou makuahine - This only happens to me on bosses the first time around, I think it's intentional.

Solid concept done well here but with one giant flaw. Your weapons sometimes go completely through an enemy. Breaking the entire game. It only happens to me on bosses fights the first time I try, it seems rigged. This game is AD every-single-opportunity. As are most on the app store, so if you know how to deal no biggie.

I love this game but not only does it lag a lot but on level 32 the bosses force field (i think it’s the boss) breaks and it pauses so I can’t beat the level. It’s really sad to me though because I like this game and it’s really good.

I mean it’s so fun don’t you think

I have been playing this game for a while. It was fun at first. I felt good. But after five minutes there was no challenge at all. You could kill all enemies in two throws and all upgrades were useless. Finally, the game is to bland. It’s the same enemies that are used the entire time. Please do not get this game, it is a waste of time and it does not satisfy.

The game is terrible, all the levels repeat after level 50 (which is super easy to get to). I never once felt challenged, except by all of the ads. Any review that says certain levels are hard or interesting are paid reviews that the developer put up themselves, since the levels repeat and are extremely easy.

Good simple and fun. Nice to play when listening to music or waiting. Just make the monsters run faster or make their hp bigger.

How do you fix the glitches. I downloaded the update and nothing. Still the same glitches

Review noter - If you think ads are bad read this:

Turn off your WiFi,it is so obvious

Maxpronoob - Look how the game is fun

This is the best game ever I pay it until my phone is dead!

The game is pretty fun and addictive. I made it to level 181, now my character is stuck throwing the weapon without it leaving the hands. Been stuck here for a week. Please update this!!! I don’t want to uninstall and lose my progress.

It’s a fun game but the levels keep repeating after beat certain amount of levels so pls add more levels and also I have all the weapons and almost all the skins so add more weapons and skins pls.

The no man can't - Great game!

Saved my marriage. She was gonna leave me after I killed our daughter but she loves this game and so do I!

Jax one thousand - The game

It’s ok but the ads glitch out and your not able to get out. Sometimes when I play your game it freezes or kicks me out so please fix those.

It’s a bit easy but for me I couldn’t pass level 40. I’d hit the pharaoh but it would say terrible shot, wouldn’t damage him, and the camera would get stuck.

So its just buy buy buy - I like the game but..

This is a good game, but in the description of it says it is an “RPG game” well if you go into the game, theres no roles to play. I would’ve rated five stars if this was not here.

When I try to play a add for an upgrade or a weapon the add won’t work so I’m stuck on the first two weapons.

Hungtran2013 - This is lucky chair

I like it thank you it’s of the ads

The one where it just gets sticks above your head. It’s new

I Live For BM - Boring, easy, ad-spam of a game

I mean turn of your WiFi before opening and say bye bye to ads. But even without the ads the game is too easy, no challenge whatsoever. Was expecting a bit more because I like the concept

Trapmama - Fine at first but

The game Seems to exist solely as a delivery mechanism for ads. It is not possible to advance in the game without viewing 30 seconds ads, as they function as an in game currency. The ratio of game play time to ad viewing time seems to be ≈50:50. Bad game.

But it could use more weapons

This could have been an ok game but when I choose not to watch a video to get extra rewards but it forces me into a video anyway I’ve had enough. Way too many ads forced upon you.

This game is garbage. Even if you play without wifi, you can’t claim any rewards past the first three without watching ads. Disgusting, but all these bot reviews are gonna keep tricking people into wasting their time.

Another ad infested game that makes playing it annoying for being forced to watch ads after every level and for everything else too.

Really fun but could use more weapons

Please fix bug i cant even watch an ad to get rewards pls fix asap.

Archero is for degenerates - Ad simulator

More ads in game than actual gameplay. Greedy horrible devs. Played for like 5 minutes and 2 of it was the actual game and spent 3 minutes watching ads. Trash game. Trash devs.

The ads are actually what the game is

Good job on making a buggy garbage game I can’t even play the game without it crashing. No matter what I do the game crashes and freezes constantly.

Ea sports n the game - Not even being able to play

Pigs are eta him - Okay

TheirGoodReviewsAreFake - Name of the game is ad revenue

Fun concept for a good time waster but having a 30 second ad after every level (10 seconds of gameplay). Yeah... no.

Msnsjensjen es - Dident play it yet

I dident play it yet what is it like by Aiden

Fun game but could use some more weapons.

FabClipppers - there are more ads than game

This game is ok but maybe a micheti

Game literally lag and closes when I try to throw they get stuck or they go way way way over the enemy really fun, keep adding more weapons

When do you get a magic weapon - Idk

DJBBRN - What the fridge man

Why in the heck is your stupid game going to take my money for no ads then proceed to still give me ads on my screen. I want my damn money back.

Enterah - Runs slow & too many ads.

This game runs really slow on my iPad. There are also way too many ads!

Games fun but the ads get annoying. Make it possible to remove them