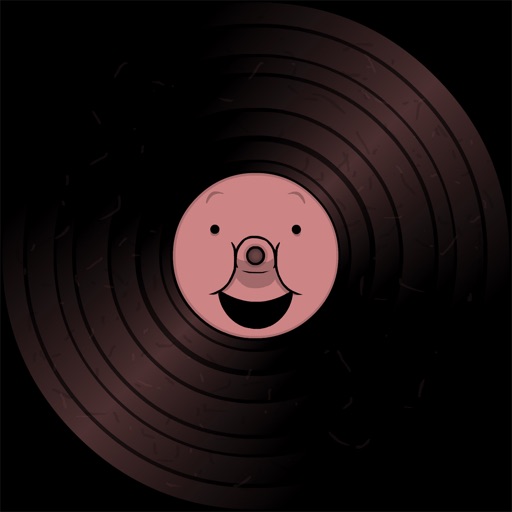 What is one night at flumpty's 2 app? "Welcome one and all to Flumpty Bumpty's, If the light's turned off then you're safe, If the lights are on then they'll come find you, And rip you a brand new face."

Once again Flumpty Bumpty and his assortment of awesome friends have invited you (kidnapped) to a special place to play a game! All you need to do is avoid them untill it's 6am and they will become your brand new best friends. If you the get to you before 6am well... best not think about it.

This new and exciting place is full of different set of rules you will need to learn quick and your only tools available include a light switch computer running with an old battery and a couple of vents.

Do you love One Night at Flumpty's 2 app? Please share your friends!
Download and Install App Now 🚀 Play this game on your computer

One Night at Flumpty's 2 App Tips, Tricks, Cheats and Rules

What do you think One Night at Flumpty's 2 app? Can you share your thoughts and app experiences with other peoples?

I really love the mechanics of this game. It’s really balanced with the owl forcing you to not sit in the dark the whole night, the limited laptop battery and the exposure meter. They all work so well together. This game also has some more lore to it like the introduction of eyesaur who is a monster of corpses and the newspaper after beating hard mode talking about an apocalypse which is seen in ONaF3 regular ending. Just the small details. And one last thing, I like that different characters affect you in different ways. Flumpty gives you a second to react since it’s hard to predict when he’ll jump in. Grunkfuss the clown does more exposure since he’s closer to you, and Eyesaur does a crazy amount because it has so many eyes. For a FNaF fan game this is incredible visually and game play wise. Very unique I love it!

At first I was kind of worried that this game would be terrible but I played and really enjoyed playing it 10/10 totally worth 2 bucks I recommend this game to anyone who played FNaF or fnac. I do have some suggestions like please add full screen and add a little completion icon in the corner, these were just some thoughts I had so please add some of these soon , thanks clickteam

This is a good port form the original PV version with some minor changes to avoid copyright issues witch I don’t mind. But on the ipad I noticed it’s nit in wide screen but that really it for what’s wrong of this game. Should definitely recommend. Now for people that think this a rip-off it’s not . just want to make that clear.

This game is amazing and still the best in the series. Both ONAF 1 and 3 are good games but 1 is a bit too comedic and 3 is a bit too dark. However this game has the perfect balance between horror and comedy. Also this game introduced Eyesaur. He’s awesome!

CowzKingz - Great game itself! But…

So of course the game is great because it’s Onaf, but this is about the port. I really feel like there should be a wide screen option for iPhone 10-13 users. Or just a setting tab in general… I’ll definitely move it up to 5 stars if that gets added.

I’ve never played the game on PC but the game worked fine when I played it on my phone. The gameplay is suspenseful and you never fell like it’s the games fault you lost. Would buy worth the 2$

Tbak88 - You should add endless mode

Ribbs no1 fan - Even better then the first

Alright, so I downloaded the original onaf when it first came out. I became addicted. But this version is actually perfect. The buttons are not broken and it feels really well. I absolutely LOVE this franchise.

Ever since I watched markiplier play this game on PC five years ago, I’ve always wanted to play. And thanks to the fazbear initiative I’m now able to play it on my phone. Thanks!

This game is just as good as the first one and the original five nights at Freddy’s. It stands out with its mechanics characters and style! I got this one first and I’ll definitely get the first one soon!

This game really goes in a different direction from the first ONaF game, being completely it’s own game. It is, in my opinion, the best FNaF fan game I’ve seen or played.

The quality of this port gives me even more excitement about the fanverse initiative and can’t wait to see what’s next for it and Clickteam!

Very nice and fun, a lot more addicting than #1, I bet ONaF 3 is gonna be amazing! Although I think there’s a problem with the audio, I’m sure that’s getting fixed

This is one of the best fnaf fan made games tied with fnac. I also love the 2d graphics. I’m about to make my first attempt on hard boiled mode too!

This game has such a tension of being aware of your surroundings. Who gave you those “dreams” you were talking about?

Hi majsjs - 2 dollars is worth it

Gameplay3r67 - The egg strikes back

Great game overall, the new mechanics are great as always with the new rooms breathing life into the world around you

Flumpty should be the center of a comedy stage, cause the game over text and the hard boiled mode text just “cracks” me up

Omg super good work if you didn’t buy yes do so it will be worth it.

The game is really awesome I survived until 5 AM I like this game so much :)

I am glad that it is on mobile

This game just isn’t great to play on mobile

Works just how it should!

Great game but I like the first one better. 🤪

I saw Freddy Fazbear head on the wall RIP

King of the geese - Best

Nothing bad. Except for one thing. Hard boiled mode is kinda hard when it comes to birthday blam, grunkfuss, and eyesuar. Eyesaur is just painful. He can make you lose in like less than a second. And geunkfuss and kill you, but he will most likely have you at that part of exposure where if they see you for 0.1 seconds, you’re dead. Anyways really good game 100/10!

The PvZ Master - A great sequel to a great game!

I was waiting for this to come out on apple store for soooo long and now it is! It is so much fun mostly hard boiled mode good job! But can you improve the graphics please in the office

Liking the little changes, overall good port. Now we wait for the third.

The egg is scary

OMG I LOVE YOU GUYS

One Night at Flumpty's 2 Wiki

One Night at Flumpty's 2 App Languages