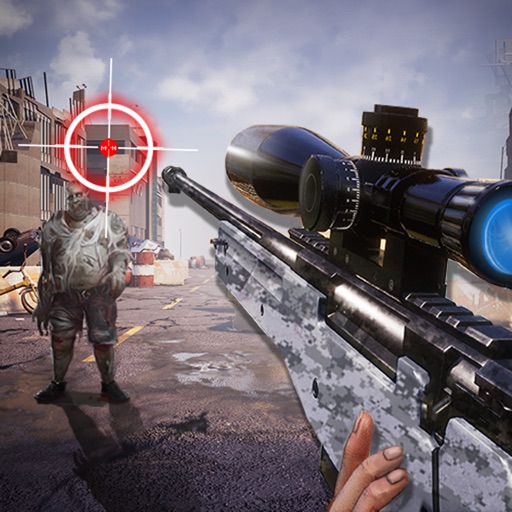 What is plague of z app? Zombie siege, recruit survivors, lead your army to survive, break through the siege, and find a safe place.

It’s an abandoned city, and you need to lead your army to build it to resist the attack of zombies. Sometimes zombies will attack you in the sewer, please be careful. In an environment of scarce resources, train your army, upgrade your technology, and find other survivors to lead the light.

-Danger-
Warning! There will be zombies in the city’s sewers at any time! You need to destroy them and protect the residents.

-Choice-
Resources are limited, would you choose to share it with other survivors or grab them?

-Cooperation-
Zombie mutation, destroy it with other survivors!

-War-
Found a new refuge with limited capacity. You need to cooperate with some survivors to defeat other survivors to get more resources to survive.
And more…

Do you love Plague of Z app? Please share your friends!
Download and Install App Now 🚀 Play this game on your computer

What do you think Plague of Z app? Can you share your thoughts and app experiences with other peoples?

How to contact Plague of Z (TOP GAMES INC.)?
Find this site the customer service details of Plague of Z. Besides contact details, the page also offers a brief overview of the digital toy company. https://appsupports.co/1499036189/plague-of-z/contact

Parmenion-crofton - Not worth putting money into. Glitchy

I’ve been playing for a couple months now. The game has been glitchy from the start and I can say not worth putting money into. I’m not sure how it has 4.9 rating. 1) there will be times the game won’t connect to their server. No response from customer service. 2) game will freeze for no reason when you move from the settlement to wilderness view. 3) targets you try to attack (monsters and bosses as well as resources) will disappear in the middle of a March. 4) in-game translator and autocorrect are always making mistakes. 5) no consistency with how rewards are issued after events. Some come to your mail, others have notices telling you to visit the event to collect, and some give no notice, so you have to remember yourself. 6) matchmaking for battlefield is one of the worst I’ve seen. Always results in a mismatch blowout. 7) there are events being generated without a chance to achieve milestones. 8) game features remain incomplete, even after months of gameplay.

Before starting this game, be forewarned; it is an absolutely pure player-versus-player platform, which means there are zero game-imposed restrictions upon who can attack who. So unless you’re ready and willing to max out your credit cards, be prepared to be treated as resource fodder by many established players who have already spent prodigious amounts to grow their capacities. The game’s business model is designed to heavily reward big spenders to the exclusion of all other factors, so don’t expect moderation in the game environment any time soon - if ever. Side note: abusive behavior is not uncommon in either the game or chat sections of the app - but if the perpetrator is a big spender, don’t expect their antics to be addressed by the support staff.

The game is fun, but there are problems. The puzzles that are in the advertisements have been down for about 2 months. The alliance vs alliance battlefields don’t work at all. Two armies attack each other and attempt to hold buildings. After the 2 hrs run out the score is tied 0-0, and both sides are credited with a loss. However after the last update I’ve noticed the game doesn’t crash as often as it used to.

Whitesharkfromthedeep - Playable but Not that great

Full of glitches , zero support on critical issue, friend filed a complaint was told by support “ don't like it leave” so don't expect any support, game is made to favor pay to win players that can spend tons and be obnoxious rude and flex their credit card look at my base

Basically is just a doodoo water re-skin of their other game Evony TKR. Would be lying if i said i didnt have any fun playing but maybe add more detail to troops.

This game is absolutely incredible! The graphics are stunning and the gameplay is very detailed! :D

Nit happy999999999 - Cannot use after update and no response from support

Cannot use after update and no response from support

Not able to play. As soon as I open the game the screen turns black and stays like that...

Mecca Jr - I hate this game it is so boring

Habib Malayeri - Not an interesting game

The gameplay is not very joyful.

Ems glock - Fun but not enough

I have fun playing this game but the puzzle mode is not up to date .

This is a ridiculously stupid game. Any 5 star is a fake review. You can down it, but it’s just dumb and a waste of time.

Graphics are outdated a bit

This game is just as bad as Evony. Super slow gameplay, and the same lame puzzles that Evony has.

This game a good game but the puzzles to hard

All the good reviews are with in 5 days in Dec. Fake

Vic six - This game is the worst game ever, I regretted downloading it

... format and dated graphics The puzzles are dumb.

I love this game but there I go to get pet

Whird - All the same gameplays

All the war and zombie games have the same style of gameplay. When are we going to get a game that plays like the ad video suggests the game is like?

bruh your country is literally dying of a plague or starvation... delete this.

.@charlesjkenny's #ThePlagueCycle () "takes an even longer view...This all-encompassing view of humanity’s battles against disease provides a useful background to the more-specialized COVID-19 volumes." via @nature @charlesjkenny

The new UK variant of Covid has been confirmed in Elbert County, CO. A man in his 20's with no travel history. Can someone let me know when it's time to panic? #DeadCenter #SeventyPercentMoreContagious #MentalHealth #BenefitsExpired #CaptainTrumps #Plague SARS-CoV-2 VUI 202012/01

@Nma82476949 @c_h_i_z_a_r_a @AdekoyaAdesola5 @TundeEddnut There's the pea size brain female with senseless accusations.. You should be avoided like the plague, daughter of jezebel

2. My last [creative] and I had a fallout, they were [x, y and z] These types of clients tend to be amazing gas-lighters and if it doesn't feel right, you should avoid them like a plague. Ask who the previous creative was and if you can speak to them just to test the waters.

Its hard not to read this piece and not think of @maxbrooksauthor's World War Z: especially the first act when the governments of the world bumbled away their chance to stop things

@PkdYourItems Disagree. With the pk scripts that plague edge pking and auto prayers / spec in bridding. Team wildy pking is the only form of pking that’s not riddled with cheating.