Use your finger to carve beautiful frames. Just avoid the obstacles and you'll be alright.

What do you think Carve it 3D app? Can you share your thoughts and app experiences with other peoples?

do something Or else - Why

Why just English as Japanese Spanish. And all other kinds of lingoes.por favor.

Who is giving this game 5 stars?

this game is just kind of meh and something to just aimlessly play. the levels kind of just repeat themselves after level 100 :(

It’s stupid all you have to do is hold it down you can’t even try to do it.

This game kind of plays itself, theres not really any challenge to it so I don’t feel amused playing it. Also it’s so dang slow, if it was faster-paced it wouldn’t feel like a chore to do it and would be more challenging. There’s also no sound so they cheaped out on that so my visuals can’t match up with what I hear. This really probably deserves a 2.5 or something but I don’t think it should have a 4.6 in the AppStore so I’m bringing it down

They have the same levels through the whole game.

So the first problem here is that it doesn’t have sound. I don’t understand why most of the mass produced games right now don’t have sound and the developers think it’s not necessary because it would just make them put more effort in something they just want to make “easy money” out of. And the second thing is, why give me a gift but force me to watch an ad to claim it? What’s the point? Isn’t watching an ad considered a payment? So I’m basically getting a gift but then am asked to pay for it.. I seriously don’t understand why most devs do this now.

This isn’t even a game. You LITERALLY just hold your thumb down and that’s it. It’s impossible to lose. Literally just go look out a window or something and you will have better spent your time.

SweetGingerBeard - Fun game but to many adds.

Fun game but to many adds

Is it me or it plays itself? All I have to do it’s press down... kinda boring.

Ad after every level unless you turn off data for the app. Levels do full repeat after level 100. No change in them at all

This is a relaxing and fun game I like it

Catholic mom of 10 - Not very many ads

I don’t know what you people are saying. I haven’t seen many ads in this game. I love it❤️❤️❤️ Totally download it

chesse plz - too many ads

There’s an ad after every level like bruh ....whyyyy

@OwlFWGKTA: Why did the Greeks and Romans carve things out of marble when they could have just 3D printed whatever like it would have sa… 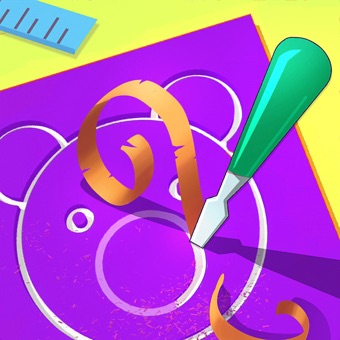