Move circles on top of towers. Two of the same value in the row would merge into one bigger. You can discard circles that You don't want. Reach the size of eleven to get a bonus!

What do you think Stack Merge 3D app? Can you share your thoughts and app experiences with other peoples?

I deleted this game because it’s not fun anymore

When I first got this game it was great, but after a few weeks i started to hit ice how many adds there were. My number one though was there are WAY to many adds!

Tankardfan - Waaaay too many ads.

Sorry, but the ads ruin the fun.

There are way too many ads. I got one every two minutes, and it makes the game unbearable to play.

Inserted ads played video with someone shouting, despite phone mute setting. Uninstalled after third time in a row that it happened.

Too many ads. You literally can only play a couple moves in like 10 seconds before it shows you a 30 second ad. This repeats continually. Would take hours at that rate to make any progress. Too disruptive... would be fun if the ads were less frequent and you could actually play.

Man, voodoo, take the adds away please! I like the game and how the tiles merge but I literally cannot play with the amount of adds put into the game. I also think you should be able to move the tiles no matter which stick they are on. If you take the adds away, people can actually play.

It is really relaxing 😌 and fun.that is all I have to say!

medmonsond - Way too many ads

This used to not have so many ads not almost after every play there is an ad!!!!

Ads every 15 seconds. Get more ads than gameplay. A lot of these 5 star reviews are clearly fake.

Love the game, hate the frequency of the ads ... delete.

Lady Wynter - Was great till some recent change

Just within the last day this game has started wanting me to verify age, etc, and telling me I turned off my sharing of data EVERY time I open the game and I have not changed any settings. Tired of the basic harassment that this is becoming. For this reason I am deleting this game.

Not a bad game, but... This company is very good at supplying knockoff versions of games and spamming you with invasive adds that glitch your phone out. Cannot stand the new update either where they’re forcing you to share your data with them. I swear to god, if I see another one of those stupid, invasive “⚠️Support is again by allowing data sharing” alerts that block half of my screen, I will kill myself 😡 Don’t download, 💯 annoying! #voodoogameshasgonedownhill

I love “Tower of Hanoi” games and this is a good one. Very relaxing and no real goal other than to enjoy. One suggestion, if you don’t mind: have the top most discard available for play. The only reason my review isn’t 5 stars is because the game lacks a bit of challenge and I prefer a game that has an ending and can be replayed. Personal preferences aside, this is a sweet, relaxing game. Nice job, Voodoo.

This game has so many ads pop up you can’t even play the game. It’s all ads. Stupid.

A TON of ADs but completely addictive

The game is fun, entertaining, and very addictive

Advertising is far too aggressive. Interrupts the game constantly. Fun though

Bluerkt - Too many ads in free version

I can’t tell if I like this game enough to pay to remove ads. There are too many ads to get into playing he game — close to the same amount of ads as play time.

DMTNT - Great game but many ads

I love playing this game but ads pop up every 15-30 seconds. It takes the fun out of it. Using the special features for watching an ad makes sense but afterward you get another ad 2-3 seconds later. It is frustrating. If you can look past the ads then it’s a great game.

Maybe a world ranking system should be added because the game becomes too easy eventually and then there no reason to continue playing. I have a lot of ideas for improvements.

Mrahgen - Nice while it lasted

I honestly loved this game. I usually always play offline so I don’t have to deal with adds, but after the recent update everything changed. I used to get in a great flow tapping and placing rings, until today. I opened the app and suddenly couldn’t place my rings until I realized the game now wants me to drag and drop the rings in a really awkward feeing way. This change honestly might be enough for me to stop playing the game despite my 12B score.

Games good but.... when you have a advertisement every 10 seconds the fun gets ripped off almost immediately.

It’s a fun game all the advertising makes it irritating. If the amount of advertisement can be cut in half this game would be better

But to many commercials

I love this ad simulator, it makes me feel like I’m watching ads, the only thing I would change is that pointless game that takes up the rest of the ad time, fix that and this would hands down be the best ad simulator of all time

Aaron Ali - Way too many ads

I get that games now a days have tons of ads but this game really takes the cake. I couldn’t finish playing one round without seeing about 20+ ads. This is honestly ridiculous.

CMac Attack - Love the game, but the number of ads is ridiculous!

This game is so much fun, but the ads are seriously excessive. I’ve timed it, and there is truly less than a minute of gameplay in between spontaneous ads (not for a reward or at any certain landmark in the game). It’s very annoying, especially the ones that turn off your music or audio.

Frustrated io Lover - SO MANY COMMERCIALS

I have no clue how anyone would enjoy this game with the amount of commercials.

This game is actually attention catching and nice to play here to there but, the ads are so repetitive and over the top it ruins the actual game play. Ive actually timed it and within 2:30 seconds i got 6 ad’s some of which you cant even use the X button to escape

Would be better if you could use the discard pile.

One of the rings had a glitch and won’t let me place any on it. Can’t find a way to reach out and get it fixed. No way to contact customer support. Would not recommend.

TWOOTZ__66 - Only one thing I would change

I just want to say I’ve been playing for months non-stop. I’m currently second on the leaderboard with 450 billion but to check that leaderboard you have to die. I’m obviously not going to die this for into it, so I’ve been checking on my friends phone. It would be awesome if you could just check the leaderboard mid-game. Have free access to it any-time. Otherwise great game and I’m shouting for that #1 spot 💯

i would give this game 5 stars if there weren’t ads every 3 minutes!! ugh! i rarely write reviews but i love it but if voodoo took out a lot of the ads i would give it a 5 star.

This is not imprtant - Hate

It’s a fun game and all but every time I ever going an ad pops up. I set a few pieces down and an ad pops up so I’m getting an ad every minute to 2 minutes and it’s quite annoying

I love the game. However, you can’t get through one level without 2-3 ads and that is very annoying. I understand ads are there to keep the game free, but it has enough to the point that I don’t want to play because I get stopped too frequently to even finish a level.

Loaded down with ads every 5/6 moves.

They make the game easy so you can keep watching ads every 2 minutes. I was waiting for a stopping point so I could get back to work, but never found one after playing this easy and addictive game. until After the 100th ad I got annoyed and was able to break the addiction from the game after I never had a chance to lose lol. Won’t download or recommend. But it was a great game.

yoogie30 - Too many interruptions from ads

There’s too many ads all the time. Turn your iPad to airplane mode to combat that.

Fun game, but there’s so many ads that it makes it unbearable... deleting

Voodoo stop your to many adds!please🤯🥵🤬😴

There’s literally (no joke) an add every 5 seconds

Baguette 69 - Don’t download this unless you are really depressed.

The ads block the game and you can’t play

Voodoo, PLEASE STOP PLAYING YOUR GAMES TERIBLY IN UR ADS

This is actually quite a cool game, however the relentless adverts after every couple of moves makes it painful. If they brought the price down from some ridiculous cost then I might have considered buying. Come on chaps, play the game 🧐

I love this game, the strategy the effects, its brilliant. But the ads. Oh. My. Word. They dont come after each game they come after every few moves. They will also cause you to drop disks on the wrong stacks which is hugely frustrating. Because of this I play it less often because I need to be in a very patient mood to put up with the incessant interruptions.

This play is unplayable because ads are popping up every few seconds!! Deleted very quickly.

I know developers need to make some money from apps but this game is SATURATED in ads. Not impressed.

This is the most egregious ad-game I’ve ever seen. If you’re going to play it, turn off your WiFi, otherwise you’ll have adverts interrupting the game (no hyperbole) every 10 secs. You place 3 tiles, advert, 3 more tiles, advert again. Not worth anyone’s time.

Vynea - Excellent game, too many ads

This game is fun to play, but the ads are becoming a big problem. While I don’t mind the occasional ad-break, I often find myself frustrated with the sheer number of adverts I receive while playing. This not only affects my experience while playing, but also affects my ability to play as the adverts often appear while I am making a move, causing me to drop disks onto the wrong rack.

Would probably be a good game to play if ads were coming up every minute i play. 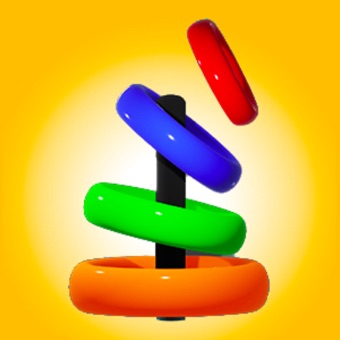