Do you like colors? Then get into the world of colors where you combine colors to solve satisfying and relaxing puzzles.

You will love this game because filling and combining colors feels so good that your brain will be stress free.

What do you think Color Combo! app? Can you share your thoughts and app experiences with other peoples?

probably one of the most boring games I’ve ever played, and there are way too many ads

Since ads popped up so often I clicked on the app in setting and went down and turned off my cellular data for the app making it where I won’t get ads but can keep my data on. I’ve had it for less then a day and finished all 144 levels and now I just have to repeat the old ones I already did so now there’s no fun to it anymore but it was fun while I had it!

Enjoyable game, but tell me why there are still ads even after I paid to remove them? I appreciate the disclaimer that ads for version things (skipping levels, requesting extra keys) won’t go away but I want a refund for the crazy amount I’m still seeing.

The game is pretty okay, but the ads after every few levels is kind of annoying.

djshshsvsbsjdh - The game is good

I only played for few minutes.... there’s no challenge and it may be just too easy for the beginning but I cannot tolerate the ads so it is not on my phone now🙂

This games is infested with constant ads, even after every few rounds, which only take 30 seconds max to finish. The ads are a constant annoyance and make the game unbearable to play.

I love the game and it’s fun and addicting but sometimes it glitches and it gets annoying, I push the restart button and I works for a while and then it glitches again. So please fix it ⭐️⭐️⭐️⭐️

I don’t like how many ads there are that’s it :)

I love this app, I really do But there are so many ads and my game keeps glitching! Please fix it!

Every level is too easy. I thought the fourth. You go into the game it would become more difficult which would be exciting. Yet it only has a difficulty for of a 5yr old.

Wayyyyy too many ads

This game could be fun, but it isn’t even worth downloading because after every level an ad pops up

Got the gameto play the game, not to watch stupid adds. Deleted.

Ads after every 2 levels, fun game tho

If you don’t want ads just turn off your wifi...

Entirely way to many ads I get a 30 second ad after every single level and it won’t let me skip it !!!

Ashenefe83 - Do something about the ads!! Too many!

Game occupies time and is not hard. But you play through only 2 levels which takes about 5 seconds, and you MUST endure an ad. Every 2 levels? Too many ads. I spend at least a 3rd of my time watching ads. Actually more with the 30 second ads. Just not worth it. It doesn’t even give you an option to pay to not have them. I’d pay a couple dollars to not have ads and I can’t even do that. Deleting.

Too many ads, when you click no thanks to watch an sad to get a brush it still puts up an ad, overall this game is not worth the ads that you have to watch To the game developers Make a decent game that actually takes a little skill then maybe people will watch an ad to play.

I like the game, it’s pretty addicting. However the amount of adds is extremely annoying.

i love the game, just not enough levels

I love this game because it always let you mix colors and you never go out of the lines and the thing I hate about it is the ads once you finish a level then you go straight at the ad and then you go back with the game but if you are thinking about getting thus game then you should because it is a good game to play with so yes get this game.

it saddens me to play this game. it’s so terribly boring and filled with ads that i have started to wonder who decided this would be a good idea. it’s not fun and it has no challenge. it’s satisfying to paint and all that but what ruins the satisfaction is the fact that every time you finish you have to put up with another horrible advertisement for another really bad game.

This app is cool and fun, but every 5 seconds an ad comes up. It’s so annoying!

I like the game. I understand having advertisements.. however, one after every play is almost enough to make me not want to bother with these games. It seems they all do it.

i’m playing the game the levels are so easy every two levels you HAVE to watch a video or some kid of ad it’s so annoying and they present you with an option to increase your coins awarded but you can’t even select the video the watch it?! the worst game ever

I’ve had the game for a total of 20 minutes and completed all the levels and there are way Too many ads and if you turn your WiFi off it has a loading screen every other level for 10 seconds. Disappointing

I've recently started playing this game, and I really want to enjoy it, but it's hard when after every 2 levels you have an ad pop up. Especially since they are pretty easy and swlf explanatory. I got the game expecting it to give me a challenge when I'm bored, but the only challenge I face is to not get annoyed with all the ads that pop up. Big games are big not because of the amount of pop up ads, but because the game is enjoyable with a REASONABLE amount of ads. Take into consideration of all these reviews.

Absolutely hate the ads in these games can’t go more than a couple levels with some loud ad popping up!!!

I enjoy the game I just hate the video advertisements

Wayyyyyy too many adds

So many ads it’s hard to play

There is no challenge whatsoever and it makes it so boring

When your watch the videos for more points it’s does not give you the points and the add pop up so so much !!!!

I love the game so much, but I’m done with all the levels. When will there be more?

Quick playing and fun--best way to kill time without getting bored.

There’s like 60 levels and then they just repeat, and sometimes you get the same one three times in a row. Only fun until you beat them but it doesn’t take long and they don’t care enough to add more. Don’t get this game you’ll regret it.

The concept of the game is really good and something I would play for hours. But it needs lots of work. I found myself getting bored when the levels just kept repeating themselves. I made it to level 214 and before I had to just stop all together. Since I got so bored doing the same 20 something levels over and over again. Especially since it seems like 10 different levels that would constantly keep repeating.

There are a lot of glitches and it crashes mostly when u unlock a skin for the pencil, but overall great game

Little bit boring but whatever

I downloaded this game thinking it would be fun but when I opened the app I went up to just level 5 and it glitched out. Now my phone doesn’t allow me to delete apps and so I have now wasted some of my storage. ⚠️DON’T DOWNLOAD COLOUR COMBO⚠️

this game isn't too bad but level 69 is totally glitched, i managed to complete it some how but it wasn't easy. please fix this issue

xXsoamazingXx - Way too many ads

Couldn’t get through the easy rounds without getting too annoyed with all the ads. Super irritating.

easy easy so so - So Easy

This game is really really easy

It’s pretty good the only thing is it gets a bit boring after you’ve unlocked all the brushes! I would love it if you added a couple more pages!!

To many adds and not enough levels only 144 levels

You don’t even get the chance to try the app in a meaningful way without getting blasted with ads! You can’t even close them properly as it gets stuck on the download this app screen forcing to go to the apple store. Like the idea of the game but this has turned me off completely. (Iphone 10)

Not a good game. Boring and repetitive. Too many ads

There are ads every 10 seconds and it is so unbelievably boring... really not worth it.

rani cute - The best game ever

This the only game I had and it the best

What else to say

angry_charlie - The same add every time

appsrevies - Most boring game I have played

This is the most relaxing and enjoyable game I’ve ever played!! I love it!!

Sigh. There is an ad after every single level. I appreciate that the game is free and so the developers need to make money, but it's a bit too much. Deleted the game after about 5 levels. Shame really, it looked like it could be quite fun to play.

i finished the game in less than one day, if people are fed up with ads turn off wifi?

ArchFox13 - Good concept but too many adds

The adverts make it seem really fun and enjoyable but don’t tell you about the amount of adds there are. There’s one after every level and it gets too time consuming!

lacey is the best cxx - Lacey

It’s a good game but you can only play at least two rounds then so many ads. Like actually not even worth the download because you spend more time watching ads than actually playing the game :/

Stuart Vincent - TOO MANY ADS!

This could be a decent little time wasting app, but for one thing: the ads. I appreciate it’s necessary for free apps to be supported by ads, however is it really necessary to get an ad EVERY TWO LEVELS?? I mean, the levels aren’t that hard (at least as far as I’ve got) and I spend more time being subjected to ads than I do playing the actual game.

it’s not complicated or anything, but it’s fun when you’re trying to pass time

It is a fun game if you are bored

It would be a good game for when you’re bored but after every level it crashes, and there is too many ads

Too many ads it’s unplayable!

Far to many ads.

Too many adverts it’s a annoying 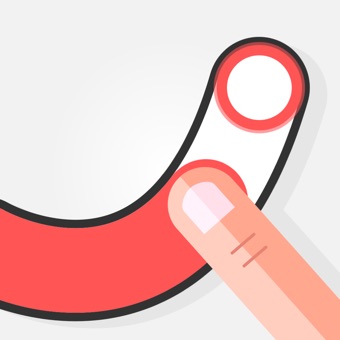