Filca is a camera that combines digital camera and film sensitivity.

It is optimized for taking snapshots.
Take pictures of people, self-portraits, night scenes and all the moments of everyday sports.
Use filters to create an analog film look.

What do you think FILCA - SLR Film Camera app? Can you share your thoughts and app experiences with other peoples?

They make you pay to use the baseline features of the app, results are lacking substance. If you want date and time stamping you have you pay the same amount as the initial download— doubling your investment. Then you need to pay for each different brand name film filter package, which isn’t clear in the app description. If you want the real Fuji or Kodak looks you need to pay more. There are knockoff versions in the baseline app, but they don’t look that great.

It’s a ripoff! I try press the record button but it’s not working!

Poor and a big Rip off

I downloaded this app for free. Then it charged me internally without my authorization. Contacted iTunes and they said it was due to an “internal purchase” for “using different lenses” which I have no idea how that would have triggered a payment. Be aware when using. Big thumbs down

This app drains battery on a serious level and phone dies suddenly. What's worse is poor communication line. The only possible way is email which is possible to acquire only through instagram, but they never answer your email. I've written them 3 times for the past 2 weeks, they didn't even have an automated answer. They are eager to release new film preset to buy but seriously careless on the bug fix. What kind of camera app crashes and phone dies? I am a iphone user since iphone 3Gs and have used wide range of camera apps but this is by far the worst.

I purchased the full version. Money went out of my account and it’s still telling me I need to purchase the pro version to use any of the pro features...

I’ve tried everything to try and use this for a simple film... All it does is ask for more money each time and there’s no where to see what filters I have purchased and how to just use what I have... so far has wasted my time and money

Absolute rip off and will be requesting a refund. Cannot use any of the features in the app without purchasing another mode of the app.

At the moment the app only supports 1x and 2x cameras and not the wide-angle lens.. please update! Otherwise loving the functions and filters. Agh update. It keeps saving photos randomly every few seconds without me pressing it.

You’re only given the chance to take maybe ten photos before you can no longer save photos and are instead given a link to buy the pro version for yet another 5.99. This is wrong

candy browne - Paid for upgrade and no difference

Great app! Is there a way of changing the way the date is written? Mine is backwards

I don’t think it’s really worth the money... I get what they were trying to do but it’s not really clear on how to use it or how it’s different from simply editing an exiting photo. So yeah, a bit disappointed.

banabeza - No way i wish to get a refund

I download the app 2 days before I thought ut would include all the features but it's just 5,6 effects and that's all. And it cost roughly $7. I wouldn't recommend to buy this. And can't I get a refund ???

It’s not worth trying

Purchased it but does not work on my iPhone 11 Pro. It just does not start. Money wasted.

It's Bax - No Aperture Change No RAW

WASTE OF MONEY! No Aperture, which make the SLR descriptor a BS. If you’ve got an iPhone you can just shoot in portrait to change the aperture and then download a great free app like VSCO to get Rip-off Leica’s features but waaaaay better and without having to pay anything. Also there is no option to shoot in RAW. If this App was free and they described it for what it is then it may be worthy of a 3 star product.

Not all is included in the cost. I assumed you would get the film series included or at least ad free after paying. Hopefully doesnt do ongoing payments as others have said.

Hi developer I love this app so i decided to upgrade to premium after paying still not upgraded. Thats why i cannot use all the features of this app.. I don’t know how to reach u so i’m writing in review setion. Sorry about that thank you

Thought I spent the money on the right thing. First of all, yeah the app “basic” feature was good, but when it comes to other series or tell me to upgrade to get more premium thing.... I’m pretty disappointed...

Hi there, Netflix - Love the control,but

The ads are really annoying.

Money grabbing. Useless without all the extras you have to pay for. I paid for extra film series so I could record using the filters and it doesn’t even work, huge waste. Keeps taking money for nothing, I don’t get how this is even allowed

I can’t download the Upgrade Pro mode or any film series, The button simply gives me nothing And this should be fixed ASAP!

If you could manually control aperture and there was a multiple exposure function I would possibly never use my point and shoot film camera again.

Al Cuzz - Not worth it

Have many apps like this. This one isn’t worth the money, could get one like this for free.

Really like this app but it can record a video that will be even better!

Wish I knew before purchasing that I can’t even record video without upgrading to premium. I assumed that paying (roughly) $7 for the app would include all features, should be known to customers that you have to keep ongoing payment to access all features. Definitely wouldn’t have purchased had I known that it doesn’t even include all features listed.

Taras1970 - Good App but could do with tweaks

I’ve only had it for a day but it seems okay. A tad clunky when setting up. Would be great to have the ability to view the image you have taken without having to go to your photos folder. This should be done within the App and then the ability to edit pics there would be good. Let’s see what the developer comes up with

Shame I can’t edit photos I’ve already taken on my phone. A lack of convenience, but good features

The app works really great and you get your value for money, the film effects/filters are subtle and share many characteristics to the real film types. One improvement I can suggest would be to add the option to capture and save images in RAW file formats. As this is digital photography intended to mimic film photography, saving photos in RAW format would be a nice feature to round off the app. And RAW format would help users who do a lot of post-editing. Another improvement I’d suggest would be to let the app re-orient it’s layout for portrait photography, so users can more easily switch between taking landscape and portrait shots - rather than stay locked in a horizontal layout the whole time. I really hope you take these suggestions on board as they are the only reason I rate the app 4 instead of 5 stars - it’s a really great tool for film enthusiasts like me to have, and I’ve already recommended it to friends! 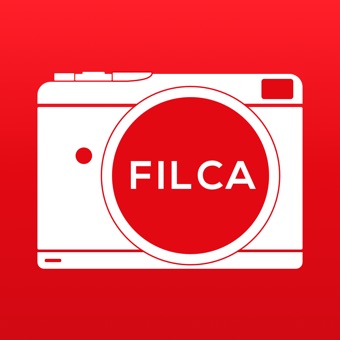