Those that know the game of Uckers need read no further, this is what you've been looking for. Six offs, mixiblobs and all bits in 8 piece-ings are here!

Select WAFU rules like suck backs and blow backs if you want to play with them. Everyone plays Uckers slightly differently so select your favourite rules!

If you're new to the game then learn in tutorial mode one of the most addictive board games ever made. You play with 2 colours each and aim to block your opponent from moving around the board by 'blobing up' whilst still getting your bits around the board first.

Enjoy the satisfaction of hacking off a maxi-mixi-blob and sending all your opponents bits home while you press on to victory.

Features:
• No in-app purchases and no ads. Pay once for the game and once only.
• No internet connection required, play against the computer.
• Tutorial mode teaches you how to play.
• Easily view game stats from the home screen
• Select which rules you prefer to play with, eg. suck-backs.
• Submit feedback at www.playuckers.com for the features that you want added.

The Uckers app is a 2-player game played against a computer opponent. Each player plays with tokens or ‘bits’ of either red and yellow or green and blue. The aim is to move your bits clockwise around the board and onto the respective final squares before your opponent does.

You’ll need a 6 to get one of your bits out of the home squares and then you’re free to move them around the board using one or both of the dice you roll. Each time you roll the dice, you must use both dice to move your bits if you can.

If your bit lands on a square with one of your opponent’s bits on then you take (‘hack off’) their bit and send it back home.

You can get your bits past a blob by landing one of your bits on the square immediately behind the blob and rolling a six on the first roll of your turn. You can then elect to ‘six-off’ the blob by tapping the ‘6’ over the square in question. You’ll need to roll a number of sixes in succession greater than the number of bits in the blob (plus one extra six if your bit needs to get out of home as well). This will then allow you to send your opponent’s bits all back home whilst moving one of your bits forward onto the square.

Once one of your bits gets towards the end of the board, when it is on those squares of its own colour, it is safe and cannot be hacked-off by your opponent.

What do you think Uckers app? Can you share your thoughts and app experiences with other peoples?

This takes me right back. And, as an ex Wafu.... all the proper rules!

MiddleWatch - Well worth a quid

With free apps galore to choose from, you might miss this one without realising. For 99p though, you get NO ADS !! On top of that, it is the King of mess-deck games, Uckers. With the ability to toggle key rules on and off, the game can be as infuriating as you like. Main snag is that you’re playing against a computer, so you can’t challenge an old oppo yet. Minor snag is the lack of sound from rolling dice or tapping counters, but you can always choose your own background music and have whatever poncy drink you want - without the risk of acquiring a lifelong nickname. Sandy bottoms !

Thought this would be like the game Ludo. I was very wrong. Firstly, there’s no option to set the computer player to an easier level. He always wins. Secondly, the stupid ‘You can’t pass the other players counter if he has another on top of it’ rule completely ruins the game. Change these points and the game could be good.

Aah, the classic mess shout. Stubby can of CSB with a blue liner all followed by a traditional ‘up-boarding’ when it all went t*ts-up! Takes me back to 1986, 3EA mess, HMS Charybdis.... Turns out I’m a bit rusty on the finer points but it’s all coming back. Thanks for giving us ex-matelots a game that most of us probably haven’t played for years on civvy street. D207207W

Such a great game with no adverts and no rip off additions. Bravo to the developers especially during these lockdown times for creating a game to pass the time away. As a current serviceman in the RAF I have played this many times all over the world using different rules. Could the developers please consider blobs moving backwards with doubles. Also using a snake when playing with less than 4 players. The snake uses an unused colour and moves around the board one space at a time every time a 6 is thrown. The snake eats everything in its path and you have to role a large enough number to jump over it. Great game though.

Matelot mania - A bit of fun

Takes me back to my greatest Naval achievements; being top of the squadron Uckers ladder but better than that; giving someone an 8-piece-in-the-pen dicking! Great stuff.

Just needs the sound track to Blues brothers or Party Party and I’m back in the mess square! One improvement suggestion for you though, could do with stopping the computer rolling the dice when he’s got a mixiblob behind you and has no possible moves, frustrating as the computer is normally a 6 throwing, double throwing b’stard normally!!

I’m new to uckers and after getting wiped out on big Lizzie I needed some practice, this app is great fun highly addictive and a great way to learn the game, love it

Cracking Uckers app, now even better with the addition of WAFU rules!

The computer hasn’t got all the nuances but it takes you back to those m&m with a crate and competitive conversations over tactics....brilliant

Great game. Could be better. Haven't lost a game yet so could do with being more challenging. Even better an online opponent option.

Great game back to the old Royal Navy days. Only criticism would be if was 3D to see the blobs, mixiblobs better. But cracking game

Good game. Takes me back to my time in the mob. Only downside, no 2/4 player mode, ( with internet connection, I could play with some old Navy friends

Do you also have WAFU rules

This App is great, it is the only computer game I get! Oh the bile that erupts as I throw a sixth six, or third double! All it needs is a few choice expletives to bring the reality of the game to life! Up Table!!

Great game, but the computer needs to be more brutal. Uckers is about humiliating your opponent by 8 piecing them. Once you’re attempting to get your final pieces home, then the computer should run a price home to avoid the 8 piece at all cost.

I haven’t played Uckers since the early ‘80’s. It’s taken a couple of games to get back into it, and I’ve beaten the computer! Loving it. Downside, I couldn’t easily see where I’d got blobs, but the strategy of blocking etc. soon came back to me. For 99p, it’s excellent. As others have commented, it’d be great if you could play opponents online!

This is not uckers, the computer plays ludo with a few modifications

So glad someone has made an Uckers game on here. Any chance of having an option to play oppo’s, either by Wi-fi or Bluetooth. Thanks for making my days in the office easier!

Played in the Royal Navy when I was on board. This game is good for practicing and keeping skill levels up.

ssseve - Memories brought back to life

All I need now is a couple of cans of CSB and a packet of 20 DF Embassy no 1 with “HM ships only” printed along the seam.

Needs the Bootneck/WAFU rules adding as an option, snake eyes start and with optional difficulty as the computer isn’t tactical enough. But my main observation is rolling 6 6s happens WAY too often, almost every other game. Interesting considering it’s a 1 in 7,776 chance so probably a bug.

It’s like playing that guy who is not very tactical but always gets the numbers he needs. Computer doesn’t even try for 8 piece all bits in.

Whoever has made this game has made it almost true to life. It’s so unbelievably rigged. Six throwing, timber shifting...... sort out the bugs and you’re onto a winner pal

A few tweaks and this’ll be great

Love this game but what happened to snake eyes all bits out on the first throw of the dice?

Great app for all ex matelots out there

Police self defence needs to be redefined. If these *uckers can't protect themselves against unarmed person without… 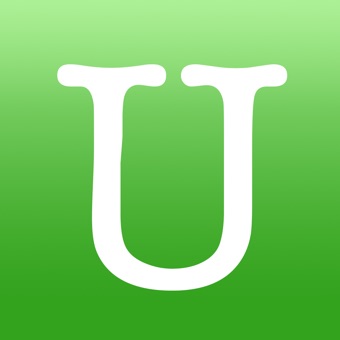