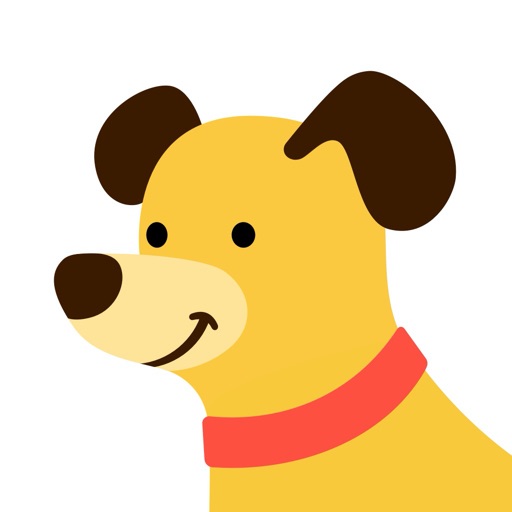 What is barkio: dog monitor & pet cam app? Barkio dog monitoring app turns two devices into a smart pet camera. Watch live video of your puppy, hear if your dog barks, and interact with your pet remotely. Staying close to your dog has never been easier.

Helpful Barkio features for all pet parents:
- live HD video to watch your dog, puppy, and pet
- record video and capture a photo during monitoring
- hear if your dog barks, howls, whine
- see if your dog is calm (motion detection)
- upcycle your older iPhone or iPad and give it a new purpose
- unlimited distance between you and your dog with WiFi and cellular data
- talk to your puppy and communicate remotely
- prerecord commands to calm your dog down
- 2-way video so your dog can see you too
- activity log to see everything your pup has been up to
- multiple platforms - keep an eye on your dog through phone, tablet, or laptop
- detect signs of separation anxiety in dogs
- all family members can monitor their pet
- no need for pet cameras, treat dispensers, or collars

For some functionalities, you need to purchase Barkio Premium (free trial available).

HOW BARKIO HELPS MONITOR YOUR PET?

Watch video of your dog
See what your pup is doing in a live HD video feed. Is your dog barking, howling, playing, or destroying your new pair of shoes? When the visibility is bad, Night Light can help with brightening up the room and catch the attention of your pet.

Hear every bark
Barkio transmits the sound, so you'll know if your dog is barking, howling, or whining, and you'll be able to calm your pet down remotely.

Distance is no longer a limit
Barkio works on WiFi and cellular data so you can monitor your pet from anywhere - from work, when running errands or when enjoying a night out.

Stay notified in every situation
When noise is registered, Barkio will send you a notification with an audio snippet. You'll be able to tell if your dog is noisy and needs your attention.

Power-saving background mode
When using Barkio in the background, the pet monitor will inform you about your dog through notifications. This mode helps to save a lot of battery on your device when monitoring.

Interact with your dog
With Barkio pet camera, you can communicate with your puppy remotely, calm it down, or stop your dog from disobeying. Whenever you can't talk to your pet live, you can prerecord your custom voice messages (commands) and use them to ease your dog's anxiety.

Communicate with two-way video
With our dog surveillance app, you will see your pet, and your dog or puppy will be able to see you as well.

Activity log
Barkio records noises, videos, or photos from each monitoring.These activity logs help you to understand your dog's behavior, and show any signs of separation anxiety, such as excessive barking, howling, or whining.

Invite family members to join
All family members can join Barkio and monitor the dog together. You'll also have access to logs from past monitorings on all your devices, to see how your pet's behavior improves in time.

Got any questions or ideas? We'll be happy to hear from you at support@barkio.com.

What do you think Barkio: Dog Monitor & Pet Cam app? Can you share your thoughts and app experiences with other peoples?

● shared Activity log - you can share the Activity log with a friend, family member, or vet to discuss the dog’s behavior ● minor issues fixed Thank you for monitoring with Barkio app..

Downloaded this app for our 3 month old puppy who has to stay crated every other week. It’s really helped my peace of mind knowing he is ok when I’m not there. Turns out, my imagination was way worse than reality :) Today it saved the day! I got multiple notifications that puppy was noisy so I pulled up the app just to find an empty crate with the door wide open! he had opened his crate door and was loose in the house!! Thankfully our neighbors have a key and work from home and went and rescued my house from my puppy! Without the app I would not have known until I went home for lunch! So this was well worth the money! The only odd thing which isn’t really a big deal is it won’t update the latest update. It prompts me in the app but when I go to the App Store it just says “open” won’t update. But the app works like it’s supposed to and for that I’m thankful.

I can’t believe the amazing camera quality even on non Apple phones. This app impressed me nonetheless. Compared to other apps this works the best for me and my dog. I have to thank you so much.

Ilikefree5tuff - Good for the most part

Works pretty good. But you have to reconnect when you move to another app. The muting resets back to off when you do. I was using it during a meeting, on my iPad, and switching between different apps, and I had to keep turning the mute back on after reconnecting. However, the good thing is, I never stopped getting the notifications, which were silenced because my iPad was on mute. So it worked for what I needed. Maybe the mute feature going back to default every time you reconnect will get fixed in a future update.

Krys1221 - Great when it actually works

On the good days that this app works, it’s exactly what I need it to be. Arbitrarily decides when it can and can’t load the video even though both devices are connected to WiFi and should have no connection issues. Makes it hard to stop your dog from getting into something when you can’t see them.

I love this App I couldn’t ask for a better app :)

I like the concept, but every time I try to listen to the recording on the history the app totally crashes and I have to start over. Not a very useful feature if I can’t ever actually listen. It’s just not reliable and doesn’t always connect well either.

I have been using this app for a week. For the most part it works fine. The only problem is one night this app did not work. The microphone did not pick up any sounds from my yelping dog. I discovered in the morning that my poor dog had no choice but to go potty in the crate 🙁🙁🙁

I paid for premium to ensure I wouldn’t run into basic issues. However, the camera failed while I was away and won’t reset. If you need something reliable this is NOT for you

Shrek-3D - Got a laptop and a smartphone? You have a dog cam

Does what it says on the tin and works consistently! 100% worth the yearly fee to keep an eye on your fur baby from wherever you are. The fact that more than one person can log in is great. Big fan.

Such a good app! Can talk to your pet, monitor them. So good when they’re such little puppies 😊

MariiaSydney - Now we always know what our puppy is up to!

The video freezes in btw. Otherwise its a really good application

Van-biker - Pretty good, but could be better