1. Touch, Hold and Drag to make the ball jump on the tiles.
2. Don't Miss the Tiles! And remember do not tap, this is not a tap tap game
3. Follow the rhythm of addictive challenges designed for each song.
4. Make insane combos and impress your friends!

- One-touch control, easy to play
- Breathtaking 3D effects
- 30+ absolutely beautiful and fun songs to relax
- 20+ Different backgrounds to truly bring you a new experience every play!
- Collect beautiful skins for your dancing balls
- Beat your own top score and challenge your friends!
- Share your record with your friends, and compare with worldwide players on the ranking list!
- Connect with Facebook account and sync the saved progress across multiple devices

Bounce off the magic music tiles, listen to the beat, and make as many hops as you can in this mind-blowing music game now for Free!

This game will create the whole new experience for music game fans!

What do you think Tiles Hop - EDM Rush app? Can you share your thoughts and app experiences with other peoples?

ItzCahh - Waste of money for vip😕

The song are covers and sound terrible

You literally can only have 3 songs, GIVE MORE and it could hundred percent be 5 stars

When I’m playing random games i usually get this ad, so the ad will show that you can play songs that they don’t show like, you type in a song you like that’s not on the list and it will play. And I looked up many,many times to do that. Other then that it needs more songs. And when I play a song it sounds nothing like the person who sings it, I recommend a different game.

Most of the songs are for VIP it’s anoyying.

nohyobuniness - You get three free songs

From the add I thought you could get a lot of different songs to do but you have to get a vip member ship to get more than 3 songs. Then the three songs you have to do them over and over agian then you get sick of them. I just don’t like it From Seb

iiCxpcakz - The Song Choices are to a Minimum

I like this game but I feel like if you don’t buy the premium, you only get three song choices. It is kinda sad when you scroll down the list and you see all of your favorite songs but you can’t play them because they are only for people that have premium- Anyways, yes I do like this game, but I would really like more song choices.

The game is good but we get too less songs without membership and before it was good, now most of the songs are membership only.

morgan mobley - I love this game

This app is the most amazing app that I’ve ever seen on the iPad. Get the app and install.Its free.

It’s good but I hate that it only has like three songs unless you use money to but more. 😭😭😭

I just want to have the song i do my hair toss that is all .

This is honestly my favorite game I could play it for hours.also try getting 1000on the first level it’s very hard.

I just love it

It a good game

I love the game but my thing is you see all these ads right then you get the game but you start playing a song. then you look for other song it most of them are vip some people like me do not want to spend money. Sometimes the songs they do have the song doesn’t even play the song. But over all I think this is a good game.

A.Kinng - It forces you to buy the VIP

I bought this game when it started(pay for no ads and all the pretty stuff). I love the update, the graphics and the music accuracy but I don’t like that now the songs I used to play most are part of the VIP scam. It’s useless now.

gnat 🐶 - Could be better

Hi. This game was very addictive and fun, but I could only play, like what, 10 songs (without paying money). I had a lot of fun, but deleted the app after a few days because of how little songs I could play.

ALL OF THE COVER SONGS?!

Ok so I was playing this game today and when I got on ALMOST ALL OF THE SONGS WERE STUPID VIP!!!!!!!🤬🤬🤬🤬🤬🤬😡😡😡😡 this really made me mad.So I decided to do a song and I messed up and when I finished the ad the game WAS FREAKING GLITCHING!!!!!!Can you pls stop vip cause it’s unfair to other people that want to do the songs and like 2 people pay $5.00 a month for stupid vip. Thank you and have a good day😊😊😊!!!!!

Kristie Williams - What did you do!?

Really?! I’m extremely disappointed in you guys! I’m a Tiles Hop veteran, and I cannot BELIEVE the horrible updates! First, you add actual, literal songs, then all the songs are VIP? I am not gonna play this game anymore. You better fix this. I cannot believe you guys. You are being absolute MONEY-GRABBERS! You are gonna lose SO MUCH PLAYERS!

The game was good until they added the subscription plan. Which was stupid. $5.99 per WEEK!!!!!! That is the stupidest thing ever. The music is pretty good but I’m not paying $5.99 per week for a game.

My son and I have had a lot of fun playing this game. It’s always a challenge and was great watching my 7 year old beat a hard and challenging song. Now we only have 5 songs that you don’t have to pay for. I have never heard of any game charging you $6 a WEEK!!! just to play. It is sad that I’m going to have to delete this app.

In the ad it has a box that says pick your favorite rap song. They played songs in the background like Roxanne and bop. The game doesn’t have any of the songs that were played, or a search bar. There used to be a feature where you could play songs from your Apple Music library, but it was removed. Therefore the ad is almost completely a scam.

I would rate this app a 3 star because 1. It is really good. 2 (What I don’t like). You have to have premium FOR EVERYTHING!!! There’s only like 5 that don’t actually have premium, AND MOST OF THEM ARE ONLY FOR ADS!! I think this is kinda dumb, and by now I have probably uninstalled it. Thank you for reading! GOODBYE!!!!!!!

This game is for four and up and you expect them to buy a VIP pass when it is unneeded. It used to use the diamonds to unlock songs but now you only get three songs. That’s so unfair and I suggest you get rid of the VIP on all songs. You can have it on some, but seriously? All the freaking songs? That makes the diamonds as useless as it makes the game useless. Nobody will play your app just for three songs. That was a stupid decision.

I loved playing this game, but recently they have moved almost all the songs I liked to play so that you have to pay to get them. It is still a great game but that is a bit annoying. I recommend it!

I think this game is awesome 👏 All if my favorite songs are on this app! But I don’t really like the voices of the people who sing the songs well some of them I don’t like.But overall the the game is pretty good.

This app is alright but the adds have very inappropriate music. It shouldn’t be for kids. My little brother was singing lil baby’s songs after this so don’t give it to your kids or relive add.

It is a very nice and fun app! But it has too many ads.

I LOVE it it’s the best

the person with a problem - Problem

I like this app by ads comes when u just finished and u barley need adds for every song.

If there was not adds then this game would be excellent!!

This is a really fun app, but there are WAY to many adds. Way to many. There is literally an add every time you finish a level and you can’t skip it. The adds are about 30 seconds to a minute, and it’s just so so so annoying that you can’t even skip them. Can you please make sure that you guys make the next update so that there are at least an add every 5 games. Plz. Oh and can you also add more hot songs for 2020. That would be nice. Bye! Hopefully you actually read my review and listen to it!

I would have rated it higher because my daughter loves the game itself. BUT it says you can “watch a video” to get another song then when you click on it it doesn’t work. Parents with kids who get bored of games/apps often don’t like spending money on 10+ different games a month and often times can’t afford it..

Good game to play and challenge

Bruh too many ads, When i try to turn off ads by not using wifi the whole game doesn’t work. YOU CANT EVEN DOWNLOAD THE SONGS IT ALWAYS SAYS “ Failed to Download data”.

Dhcksbxkksxnksbxksbc - Play your own music not available anymore

There used to be an option to play your own music, but it's been removed. That was the biggest reason I played this game so much in the past. They have a good song selection now, but I'm disappointed that the Play Your Own Music feature is gone.

It’s a fun game it’s just that when I type in my song it doesn’t let me play...and also their r TONS of ads!!!

doggy puppy enzo or oaklie - It was amazing and fun

Very nice, but it could have more songs. It also shows an ad after every game, even when I click “no thanks”

this game is kinda good but mostly bad, it is too easy and the songs are ok... but the game is still bad. I am sorry for the people who made this game, so I will give you a 3 star review, but really I give it a 1.

I love all the trendy songs

It’s a fun game, but it could use some new songs, and maybe some songs in other languages.

riveralloy - Best game I ever played

I unsubscribed the app last month , but still charge me money....what can I do ?

But extremely scary on stage 4 of alone by Marshmellow I got scared because the thing was moving too fast!

This game changed my life it music into it usually I would just watch YouTube but now I find myself playing this game!😜

Why do people think this game sucks because it is AMAZING

This game is the best game in the whole world 🌎.

This game was so much easier.

🥳 party - What if kids want to play

HOW THE FUCK DO PUT UR OWN GOD DAMN MUSIC! OMG I HATE THIS GAME!!! SO GOD DAMN ANNOYING!!! 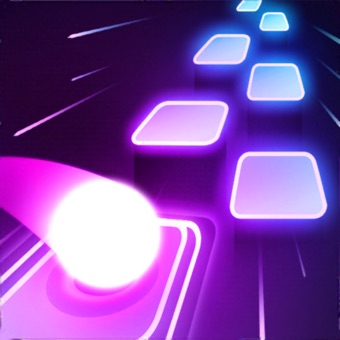