[Last Shelter: Survival] is a Massive Multi-Player, Real-Time strategy war game. The player will take upon the role of a leader of a small settlement in a world devastated by a zombie apocalypse. Build your own wasteland empire, train your troops, recruit legendary heroes and join your allies in the non-ending war even in the end of humanity. To befriend or to plunder, the choice is yours!

-World Wide War
Real-time combat against players across the world, lead your country to greatness

-Realistic Graphics
The Map, The World, Your City, The Units, The Heroes, Everything just seems, REAL

-Hero System
Whether you like to engage your enemies at a distance, take them on at close quarters, or you enjoy developing your base at home, there are TONS of heroes that can help you with just that!

-Strategic Gameplay
One set of units just simply cannot dominate, Fighters, Shooters and Vehicles, You have to know your enemy and yourself to walk the battlefield of this world.

-Alliance Warfare
Whether it’s going against different servers, or fighting for the title of the president at home, your alliance will always be backing you up, as long as you find the right people of course.

[Real Reviews]
“The game is really just a platform to meet friends from all over the world.”
“Ever joined a group of Russians and waged war against the entire North America? I’m American!”
“Joined a Mexican alliance, learned how to speak Spanish, got raided by Turks, and Canadians came and helped us, 9/10 would play again.”

What do you think Last Shelter: Survival app? Can you share your thoughts and app experiences with other peoples?

Version 1.250.180 Out Now Doomsday Conquest Total War 1. Gathering: Removed the no gathering 20km within alliance center rule 2. Alliance: When leaving an alliance that belongs to a different zone, all territories will be abandoned Eden Adjustments: 1. Base Repair: disabled in the Eden 2. Guild: Cannot kick members during the tally phase 3. Rallies: Alliance rallies disabled in the Eden 4. City: Truce time is now 2 hours 5. Specialties: After attacking bases, specialties can be used to return instantly Optimizations: Honor structures: Optimizesd building procedure Rewards Rules: When the season ends, if the leader didn't distribute rewards, they will be sent out automatically based on contributions. Season Recruitment: Season Tickets can only be used at the current or later seasons Fixes: 1. Reinforcements: Bases that left Eden can now be reinforced 2. Will: Fixed the garrison will issue 3. Banners: Fixed the occasional ineffective issue 4. Tally: Fixed the rank display error during distribution 5. City Effect: Fixed the range effect ineffective issue 6. Specialty: Fixed the development cost reduction specialty display issue Alliance 1. Ally location can be found even if they're in another state now Decorations 1. Bonus attributes will be given to some decorations (Base and APC)

I want to play game that is on the video ad. I downloaded it and thought I had clicked on a different game by accident. This is rubbish.

Good game if you have a lot of money to spend. I’ve deleted the app. Players head of alliance were too demanding with rules and power trips like they’ve warped their mind to a realistic view of the game. Game continued charged even though I’ve deleted the apps. Not worth it.

It is a strategic game, good game.

YusMelbourne - Love the game. It’s limited unless you spend

I love this game as it never gets boring. Been playing for 2 Years. Unfortunately unless you have money to spend and lots of it you can not be as good as the high paying customers. For example you have to spend money to open vip shop and to get gold hero’s. The people who spend money grow quickly. Some people spend heaps of money like thousands and in turn you become no one. Just to purchase one pack is like $15 aud which does not get much. Better off buying Xbox games.

vssidhu - Regarding not enough support

I have been spending money continuously in this game but i dis one misktake changing my class. Now they want 20 dollar to change it back. Not good

Poor show the game is nothing at all like advertised.... why? Because the actual game is garbage.

pay to win and many map hacks

My diamonds have gone missing two days in a row keeps dropping me back to only eleven,please fix this I've lost 65k

TGS1986 - Used to be good now rubbish due to greedy developers

This used to to be a great game and one I used to play everyday however slowly but surely the developers have made it harder and harder to do anything unless you pay more and more money. Unfortunately now I would recommend anyone wanting to give it a go to avoid at all costs.

This is 100% a pay to play game, the developers will rip you off every chance they get. You buy “hero packs” that are extremely expensive then receive no heroes for the money you spent. Then you’ll receive some stupid reply when you complain in broken English, telling you it’s like a chocolate box, you’ll never know what you’ll get next time.

Pretty standard game that try’s to suck money out of you. But you get than with every game. But bring back the old helicopter you fools!! Soooo many resources are being wasted since your update. Fools.

eventually need you to pay.

I like the game how ever it would be good if we could combine 1 min and 5min boosts instead of pushing the button 5000 times , that’s how many 5 min boosts I had

khsdsheniuwndiu - This is such a bad game!

Encouraging dangerous terrorism activities, this game should be banned!!!

This game all about $$$ not worth it

The game is initially fun as has some great strategy however... Everything is in the male pronoun when there is no need for it. It just makes me angry... Poor quality game platform, pointless upgrades that leave you locked out, multiple basic bugs, no beta testing. A useless complaint/tech support where the English is terrible and questions are not answered and tickets are closed without problem resolution. No communication about upcoming events. Trapped on a server without full game features with no migration. Doing anything in this game involves money and the developers are greedy. Just don’t waste your time by downloading!

After new update my game have problems like game speed going to slow after few minutes, game stop working sometimes, and sometimes pixel jumping up and down like crazy plz fix it , tnx

Today’s update has screwed up the game. Works for 2 minutes and makes phone work so hard it heats up. You need to restart phone to get 2 more minutes. Emails sent to support email address with 0 reply. Everything else works fine on phone. Avoid this update.

Freesia Tea - Latest iOS version has a bug, after normal recruitment, no back and also close tab does not work

Latest iOS version has a bug, after normal recruitment, no back and also close tab does not work This game consumes lot of time to play, also if you don’t pay, better don’t play, you will get bully with pay players. In the beginning of the game if you don’t pay, you grow slow, 2-4 times slower than pay players. In the later levels of the game, even worse, you will have to pay a lot or you will be serious disadvantage to pay a lot players.

The size ratio between people and building does not make sense. Cannot play on landscape mode. Play 5 minutes and that’s all.

Boring and ridiculous amount of ads

This game is great, does take a lot of work but just play smart and you will get there. Don’t believe all the hate.

jonsey the default skin - Unable to play the game

I downloaded this game while I was in China and a pop up in Chinese instructed me to put my Id into it or I can’t play the game. I am not a Chinese citizen. How do I play this game?

The game worked fine till a few months ago, now there are numerous bugs and crashes. Please fix it!!!$

Changes the rules if you have money. That is bribery. The result is that terrorist players are able to get away developer sanctioned bullying.

If you don’t spend a air bit of money you can’t really proceed far and the appear complicated and obscure.

ZitdemoN - A lot of errors and bugs to fix

I currently have an APC (1/2) stuck in a loop, when it returns home, the APC gets place an hour away to just start again. I’m missing 750 diamonds, if I spent them by accident which is possible I’ve no idea where. Would love to have a warning before doing so or some kind of ledger to see where resources go. There are a few other quirks that need ironing out. Oh... can’t find a feedback option anywhere. So this is where I post it. Cheers

To the developers who decided to lock states from migrating farms out but have taken money for tickets bought, will you be refunding money taken? Poorly thought out rules and borderline fraud.

Gentle_S - This is a really good game.

A good mobile game, at first, I downloaded this game because of YouTube and i always look at some movies about game on YouTube. After playing, i think it is really a good game, there are many friends that you can make with them and war with them also, you will feel excited and happy, i like this game lol

Crashes every two minutes on iPad.

I played this game for over half year. This is the longest war game i diving in. Come and share with your friends. :)

Developers have recently made some game breaking moves. They have been selling migration tickets but were not clear with people buying them that the rules are changing and never gave people enough time (5 days before the change went into effect). I’ve reported the developers to the accc, Apple and google since this developer has breached Australian consumer law for misleading and false advertising and refuses to refund people effected by these changes

download this game after watch his fake AD from YouTube. I thought it is a construction game and agains zombies. But I found it was not same as AD show. This game company gritty for make money from this rubbish game

Can’t build the road to continue

I got a new phone, how do i log back in to continue from where I stopped at my previous phone and not start all over

I’m giving this game 1 star because when it was advertised to me on IG it was advertised as a shooting game. Shoot the zombies, find safety drive around. A lot like GTA. But it was all a lie. It’s just another boring world building game were you tap on things to upgrade and kill them. 👎🏽👎🏽👎🏽👎🏽👎🏽👎🏽

Refused to open after loading 96%, just wasted over 125mb for nothing.

I found the game very interesting 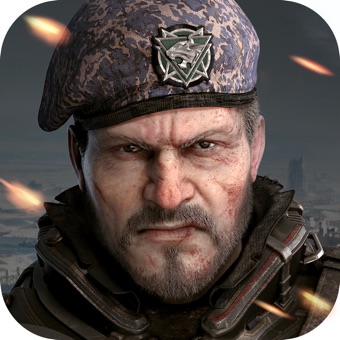