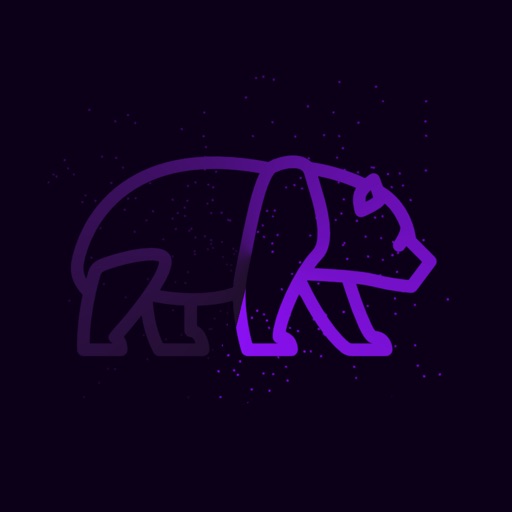 What is flow wallpapers app? Flow is one of a kind app that achieves a state of animation using various color shades and contrast levels which will greet you with a gentle animation when you raise to wake or open your lock screen.

Flow wallpapers are specific wallpaper that have been tested hundreds of times in order to get the perfect shades and contrast levels that will look best on your device. With flow you can generate your own wallpaper, with your own text which will behave the same way, this is done in device and in a brief period of time.

To set a wallpaper simply save one to your photos library and go to the Settings app>Wallpapers>Camera Roll and choose the wallpaper you just saved, you can either set it as still or perspective both will work fine and set it on your lock screen. Lock your device and tap the home button or rise to wake in order to bring up the lock screen and you should notice the animation effect on the wallpaper.

Flow wallpapers will work on any iPhone that can run the app. To get the animation effect you have to lock and unlock your device an you will see the wallpaper come to life gradually.

You can now subscribe to premium for $0.99/week or use the one time purchase for unlimited lifetime access.

Subscription automatically renews unless auto-renew is turned off at least 24-hours before the end of the current period. Account will be charged for renewal within 24-hours prior to the end of the current period, and identify the cost of the renewal. Subscriptions may be managed by the user and auto-renewal may be turned off by going to the user's Account Settings after purchase. Any unused portion of a free trial period, if offered, will be forfeited when the user purchases a subscription to that publication, where applicable.

What do you think Flow Wallpapers app? Can you share your thoughts and app experiences with other peoples?

How to contact Flow Wallpapers (Ronan Stark)?
Find this site the customer service details of Flow Wallpapers. Besides contact details, the page also offers a brief overview of the digital toy company. https://appsupports.co/1320460912/flow-wallpapers/contact

This app by far exceeded my expectations. The first time I saw my locked screen display that subtle light effect, I fell in love with it. It is well worth the $2.99 to make your phone look sharp as it did my iPhone 10XS. Will highly recommend to anyone wishing to have something no one else has on their phone. A great deal of attention to detail was taken in making this app, as I don’t buy just any mediocre thing that comes along. Keep up the great work. A+ from me. :)

Mrserious49 - Gave it a try

I saw the app and i too was a bit skeptical, but it delivers on all levels, yes, every claim. I am torn between these and live wallpapers although i’m sticking with these for now as i get to see the auto animations each time. I liked the way the app is laid out and for its uniqueness and execution earns my 5 stars. You get plenty of free wallpapers and no prompts for anything, so the other review calming the opposite is 100% a fake, which is a shame and shows what goes on these reviews.

Ive had multiple wallpaper apps by these guys and i downloaded flow and it is something i really like. Powerful wallpapers and i’m telling you the animations have me picking up my phone way more frequently just to see them. Its not often we get to see something different in this area and flow exceeded my expectations.. really.

I WANT MY MONEY BACK!!!! First and foremost I did not purposely buy this app. It was accidentally purchased by my screen freezing up and me pressing all over the screen and when the screen got back to normal I had purchased it. I never even did the authorization to purchase it. So I see I got it and I'm like well let me try it out. Been trying since Easter. Still can't figure this thing out. And I have the iPhone 8+. I set the wallpaper like told and lock and unlock the screen but it keeps showing the one picture and I'm not given options to choose more than one Pic.

AJ. O - This App is Fantastic

I have an I phone SE and it doesn’t have live wallpaper, however this app makes it feel like I do. I purchased premium, and it is definitely worth it. YOU NEED TO GET THIS APP. It is also good as the free version.

EricTurner - I was skeptical at first but it actually works!

I don’t know how, I think the color gradient plays a trick on the eyes paired with the subtle Apple wake animation but regardless is such a cool thing to see and have!

Žeżo - An incredible result from a perfect idea

What an amazing effect on background. I really like how he developed his idea, really a tremendous work!

I love this app so much

Every time I try to choose a wallpaper it says error can't save image. And once I paid for it. Now the animated photos are not included. It tries to make you buy another app for 99 cents. I refuse to pay another penny when i just got ripped off.

No picture wall, have to always scroll through the first page and wait till it loads every picture. Lame wallpapers. Nothing spectacular. This app is not worth what it charges. Not pleased at all.

some pretty cool wallpapers on this app, but having to scroll through each one, one by one, is annoying and slow. would be a lot nicer with multiple wallpapers on separate pages.

Just take this app down it’s ads-after ads, you can’t even preview the wallpaper! I would give it half or no star really bad job on how you develop this app✌️

The interface is worse than a website from 2005. It’s just not for me I guess. The photos are nice, however.

The pictures/patters just illuminate slow when unlocking. Disappointed with this app.

What a waste of my time. It went into photos and created a new folder from pics I already had stored.i don't need an app for that

The free wallpapers are all black and white. If you want anything beyond 5 crappy wallpapers be ready to pay. Not cool.

Purchase require as soon as you open app, which looks cheap & underdeveloped.

When you install it you’re asked to pay 0.99 per week. Cheating

Perhaps this just needs updated but currently not working on iPhone X.

Whatevermanidgaf - GIVE ME MY MONEY BACK

I bought this and payed my hard earned money for one pic that is not even animated. This company is a joke

No free wallpapers. You have to buy the in app purchase to use the app at all.

I followed the directions. Nothing is animated on my iPhone X.

I had a few problems with this app but the customer support responded quickly and tried to fix the issue. The animations are ok and the text generator is actually pretty nice. I actually love it. I have a request, please make the animation last a bit longer because they end very quickly even the premium ones. You try to make the shades much more lighter and then go fully black by the end but stretch out the shades so they last longer. Thank you

The applications Flow Wallpapers was published in the category Lifestyle on 2017-12-05 and was developed by Ronan Stark [Developer ID: 968657679]. This application file size is 17.43 MB. Flow Wallpapers - Lifestyle app posted on 2020-11-26 current version is 1.5.3 and works well on IOS 11.0 and high versions. Google Play ID: com.unicornapps.FlowWallpapers