STAY: Are you there? [Games] App Description & Overview

An interactive story with several endings where choices matter.
Are you going to leave him to his fate? Save him? Or even worse... make him live all possible endings?

When Quinn wakes up alone in a locked room with nothing of note save for a computer hooked up to a chat room, you become his single ray of hope.
Your choices – and your timeliness – will single-handedly shape his escape efforts… or lead him down the path to an untimely end.

GAMECRITICS "The Most Intense IM Chat Of My Life"

The indie game website "will leave you biting your nails"

STAY plays out in real-time, every minute spent away from the game is a minute Quinn is left alone.
Drop out of conversations or leave Quinn to fend for himself for too long and there may be consequences.

Prove yourself a compassionate ally and he’ll learn to trust you and share his findings and deepest thoughts. Fail, and his emotions may work against you.

STAY: Are you there? App Tips, Tricks, Cheats and Rules

What do you think STAY: Are you there? app? Can you share your thoughts and app experiences with other peoples?

STAY: Are you there? Customer Service, Editor Notes:

Two issues that were affecting the game experience have been fixed: - Progress in puzzles will be no longer lost after a notification is received or when the app is put on sleep / multitask - Playable area in some puzzles have been reduced to avoid sliding the notifications tab accidentally

STAY: Are you there? Comments & Reviews

This game is really fun but the later puzzles are more difficult and I feel should be explained better. I spent three days on the mirror puzzle before I just gave up. Besides that, very fun, interesting, and captivating. Maybe one day I can continue to enjoy the rest of it. 😅

I uninstalled and reinstalled the game but still no sound?

This game has great mini games and a good idea behind it but this only works if the game has good dialogue, which it doesn’t. At times the game drags on while the protagonist keeps babbling about random pop culture references, and the conversation is at time totally just dry and nonsensical. It feels like an AI wrote many of the lines because I can’t imagine a person ever speaking the way the protagonist speaks here.

Game as been on the interlude screen for 2 days

since the pull down menu and losing progress have been fixed this game is awesome. challenging but worth it when you finally figure it out

silk of spades - AMAZING AND FULL OF DEPTH

Character is complex and storyline is incredibly thought out and meaningful. Even small details tie in beautifully. Through Overcoming the Psychological turmoil of the protagonist as you work together to escape, you gain understanding and peace in your own. Just play it. You’ll learn something about yourself in the process.

Thesisnameisalreadytakenbuggy - 1.5 hours in the game took a fat dump

Game completely stopped working. Nothing but a black screen after an hour and a half. Fix the bug that disconnects you anytime a warning pops up on the screen.

This games needs more speed and action. Dialogues is somewhat fun experience, but it would benefit more from interactive experience.

Puzzles were too hard without proper explanation. Dialogue was just too drawn out and game was kind of boring. “All possible endings”, half the time there was only one proper answer, kinda dumb. Also, every time I accidentally pulled down the notification tab it completely kicked me out of the game. Thanks. Had to restart puzzles about 100 times so that was great. Not to mention the entire time the character is just a pretentious downer.

I’ve played this game multiple times over from the very beginning because it keeps restarting my progress. I played for an hour and a half this last time and it restarted from the beginning. Is it worth paying for? I don’t think so.

This game has too many puzzles, which are too hard to beat unless you are a nerd. The game also offers no hints, so you need to watch walkthroughs, which slows down the gameplay a lot. The guy typing is also very slow, should have an option to click through it. Despite these, the story is very good. So, 3 stars

It’s a really fun game but the puzzles can get ridiculous. There’s no kind of hint system and I haven’t been able to find the right version of walkthrough online so I’m just at a complete standstill in the game.

The challenges are super hard but still fun and the whole story is amazing!

I played for a decent bit the other day, and I get on today and it started the game over. It still shows my old text log where I ended at, but still reset the game... it seems like it could be a fun game, but I’m not replaying the beginning again just to find out.

I love this game! The concept is brilliant and so interesting and the story is great. I love that the choices actually matter. However. Every time I exit the app, no matter how far I got in the game before putting it down, it resets all the way back to the beginning. I played for two hours and then picked it up and the game was reset to 15 min. So frustrated after replaying multiple times in one day that I deleted it.

One of the best games for iPhone

I am in love with the concept/storyline of this game, but after an hour and a half in I closed out of the app to take a break. Once I reopened the app, none of my progress was saved and I had to start all over again. Please fix this issue, and it would be great if there was anyway I could get my progress back.

It’s a pretty cool game but a little slow and lacking on multiple levels. First of all they could’ve used the mood/chemicals more, they kind of just seem like they’re there for the purpose of narrative and they don’t really contribute much (along with several other things). Also, the game is super slow and I understand it’s supposed to feel like ‘a real time’ experience but it’s a little painful to sit there while the character is typing fragments of messages (even with type on fast). The items seem inconsequential, etc. Overall, cool concept and alright game but definitely not worth the price.

爆豪只做第一 - Good game but too many bugs

I like the story and the animation. I’d love this game if there ain’t so many bugs. I failed to save my game twice. When I closed the game, all my data was gone. I also met some other bugs, such as the wall that was supposed to crush after I solve the peacock puzzle crushed before I solve the puzzle. Please fix the bugs. And thank you for translating the game into so many different languages.

Great game but when the app was exited I lost two hours worth of gameplay TWICE because it didn’t save. Not really worth playing over again just for the same thing to happen. Really feeling like I wasted my money.

I want to be rembouresed

Good game but as soon as I closed the game once, I lost an hour worth of progress

It’s not a bad game, but there are glaring issues that take you out of it. For one, whenever you leave the app, get a notification or a low battery screen, it takes you back to the menu. There’ve been times where I’m about to solve a really hard puzzle but I get a text and have to start again. Plus most of the game feels really tedious since you can’t skip anything. Or if you can, I haven’t figured out how. Some of the puzzles are completely nonsensical and I have no idea how people managed to do it without a walkthrough, and because the story gives you no semblances, I’m here wondering why I’m even playing it and am tempted to stop entirely. It’s not rewarding at all.

George_!01 - Started amazing.. but then the bugs hit

My character died and I restarted at chapter 12, now every time I try to load the game I get a black screen on my iPhone and the app crashes to the home screen on my Apple TV. Lots of the menus don't work on Apple TV, for instance there's no way to leave the settings screen where the Menu button has been assigned to open a credits screen. Same with in-game menus which just aren't selectable. Tried reaching out for support but the support link the developers provide go to their website which doesn't seem to have any contact details or forms. The game is unplayable and now I'm down a few $$ ¯\_(ツ)_/¯

Keeps crashing - can I have my money back please?

Won’t let you play any of the puzzles, want my money back

didn’t load at all just clicked on it and it showed a black screen. i want my £4.99 back !

Game was going well. Enjoying the way it was dealing with mental health issues. However, now every time I load, it just goes to a black screen... not happy

Good game, engaging and fun. 5stars since developers updated and fixed bug that I previously mentioned :)

I’m really disappointed. Was doing well when I left the game, came back and it had thrown me back to the beginning although I’d kept all my items! This then happened again so I’ve given up. Not happy that this has cost me £4.99 :(

I have been playing this a few hours now and I absolutely love it. So clever and so engaging!

Hey you, is there something you want to say? Idk it can be about anything. I like this emoji: 🐣 I want it to stay…

@Mochievous: You think you can tell people who earn daily to stay at home for long periods and there won’t be push backs? Of course not…

There are so many crossover SUVs available nowadays, but did you know the Toyota RAV4 was the original?! Does this…

@AudaciousQuest: Why are you abusing Javed Akhtar? Taking extra precaution to stay safe is good. There are too many religious gatherings…

@LukeEdwardsTele: Do you know what best thing about a #nufc takeover would be? The end of Newcastle takeover stories. At the moment ther…

@OrangeBlackTeal: @BravoKiloActual I would argue that he didn’t force the congregation to go there or stay, if you’re going to arrest hi…

STAY: Are you there? 1.9 Screenshots & Images 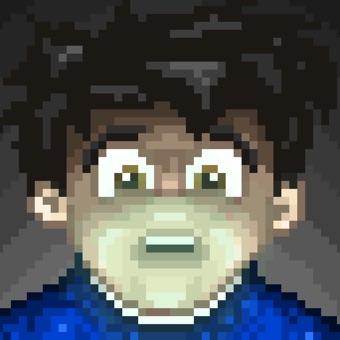 STAY: Are you there? Wiki

STAY: Are you there? Languages