Please before buy this Version try to using the Free Version (https://itunes.apple.com/app/id1147804589) and make sure the App working in your mobile.

Welcome to Whatscan – the easiest and fastest app that will let you open the same whatsapp account on 2 different Iphones or Ipads for Free!
Do you use chat apps regularly and specially Whatsapp? Do you want to open your whatsapp account on different Iphones or Ipads? If your answer is yes, then Whatscan is just the perfect app for you right now.
With Whatscan you can easily and fastly open WhatsApp web in your Iphone without opening your personal computer! And the best thing is that we will let you use all the functionalities of web WhatsApp, so you can send, receive messages or even images or videos, change your status, chat with your friends & family and many more easily within a few seconds.
All what you have to do is to download and install Whatscan from Apple Store on your Iphone or Ipad for Free, then you need just to scan the Whatscan QR code from your Iphone to clone the WhatsApp. You don’t have to do anything else! It’s all. Now you have the most powerful app that will let you open your whatsapp whatsweb account on more than one phone for Free!

Why you have to download and install Whatscan on your Mobile?
- We have a very Easy Interface to use, so everyone can use it simply without watching any tutorial. We worked hard to make everything easier to you.
- The best thing is that Whatscan is FREE and it will stay Free for life, so there is No hidden fees, no special memberships and no annual subscription fees. Everything is free here!
- Send and receive messages, pictures or even videos from your friends and family with Whatscan easily!
- Change your profile status or image fastly!
- We know that most of users around the world have 2 Iphones / Ipads or more and they may want to use the same whatsapp accounts on those Mobiles and that’s why we created this app! We want to simplify your life!
- Protect your messages and privacy with a password! No one will be able to open the app without your password.

So, What are you waiting for ? Download Whatscan now and enjoy opening your whatsapp account from different phones or tablet for Free!
We are always striving to provide the best user experience for our users. We are also looking for your feedback, suggestion or recommendation. Please, feel free to email us at " abbas.bourji@gmail.com " so we can continue to bring you the best experiences and updates.

Hint: Whatscan for whatsapp web is created by us, and it not an official WhatsApp application and not associated with WhatsApp Inc.

What do you think Whatscan Pro for Whatsweb app? Can you share your thoughts and app experiences with other peoples?

after update you don't need to scan the QR Code again. - Fix bug in the Chat List now can show again the Chats - Fix many bugs - Make App Faster

moodgiill - Waste of money not working

Waste of money not working

Waste of money do not buy does not work

Does now work I just downloaded it and I don’t understand anything. It is not clear and has no place to scan the WhatsApp code. I demand a refund.

Only showing the advertisements. Waste of money.

I have the some problems???

This application doesn’t work I want my money back

Purchased was the lite version now didn’t have the camera/scanner for QR code on WhatsApp. Paid for Pro and it’s exactly the same. Useless.

This app is the same as the first one. It makes you buy it. And doesn’t work. Waste of money

Do not wast your money, completely rubbish

I can’t use the app because When open It, the advertising of whats app appear on screen and can’t remove it or close this advertise. what can I do?

I think this app has great potential, but after a couple of uses... the App has refuse to work.. it only loads adverts even though it’s a paid App... I tried reaching out to developer and he says is I’m working on it. Apple needs to get involved and check the security on this app becs there’s something no right about it.

mookie scarlet - Avoid at all cost

Bought this thinking it was going to work. This App is a rip off. Paid for full version and it still doesn’t work. Asking for a full refund

App doesn’t work. After purchasing all you get is a screen directing you to purchase what’s app.

Unable to use the product at all !!! Thanks

Vngsaih - use less and add is there all the time , unable to use !

Useless app ! Even after paying I can not get rid of the add “whatsapp” . Even the old one has same problem and stopped working ! I am claiming for a refund !

I bought the program but was surprised after three times the usage was no longer usable again,. I can only say this scam program encourages you to buy but it is surprising that it is the same as the previous version of the program. I can say I want to return the amount that was taken for the purchase of the program, the program failed and thank you

Unable to read texts as only half the text is visible even on the Pro version, either a refund or fix this problem. 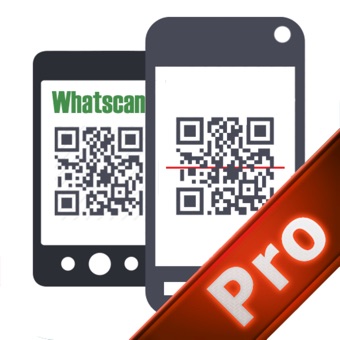