Join Trainers across the globe who are discovering Pokémon as they explore the world around them. Pokémon GO is the global gaming sensation that has been downloaded over 1 billion times and named “Best Mobile Game” by the Game Developers Choice Awards and “Best App of the Year” by TechCrunch.
_______________

UNCOVER THE WORLD OF POKÉMON: Explore and discover Pokémon wherever you are!

JOURNEY alongside your Buddy Pokémon to help make your Pokémon stronger and earn rewards!

COMPETE in epic Gym battles and...

TEAM UP with other Trainers to catch powerful Pokémon during Raid Battles!

Notes:
- This app is free-to-play and offers in-game purchases. It is optimized for smartphones, not tablets.
- It is recommended to play while connected to a network in order to obtain accurate location information.
- Compatibility is not guaranteed for devices without GPS capabilities or devices that are connected only to Wi-Fi networks.
- Compatibility information may be changed at any time.
- Information current as of July 11, 2019.
- Compatible with iPhone® 5s / SE / 6 / 6s / 6 Plus / 6s Plus / 7 / 7 Plus / 8 / 8 Plus / X devices with iOS Version 9 or later installed.
- Not compatible with 5th generation iPod Touch devices or iPhone 5c or earlier iPhone devices.
- Please visit PokemonGO.com for additional compatibility information.
- Compatibility is not guaranteed for all devices.
- Continued use of GPS running in the background can dramatically reduce battery life.

What do you think Pokémon GO app? Can you share your thoughts and app experiences with other peoples?

When we join new in say the Aloha region (Sun and Moon) we get those starters or Pikachu. Hey,just putting it out there.

Everytime I go to name a Pokémon and click it, it doesn’t work, it activates the animation for the Pokémon instead, I’m on the iPhone 8+ and it’s getting annoying having to tap the name icon 50+ times just to change the name

The new way to battle in the gym SUCKS you can never win because their Pokémon faint and get to stay and just lose a couple points. It’s absolutely ridiculous. Also what happened to swiping the icons to use the combat moves?? That was actually fun and made battles way more interesting.

My game keeps crashing when I try to quick feed my buddy. Kind of ruins the whole aspect of the new update

Used to play on account using gmail, then after a year I have no idea how to get my progress back, and I every time I try to create an account with a new Pokémon trainer club account it says unable to authenticate. I just want to be able to play this game again.

Vurlon - Surprises by the game

I don't like the fact you have to go to raid or arena and do everything there to participate to the fight. But beside that. Easy to get ball and find Pokemon. Surprisingly interesting. But hard to add friends. Don't hesitate to add me. 6332 0174 3468

After the new update the game keeps crashing every time I go to play, not to mention adventure sync keeps shutting off, the new update is horrible and it need to be fixed.

Don’t get me wrong, I usually enjoy Pokémon GO...when it actually works. It seems anytime there’s an update “fixing” bugs the app will constantly crash constantly. I might be able to catch one Pokemon if I’m lucky before it crashes. I’ve been in the middle of raids, fighting team rocket and the game just closes itself. Sometimes it doesn’t even get past the niantic screen. I’ve made sure it’s not my phone, and there’s plenty of space for the app to run so I just don’t understand what the problem is. It’s extremely frustrating and I’ve thought about just deleting the app when the crashes have happened one after the other constantly. I just don’t see how it’s so hard to take the time to fix the problems that the app is having.

subzero9999 - Worst registration of any app

I can’t remember my password, so to recover I have to somehow remember 4 other vague things, that if I knew I would certainly know my password!

Bug fixes and responses from support are fairly quick, updates every month, new ‘Mons as well as items and if you purchase boxes, they change from time to time (1-2 months), and now that Rocket Team, Giovanni and the buddy system have been introduced, there is so much to do! The most important thing is save your stardust! As well as being able to meet new people and create a live team, in person, to take down gyms and legendaries in raids with others!

I tried many times to log into my old account but every time they said an email was sent I received nothing. So then I tried making a new account but yet again I need to activate my account with an email, and I never received one. This is very annoying and needs a fix

giofilmsfan2342 - Plz add item trading and walking with your friends

This game is horrendous with its catch odds. Imagine throwing 15 curved great throws and it still runs.

Ella UwU - Good but eevees are WAY to rare

It started off crashing after 30 mins of playing. Now it crashes within 30 seconds when I open the app. Seems to be after the update.

This game is bad because some people die playing this game

It’s a pretty fun game. It really encourages you to get up work while having a great time but.... it’s incredibly luck based. For people like me who are extremely unlucky, it’s really hard for us to continue on. An example would be the “specials”. ( I’m gonna call it that for lack of a better term) I have been playing this game for twice as long as some of my friends however I still have yet to catch a ditto. Although I do have a ditto, I got it through trading and doesn’t count toward the special. It’s pretty upsetting that I have yet to encounter a ditto but oh well. Oh right, please make it easier to catch dittos. Give us a ditto community day or something. Please I’m begging you.

Love this game ! My only gripe would be that there needs to be more Pokémon in rural areas. I live only 15 min outside the nearest city and there’s no poké stops,gyms or Pokémon ANYWHERE. Maybe a feature that would allows users to suggest possible poké stops/gyms would solve this issue.

It is great so fun

I’m not going to show you my environment, stop it. And also, quit with the stupid “I’m a passenger” button. It’s annoying for passengers and for those who will be driving regardless it’s an added distraction you idiots. 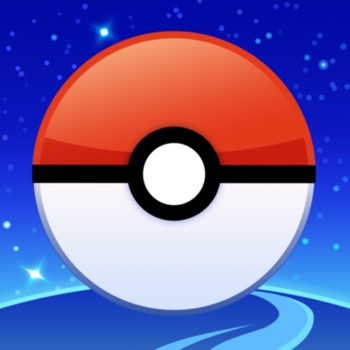